An “Ah-ha” moment leads to an Airstream life for an adventurous couple. 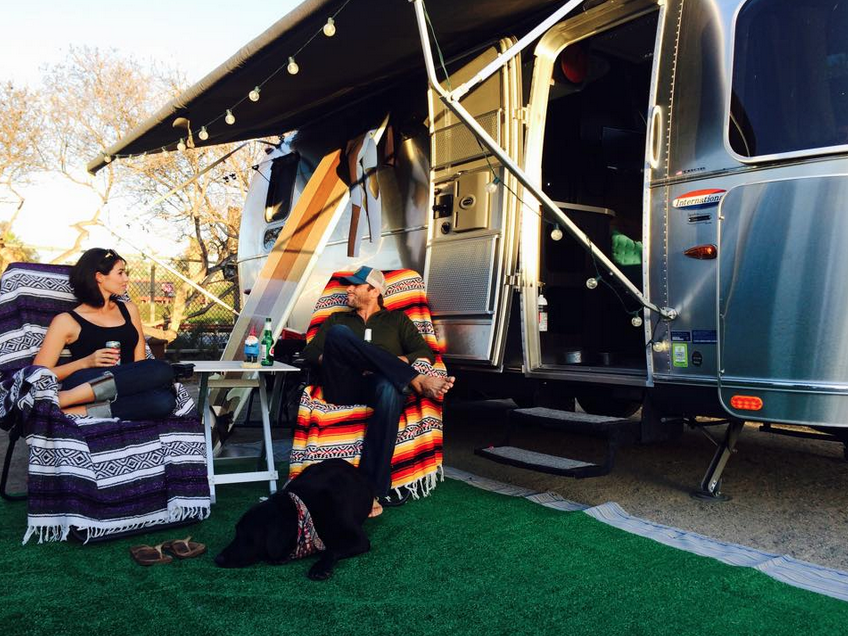 I’ve always been an intrepid soul, whether I’m running around the world on The Amazing Race in 2012, or running with the bulls in Pamplona, Spain in 2013. Every year seems to bring a new adventure, and 2014 hasn’t been any different. Call me crazy, but I’ve been living the dream life inside an airstream trailer. And I love it.

Starting in 2012, I started renting out my mountain home near Lake Tahoe and my other home in San Diego on websites like VRBO and Airbnb. It was a way for me to make a respectable income stream while I started my new business, Air Concierge.

Fast forward to spring 2014. House rentals kept picking up, inquiries were on the rise, and I was booking out both places regularly. This meant that I had to turn to more stable and proximate temporary housing options for my own use to keep Air Concierge running, which quickly led to some problems. Major problems that stemmed from renting out other people’s places and spaces (bed bugs, allergens, lack of typical home appliances, no wi-fi, you get the point).

Still, my girlfriend, Claire, and I were able to enjoy my Cardiff house every now and again between renters, and on one weekday trip home we stumbled across the May 2014 issue of Sunset magazine in our ever-growing pile of mail. With a cover photo of a Happier Camper proudly parked in front of Big Sur, we suddenly had one of those shared “A-ha!” moments.

A few Google searches and Pinterest boards later, we thought we hit the jackpot. A fun, funky, and totally restored 16-foot 1977 Airstream came in at around $10,000. It seemed to be the perfect solution to our housing problem, except for a few issues.

For one, this particular rolling home didn’t exactly roll. Along with that, it was sitting in Texas while we were in San Diego. We were stumped for a few minutes until we realized that maybe just finding a new housing solution wasn’t the final step. What if this means that we were ready for an entirely different lifestyle? It was time to put aside our retro mindsets and look at something a little bigger and up-to-date, which equaled more expensive. 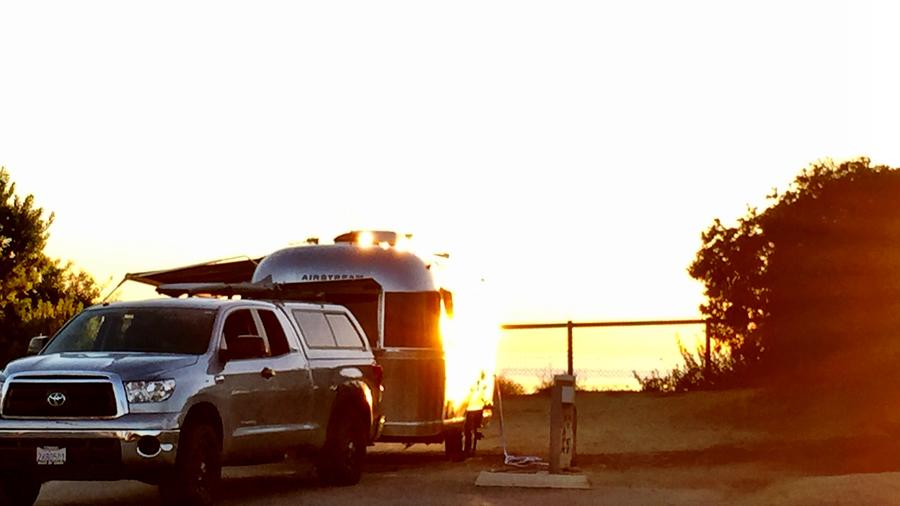 After crunching the numbers and comparing the costs of renting other people’s homes vs. buying our own new Airstream, we calculated that we’d come out ahead after around three years of Airstream ownership. With an expected 50-year lifespan, plus the romantic lifestyle of freedom and adventure, it became a pretty easy decision.

Today we’re the proud owners of a 2014 Airstream International 23D. In the last month, we’ve lived by beaches from the Silver Strand (Coronado) to San Onofre (San Clemente) and plenty of other amazing Southern California locations as well. Using campsite shore power, our trailers’ battery, a generator, sunlight, or candlelight to light our way, we’ve downsized from two homes and 4,000+ square feet to 1 home and 160 square feet—all with our black lab along for the ride. It’s been as fulfilling for our spirits as it’s been for our relationship.

Will this be a permanent home? Probably not. But considering that our non-mobile homes are rented out for almost half the year, it’s pretty much guaranteed with we’ll be enjoying Airstream life for the other half, and we couldn’t be happier. It’s a Sunset-fantasy-turned-reality. 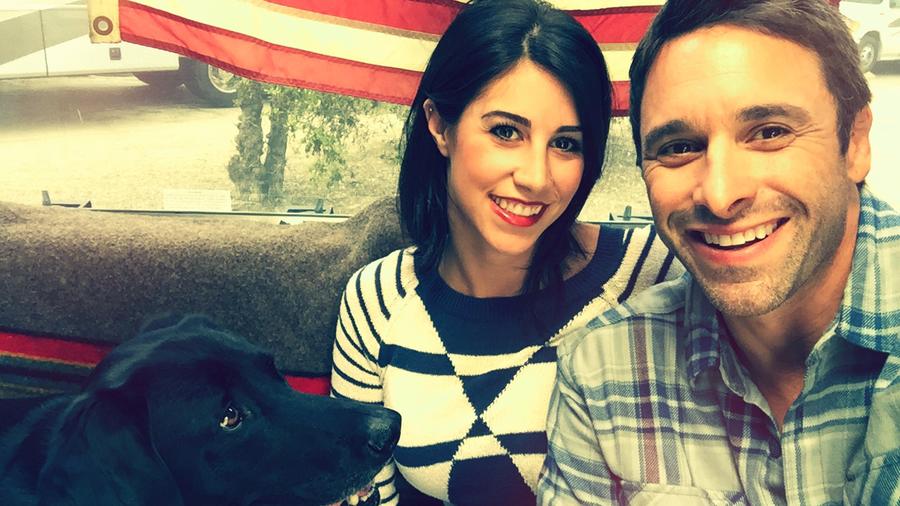 Claire, Ryan, and Elton the dog inside the Airstream.

As I sit here today, we are camped in the San Elijo State Campground (Cardiff-by-the-Sea), spot #18, backed up to the bluff with a golden yellow setting ever-so-gently behind a glassy Pacific Ocean. Picture perfect. As the seasons start their annual change (from summer to fall) we are in the process of doing the same with the interior of our new home. We are looking forward to sharing with you in our next post how we are going from a sleek, modern, cool interior to something more cozy and warm. Rustic cabin meets lumberjack and wool blankets. Happy holidays from our happy airstream home. Until next time.

For more, check out our Airstream on our blog at www.airconcierge.net/blog.