On any given summer day, the waters around Seattle (Lake Union, Lake Washington, the Puget Sound) are bustling with water toys: sailboats... 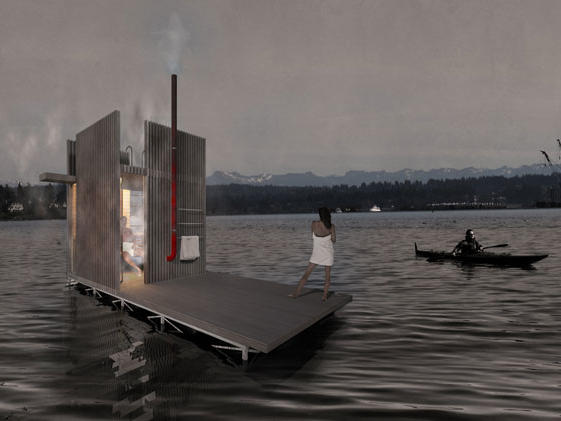 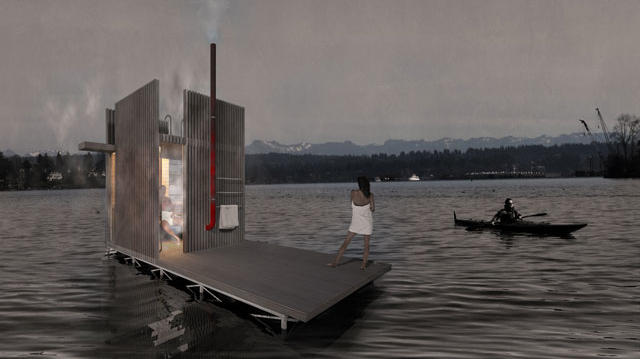 On any given summer day, the waters around Seattle (Lake Union, Lake Washington, the Puget Sound) are bustling with water toys: sailboats and kayaks and SUPs (standup paddle boards). There are even SUP yoga classes. Yes, people hold yoga positions while balancing on boards floating on the water. (I am not one of those people.) Whatever the aquatic activity, on sunny summer days it’s hard not to duck out of the office a little early, at #beachoclock.

Winter is a different story. The early part of spring too. The days are shorter, grayer, wetter. While the fourth of July on Lake Union can be so packed with bathing-suit clad people on boats that it looks like a scene from MTV Spring Beak, you can find yourself lonely on the water in December or February.

But maybe not next year.

Seattle architecture firm goCstudio, has drawn up plans for a wood-fired floating sauna that would make good use of those cold bodies of water during cool-air months. Actually, I’m confident it’ll be popular year-round.

What started out as a fantasy concept called the “wa_sauna” quickly gained popular market demand by the enthusiastic Seattle design community and beyond. So much so, Jon Gentry and Aimee O’Carroll, the duo that are goCstudio, have turned their renderings into a Kickstarter campaign, currently attempting to crowd-fund the project.

Imagine kayaking out to the dock, enjoying the hot-zen sauna experience, and then cannon-balling off the roof platform into the refreshing chilly waters when you can’t take the heat any longer. (All while enjoying the beautiful Seattle skyline and surrounding mountain ranges.) Sign us up! 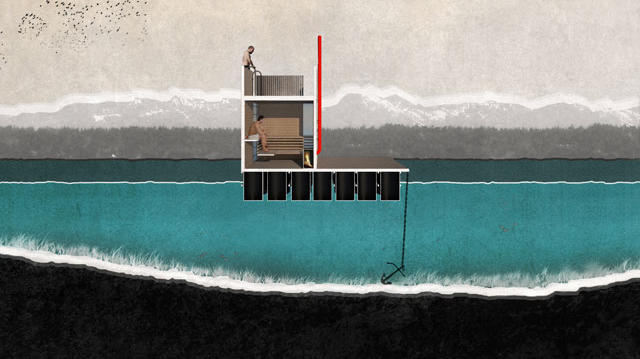 Learn more about the project here. And if you kick it at least ten bucks, you’ll have your name wood-burned onto the first wa_sauna!