Royalty, Chinatown, and movies on the beach 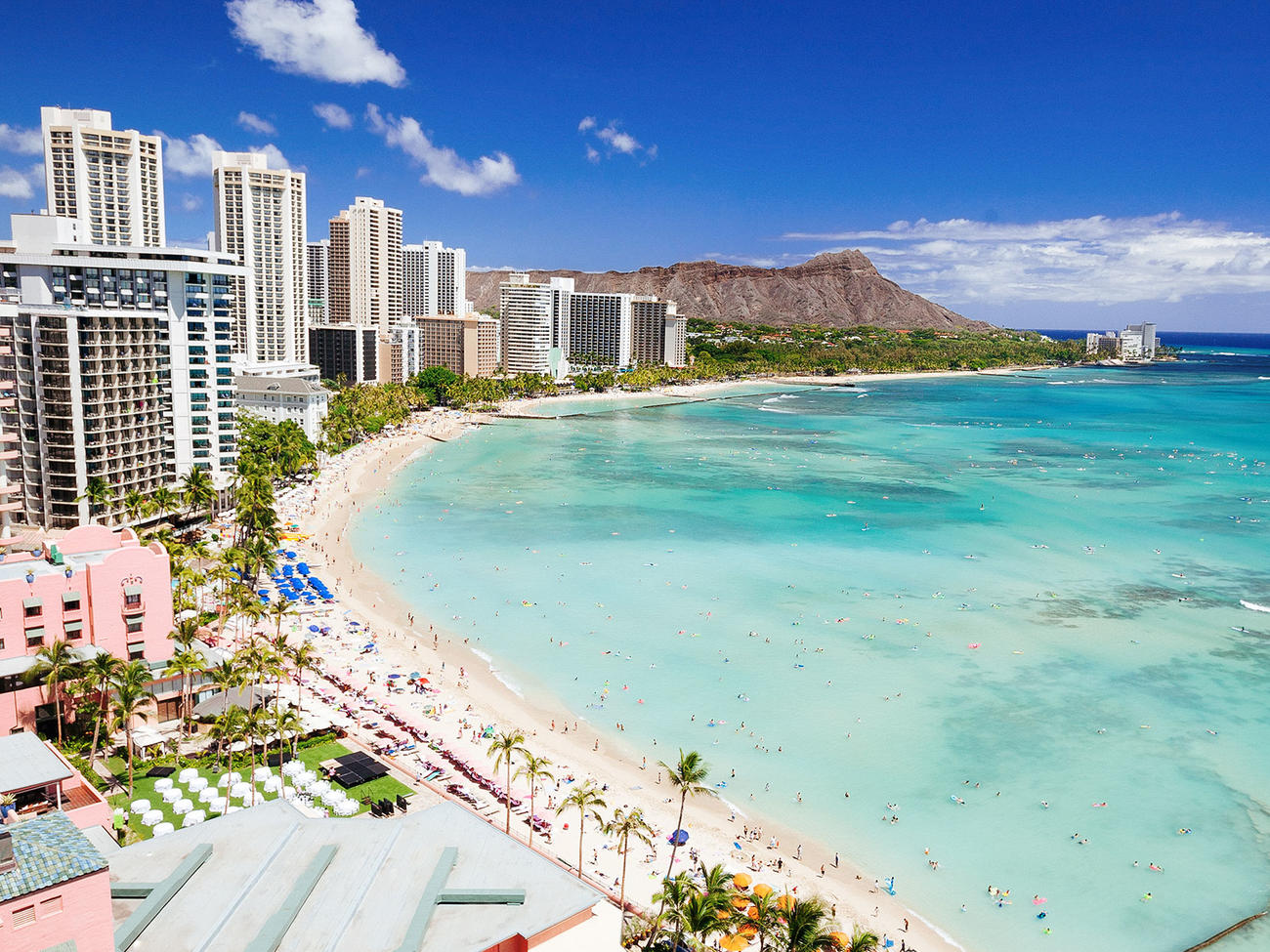 Lisa and I had breakfast at the beachfront Starbucks on the corner of Kapahulu and Kalakaua Avenues. Lisa sipped a large green tea and nibbled on a pineapple-bran muffin. I savored fresh papaya chunks purchased next door at one of the ubiquitous ABC Stores (total breakfast: $6.76).

Next: sightseeing. The #2 bus ($1.50 per person each way) took us through the historic center of Honolulu and dropped us at Iolani Palace. You can reserve an excellent guided tour($20) or simply stroll the grounds surrounding the ornate building where Queen Liliuokalani lost her kingdom in 1893.

After wandering through the coral stone

Kawaiahao Church nearby, we walked west through the Bishop Street business district to Chinatown, a warren of two-story brick and stone storefronts, some dating back to the 19th century. Honolulu’s seedy stepchild only two decades ago, Chinatown is changing as galleries and upscale restaurants open amidst the herbal shops, pho houses, and open-air markets. On Maunakea Street, the flowery fragrance of the lei stands―the best bargains in town, with simple plumaria leis starting at a few bucks―wafted into the air. We admired but did not buy. But at the Maunakea Marketplace, we surveyed the Hawaiian seafood andAsian produce and couldn’t resist a half-pound bag ($3) of fat, luscious litchis.

Legend Seafood Restaurant a dim sum palace, is always packedat lunch. We ordered from steaming carts of fried turnip cakes and boiled shrimp and scallion dumplings. I maxed out after the eggcream buns ($28.65 total), a victim of Polynesian paralysis.

After a stop at our hotel, we needed sand time. A 15-minute walkeast past the aquarium led to Sans Souci Beach. Lisa penned postcards under a palm while I snorkeled calm waters where angelfish lazed. Polynesian paralysisfinally won. I took a nap.

After a shower we headed back to Queen’s Surf Beach. We took adusk stroll and readied ourselves for Sunset on the Beach, a weekly program of free, big-screen, oceanfront flicks (movies begin at 7:30). Lisa held our patch of sand for Indiana Jones and the Temple of Doom while I lined up forhearty “plate lunch” dinners from Moani’s Country Kitchen, one of the vendors that feeds the movie crowd. The teriyaki chicken plate with macaroni salad was greasy, but the haupia (coconut pudding) was divine ($13, including drinks).I also bought freshly roasted honey- and cinnamon-coated macadamia nuts from the Nutty Hawaiian ($3 for a small cone). Cinema paradiso, Hawaiian-style.Day’s budget $129 in pocket