Eating Up the West Coast: A woman walks into a bar

Brigit Binns, author of Sunset's "Eating Up the West Coast" cookbook, shares her experiences as a solo diner in Oregon bars.

The Nehalem Beehive, a bar near the Oregon Coast. (Justin Bailie)
Written by sunsunset31 September 26, 2017
Share this story 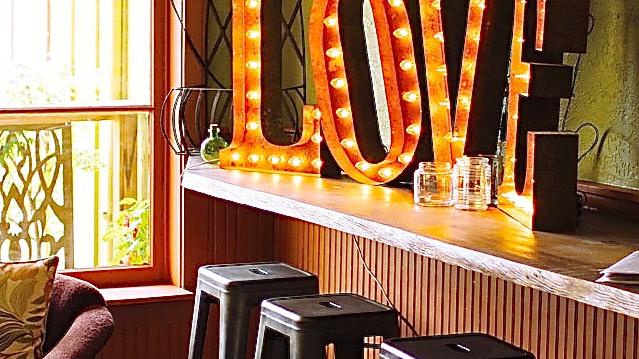 The Nehalem Beehive, a bar near the Oregon Coast. (Justin Bailie)

Brigit Binns is the author of Eating Up the West Coast, an adventure-packed road-trip cookbook that she wrote for Sunset. Here, in her third in a series of guest posts, Brigit shares her tips for discovering good eats while dining solo—but you can join her for dinner this Saturday at An Oak-Kissed Evening Under the Stars at Refugio in Paso Robles, one of the events at Sunset Savor the Central Coast.

If there is a bar, I always sit at it when dining alone. (It seems less pitiful, in my beyond-cougar age group, and bartenders usually know everything about a community.) While researching Sunset’s Eating Up the West Coast: The Best Road Trips, Restaurants, and Recipes from California to Washington last winter, I ate solo at a lot of bars.

At Castaways, a festive and tiny tiki bar in Cannon Beach, Oregon, I sat at a cozy, atmospheric bar offering carefully crafted cocktails. Unfortunately, petrified of the massive lumber trucks on Highway 1—with their malevolent headlights—that would invade my 10-mile trek back to the hotel in Manzanita, I couldn’t partake of said cocktails. Okay, I was feeling a little sorry for myself; crying in my near-beer, as it were. 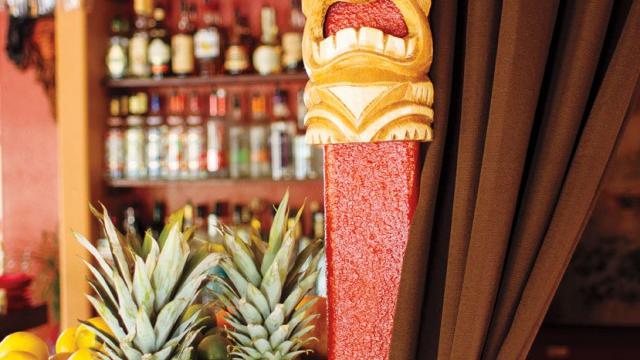 Then, I struck up a chat with a fellow barfly—a traveling timber businessman, natch—who was so full of recommendations, he was like an encyclopedia of road-food. This sixty-something gent gave me fodder for at least six stops, and each one proved truly golden. My Google-Yelp-Urbanspooning technique of researching places to stop and nibble couldn’t hold a candle to Jim Litherland.

“Try the Beehive in Nehalem,” he urged, and I did. The little tea house/holistic lifestyle hub also functions as the wintertime farmers’ market, and was so new at the time that it would never have made it into my book had Jim not alerted me to its presence.

He then fed right into one of my other road-tripping obsessions (of which I’m not particularly proud), the Slim Jim. The Slim Jim is a particularly American food stuff, a filling-station staple for those on the go with, one might jump to the conclusion, few dietary scruples.

But stop by “Home of the 2-foot Slim Jim!” at the Tillamook Country Smoker outlet—fittingly housed in an old gas station—and you’ll feel far better about giving into the lure of a smoky-meaty tube steak (I did, anyway). Guess what? It’s all 100% USDA-approved meat, lovingly cured and smoked in this scrupulously clean facility (and the ultimate bargain, at $1 a stick).

Thus fortified for the very (very) few moments of hunger I ever experienced on my two-month culinary hegira, I continued along the road, ever watchful for one of Jim’s recommendations, my own discoveries, and the jewels provided by a massive pile of Sunset back issues perused in my home office before departure. Apart from my brilliant canine companionship, it was a solitary drive.

But at the end of the day, I always knew there would be friendly humans, satisfying sustenance, and spirited refreshments at the bar.