Just published, Stewart's 'Girl Waits With Gun' is based on the forgotten true story of one of the nation’s first female deputy sheriffs. 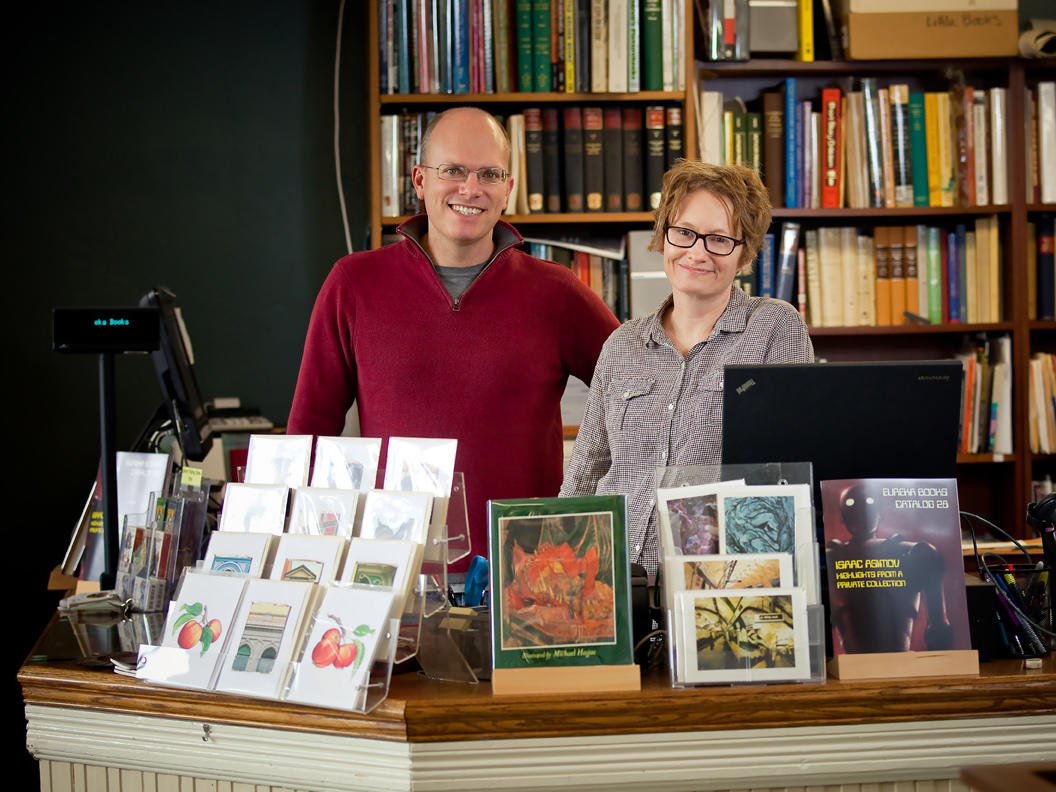 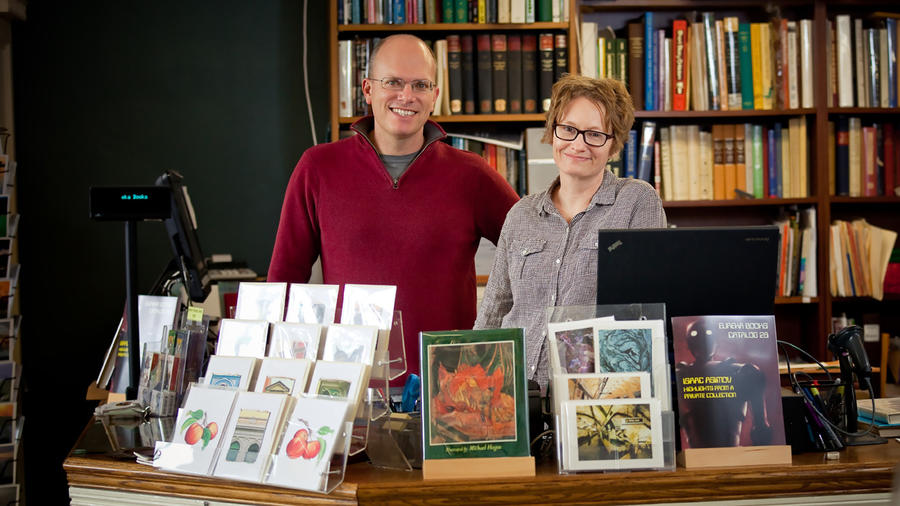 Writer Amy Stewart is widely known for her six nonfiction titles about gardening—and the allure, curiosity, and danger of plants and the natural world. Stewart has appeared in Sunset‘s pages on topics ranging from the cut-flower industry to poisonous plants to botanical cocktails, all themes of her bestselling books.

And now, with this month’s publication of Girl Waits With Gun (Houghton Mifflin Harcourt), her first novel, we discover a different type of Amy Stewart narrative. GWWG, as she likes to call it, is based on the forgotten true story of one of the nation’s first female deputy sheriffs:

Set in 1914, the book introduces readers to Constance Kopp, a protagonist who doesn’t quite fit the mold of her time. Constance towers over most men, has no interest in marriage or domestic affairs, and has been isolated from the world since a family secret sent her and her sisters into hiding fifteen years ago. One day a belligerent and powerful silk factory owner runs down their buggy, and a dispute over damages turns into a war of bricks, bullets, and threats as he unleashes his gang on their family farm. When the sheriff enlists her help in convicting the men, Constance is forced to confront her past and defend her family—and she does it in a way that few women of her time would have dared.

Stewart is a well-known personality in the gardening world, so I’ve been fascinated to follow along as she’s shared with me the stories of her transition to fiction. Here’s a bit of background: 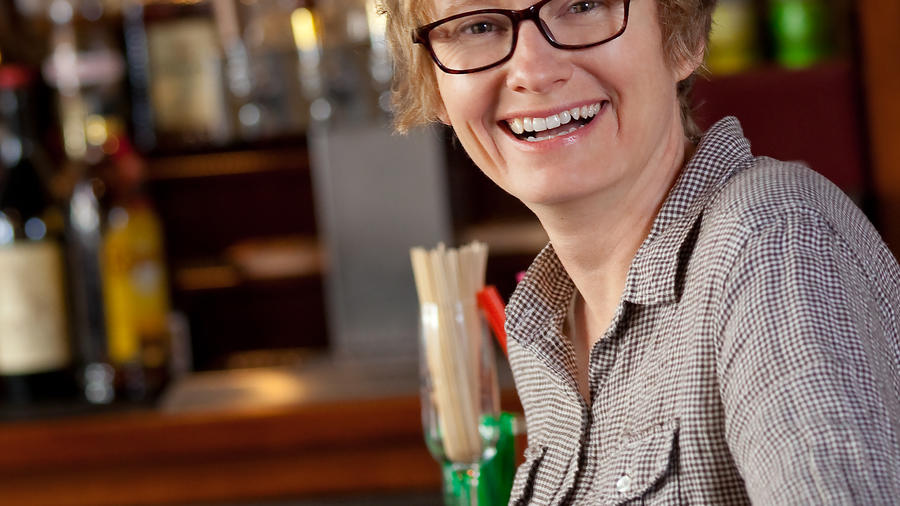 “While researching The Drunken Botanist,” Stewart explains, “I ran across a story about a man named Henry Kaufman who was arrested for smuggling tainted gin. I thought I should do a little more investigation to see if Henry Kaufman went on to do anything else interesting. That’s when I found an article in The New York Times from 1915 about a man named Henry Kaufman who ran his car into a horse-drawn carriage driven by these three sisters, Constance, Norma, and Fleurette Kopp.

“They got into a conflict over payment for the damages, and it escalated from there. The sisters received kidnapping threats, shots were fired at their house, and they were generally tormented for almost a year. I never did figure out if this Henry Kaufman was the same one who was arrested for gin smuggling, but I kept digging into the story of the Kopp sisters.

“Once I compiled a short stack of newspaper clippings, I thought, ‘Well, surely somebody has written a book about the Kopp sisters. At least a little local history book, or a children’s book, or something.’

“I was amazed to find out that nothing had been written about them at all. There was no book, no Wikipedia page—nothing. They’d been completely forgotten about. I reconstructed their life stories from scratch. A lot of people write historical fiction about well-known figures from another era, but I think it’s a very different thing to pluck someone from obscurity and put the facts together for the first time.”

Stewart says that much of her research for the book came during a Portland residency co-sponsored by Portland State University and Tin House. While she was a writer-in-residence and teaching at PSU’s MFA program, she had time to dig into the story. And, as she is married to a rare-books dealer, Stewart was able to tap all sorts of wonderful old books on criminals, police work, and even crime fiction of the 1910s.

But don’t think that Stewart has completely turned her back on fans of The Drunken Botanist. Of course she created a drink to complement Girl Waits With Gun. She shares it with us here: 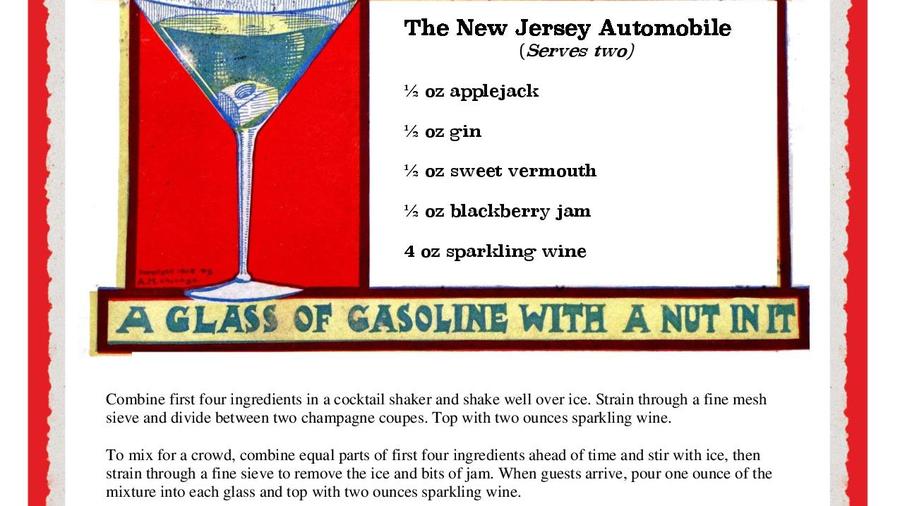 While reading Girl Waits With Gun, I couldn’t help imagining it as a film and wondering which actor could portray each of Stewart’s thoroughly developed characters from the past. I found myself cheering for the Kopp sisters and wanting to see what they would do next to thwart the bad guys and save the good ones. Lucky for us, the future promises a second (and possibly third) installment of these madcap adventures, based on real lady detectives.

Stewart just started her West Coast book tour; catch her this week and next:

Guest blogger Debra Prinzing is an L.A.- and Seattle-based writer and the founder of SlowFlowers, a website to help locate American-grown flowers near you.