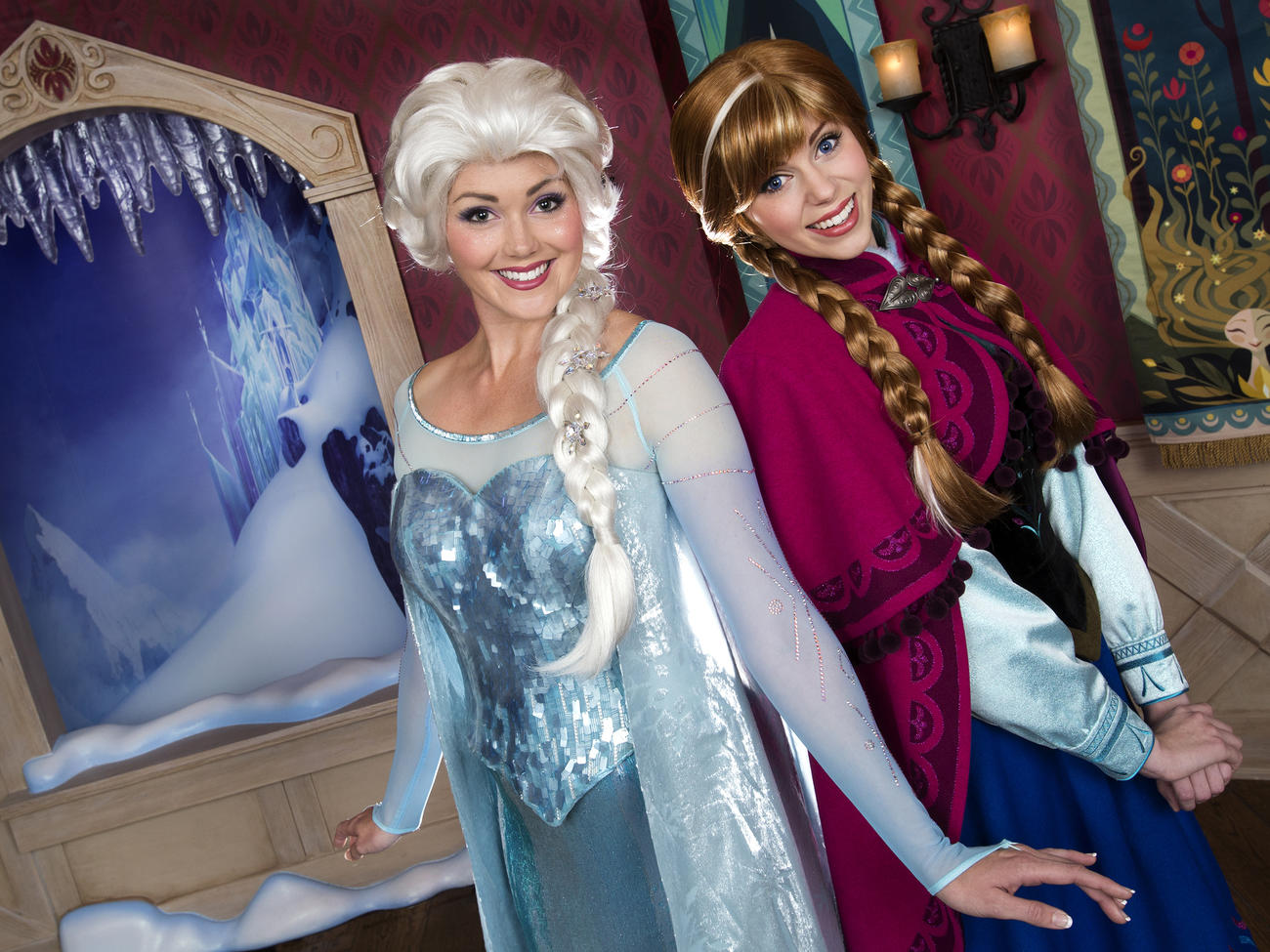 What would you ask Anna and Elsa if you could meet face-to-face? Now’s your chance to curtsy to the queen and princess at a royal greeting inside the Arendelle castle at the Disney Animation building on Hollywood Boulevard. So go ahead, quiz Anna on her favorite sandwich, ask whether Elsa makes the occasional jaunt to her ice castle, and inquire if Sven still craves a bite of Olaf’s carrot nose. And if you’re captivated by the moment, don’t worry—a photographer is on hand to capture the magical meeting. Open daily during park hours.

Next, hop in line for your very own warm hug from Olaf at the Disney Animation Building. If you need help tracking his whereabouts, just check the character option on the Disneyland app and follow that little snowcloud. (Pro sugar tip: Get a bonus Frozen fix during the holidays with an Olaf Marshmallow Wand from treat shops like Disneyland’s Candy Palace or Downtown Disney’s Marceline’s Confectionary.)
Courtesy of Disneyland Resort

Do You Want to Draw a Snowman?

Now that you’ve seen Olaf in person, it’s time to see if you can recreate him at the Animation Academy. Guests can learn to draw some of their favorite animated friends via step-by-step instruction (plus tips and tricks) led by Disney artists. Sketch well, because you can roll up that illustration you just worked so hard on and take it home as a souvenir. Classes are held throughout the day. Check the schedule in advance to see what time Olaf is being illustrated.

Next, take a detour off Buena Vista Street to Carthy Circle Restaurant, a replica of J. Harvey McCarthy’s 1926 Carthay Circle Theater in Los Angeles (the very theater where Snow White and the Seven Dwarfs premiered in 1937.) The three-course meal aptly concludes with Olaf’s Summer Dream Vacation dessert:  A pair of cream puffs filled with vanilla custard, cracked meringue, a chocolate flurry, and Olaf’s face in white chocolate. Summer! Reservations are required in advance and include priority seating for “Frozen – Live at the Hyperion.”
Courtesy of Disneyland Resort

You’ve lost track of the number of times that you watched the movie (millions, maybe?), so grab some popcorn and catch the live production of “Frozen – Live at the Hyperion” in Hollywood Land. Though make no mistake, there’s about zero magic lost on the live adaptation. For starters, you’ll see snowflakes fall inside a ballroom where Anna and Elsa build a snowman for the very first time and later watch as Queen Elsa unleashes her ice powers to form a soaring ice castle on top of the North Mountain. Performances are held three times daily. Seating is on a first come, first serve basis. Guests can get in line one hour prior to show time.