The parks’ best attractions, getting there, and when to go 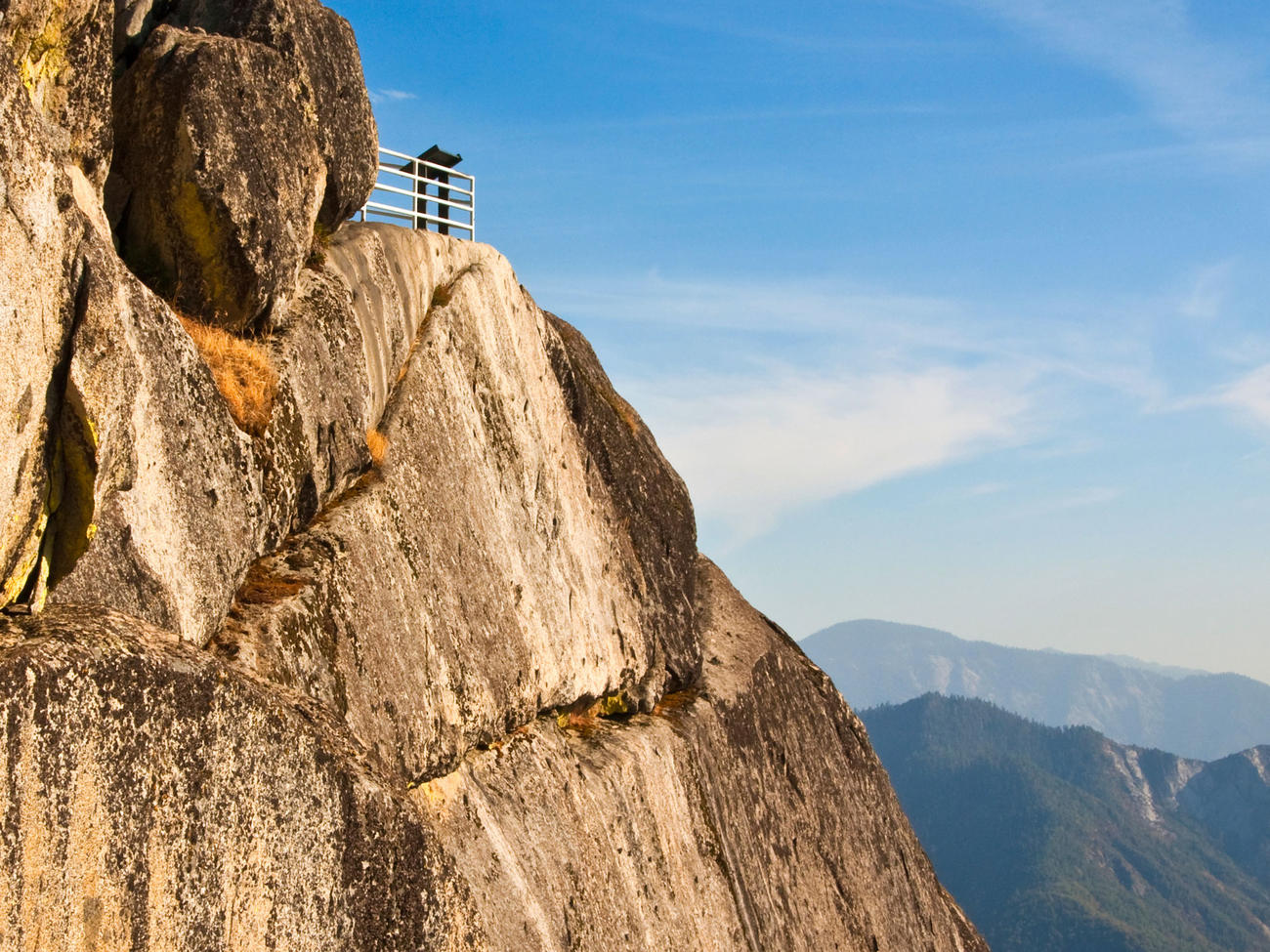 Sequoia and Kings Canyon National Parks lie in the Sierra Nevada range in Central California, about 230 miles north of Los Angeles and about 275 miles southeast of San Francisco.

Size matters: This 2,100-year-old giant sequoia, in Giant Forest, is the largest (by volume) tree on Earth, weighing in at an estimated 1,385 tons.

Like many of the parks’ trees, it was named in the 1870s for a leader in the recently fought Civil War—in this case Union Army general William Tecumseh Sherman.

You’ve come to see the trees, of course. And you won’t be disappointed.

Count the giant sequoias of Sequoia National Park as one of those natural wonders you need to experience in person, because no picture does them justice.

Estimated to be up to 2,700 years old, they rise nearly 300 feet tall and more than 100 feet around, making them the largest (by volume) trees on Earth. And they flourish only here on the western slopes of California’s Sierra Nevada.

Sequoia’s giant sequoias are knockouts. But 635-square-mile Sequoia National Park and its next-door neighbor, Kings Canyon National Park, contain a whole vacation’s worth of other attractions to awe you.

Kings Canyon Scenic Byway (State 180) begins in the Sierra Nevada foothills, then runs through the spectacular glacier-carved canyon that gives that park its name.

On the south edge of Sequoia, Mineral King is one of the most beautifully untouched yet accessible oases of mountain wilderness around.

Think of this as Sequoia’s secret: a hidden valley up at 7,500 feet reached by a winding 28-mile road.  It’s a trek, but you won’t be sorry when you get there—Mineral King is gorgeous.

You can backpack to camp here (wilderness permit required–cost is $10 plus $5 per person; purchase at Mineral King Ranger Station or online at https://www.nps.gov/seki/planyourvisit/wilderness_permits.htm), camp at nearby Cold Springs or Atwell Mill campgrounds, or stay at the rustic cabins of Silver City Mountain Resort on Mineral King Road.

And if you’re up for adding a major accomplishment to your travel Life List, the highest mountain in the contiguous United States, Mt. Whitney, stands at 14,494 feet on Sequoia’s eastern boundary.

For the best introductions to the parks, head to these visitor centers.

Lodging and restaurants are clustered at Lodgepole Village and Wuksachi Village in Sequoia, and Grant Grove and Cedar Grove Villages in Kings Canyon.

Sequoia and Kings Canyon are parks for all seasons.