How Not to Be the Worst Tourist Ever

Ahead: rules that will keep you on the tourist straight-and-narrow 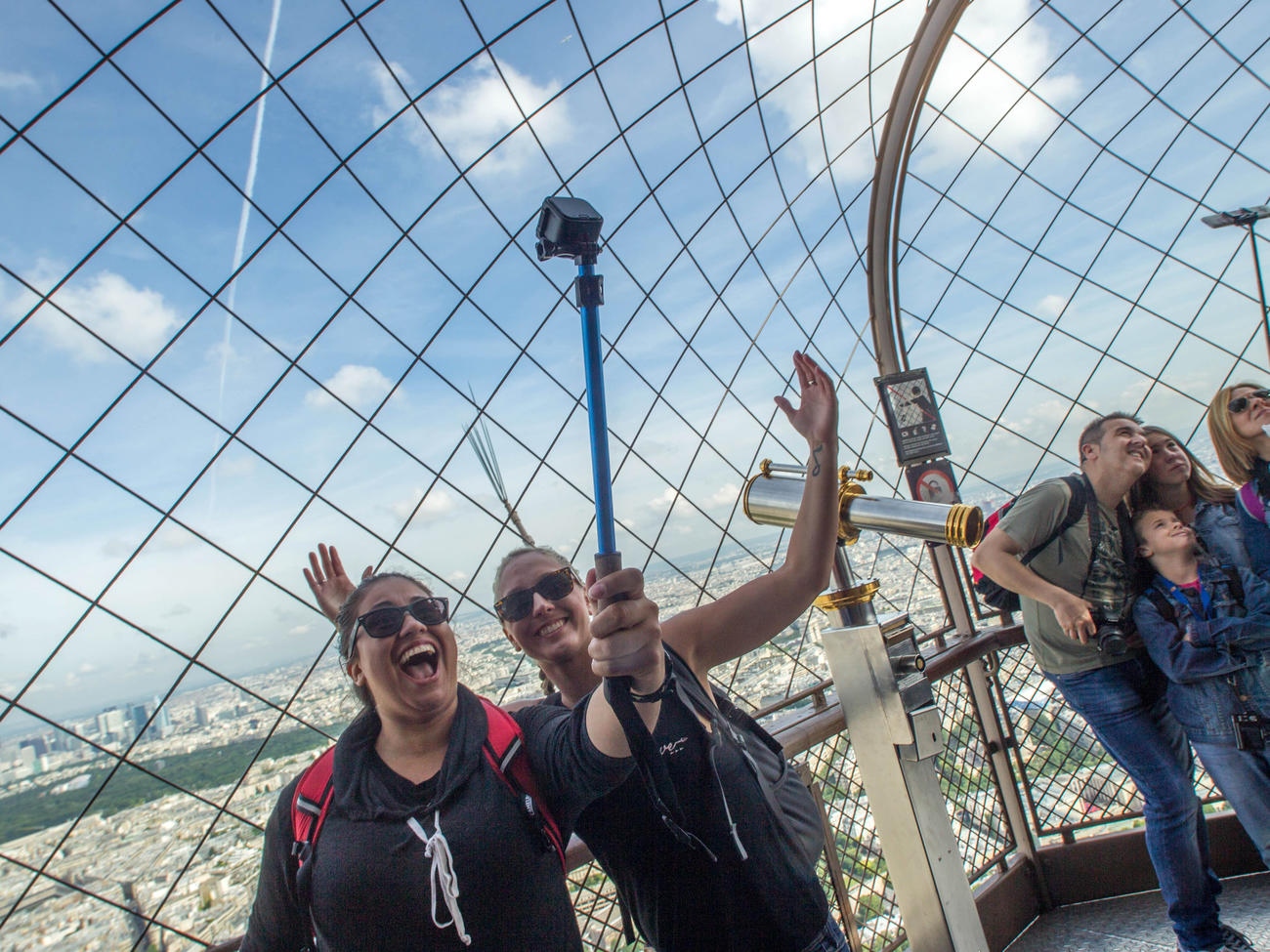 There are good travelers and then there are bad travelers. Once in a great while, you’ll hear about true tourist crime. For the sake of saving you the embarrassment, possible criminal charges, and overall shame of messing up so incredibly badly, we’ve rounded up all of the things you want to steer clear of when you’re on vacation.

This might come off as common sense, but this is a thing that has happened at least once. A passenger was bit by a fellow traveler while on a flight to London from Dubai last Friday. The reason: He was trying to help a flight attendant subdue a violent passenger when he was bitten on the forearm. Christopher McNerlin was sent to the hospital upon landing to check out the extent of his injury, but was first invited into the cockpit for a quick photo op (which you can see over at The Daily Mail). The biter was arrested on suspicion of actual bodily harm and being drunk and disorderly.

Recognize personal space on an airplane

In short, don’t be this person:

Congrats to the ponytailed young woman in seat 22B. You’ve invented a whole new way to be awful at 35,000 feet. pic.twitter.com/VWTPMI5JrM

According to Mashable, a passenger aboard a Japan-bound flight from Hawaii on March 26th refused to sit down during the in-flight meal service because he wanted to meditate and do yoga in the back instead. When the crew and his wife tried to get him back in his seat, he lashed out at the crew and his wife and attempted to head-butt and bite a number of passengers who turned out to be Marines in response. Several passengers reported that the traveler in question began yelling and threatening to kill fellow passengers after not being allowed to follow through with his yoga plan. The plane turned back to Hawaii and the flyer was arrested upon landing. Lesson learned: an airplane may not be the best place to demand an impromptu yoga session.

After having one too many cocktails, an irritated passenger en route to San Diego from Boston on an Alaska Airlines flight “became disruptive,” according to a statement from the airline. After being asked to settle down, he continued to agitate the crew, eventually becoming verbally abusive and threatening the crew. The reason for the anger? According to another passenger, the flight attendants wouldn’t bring him another drink.

Don’t mess with the local animals

Unless you want to end up completely messing up an entire species’ birthing ecosystem, it’s best to play the role of observer when it comes to the wildlife in and around your destination. On that note, taking selfies with the wildlife is also not encouraged—just take one woman’s failed attempt at snapping a shot with a wild bison as an example.

Leave the selfie stick at home

Aside from getting you into trouble with a dangerous animal, selfie sticks can also help you change the very course of history—in the worst way possible. Proof: recall that time two travelers in Cremona, Italy tried to take a photo with an ancient statue by climbing onto it and eventually breaking it. On the other side of things, sometimes you don’t get caught scaling the Brooklyn Bridge and you get an amazing shot out of it. Still, the Instagram likes are never worth your well-being.

Keep your pants on

Truth: If you decide to explore a landmark pantsless, there is a chance locals will blame a natural disaster on you—such was the case atop Malaysia’s Mount Kinabalau in Borneo. Need more motivation to keep your clothes on? Learn from the group of travelers who were hit with a hefty fine after snapping a photo while mooning the camera at Angkor Wat.

Hands off the art

Accidents happen. Sometimes they happen to 12-year-old boys who trip into a $1.5 million painting in a museum. While it may have been completely unintentional, don’t be that guy (or gal): Watch where you’re going and have respect for your surroundings.

Related: The best museums for modern art in America

Great advances have been made in iPhone video and photo capabilties—take advantage of them! Besides, drones are hard to pack and will sometimes cause you to irreparably damage a famous cathedral in Milan. Don’t do that.

It should go unsaid, but causing physical damage to a fellow airline passenger is never going to end well. Learn from the guy who choked a woman after she reclined her seat into his space. If you need a refresher, read up on our definitive guide on how not to be a jerk on an airplane.

Do a little bit of research before jumping on that plane to vacation city. Whether it’s learning a bit of the language or quickly picking up on the local walking habits, you’ll blend right in (kind of).

How Not to Be the Worst Tourist Ever