Like a few million other people—so far its total box office take is $287 million so that’s a lot of movie tickets—I spent two happy... 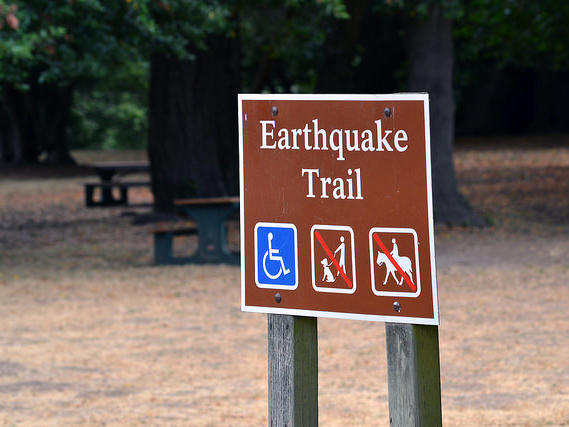 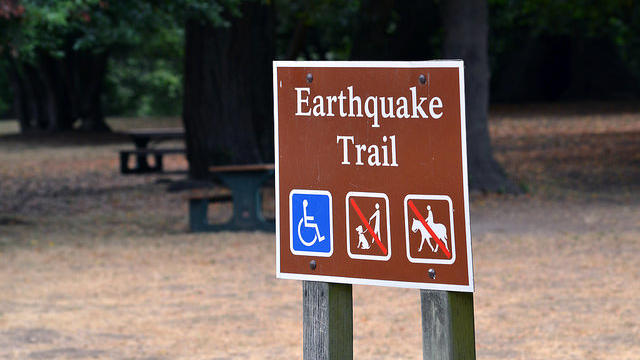 In this disaster flick, The Rock meets The Rocks—specifically the limestones and cherts that make up the San Andreas Fault, which runs through California for more than 800 miles. The fault is even scarier in the movie than it is in real life, producing not just one giant earthquake but a whole bunch of them, in the process destroying Hoover Dam (which is nowhere near the actual San Andreas), downtown Los Angeles, and finally San Francisco.

And the only guy who can save things is Johnson. He’s so pumped up for the movie I thought he could keep California from crumbling apart just with his ham-thick forearms. But it turns out even The Rock has his limits—all he can do is save his family by flying planes and parachuting into ATT Park and piloting a boat through tsunami-inundated downtown SF to rescue his daughter from a sinking skyscraper.

Geologists have quibbled about some of the film’s seismic details. But it was pretty fun. And it made me remember that California has lots of beautiful places where you can see the real fault. So after you leave the multiplex, why not pay your respects to the genuine San Andreas?

Here are my six favorite places to do that. They’re perfectly safe—I mean, really, what are the odds that a big quake would strike precisely when you’re standing right on the fault? And if that does happen, you know who to call—The Rock.

Point Reyes shook hard in San Francisco’s 1906 quake, so hard that a rustic fence was ripped in two by the movement of the earth—and you can see that fence right here. It’s just one of the highlights of a short, well-signed trail that will teach you a lot about the San Andreas. 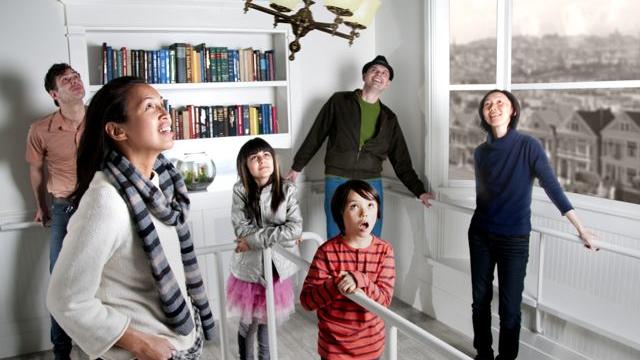 To really feel the earth move, step into the Academy’s quake simulator, which puts you in a San Francisco Victorian when a big temblor hits. Seismology doesn’t get more interactive than this.3. SAWYER CAMP TRAIL, SAN MATEO COUNTY 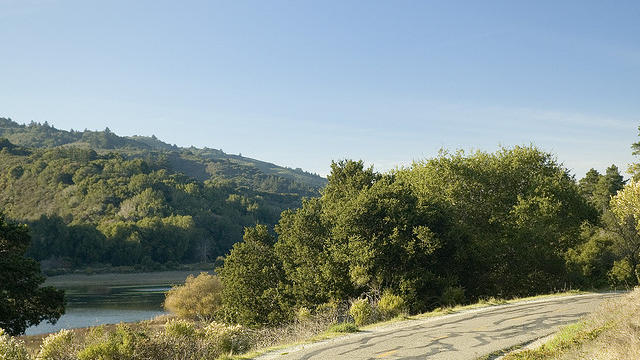 Ah, look at all those carefree runners and cyclists enjoying this paved, pretty trail that runs alongside Crystal Springs Reservoir and San Andreas Lake. Don’t they realize that the San Andreas Fault is right beneath them? In fact, San Andreas Lake is what gave the entire fault its name in the aftermath of the big 1906 earthquake.4. PINNACLES NATIONAL PARK, SAN BENITO COUNTY 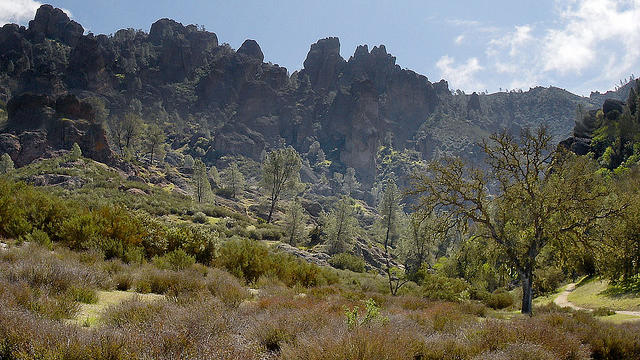 South of San Jose, America’s newest national park is one of the best places to see the San Andreas. The eerily eroded Pinnacles themselves are remnants of a 20-million-year-old volcano that erupted north of what is now Los Angeles. So why are they here?  Because the ancient volcano straddled the San Andreas, one part of it on the Pacific plate, the other on the North American. Over the eons, the North American portion stayed in Southern California while this one slid north. Separated twins—it’s just like in The Parent Trap, but with rocks instead of Lindsay Lohan. 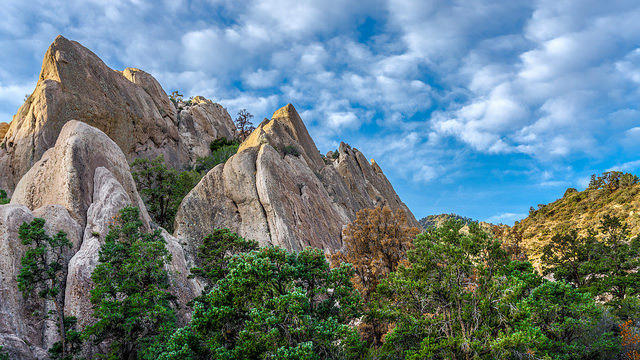 Off Highway 138 east of Palmdale, this park with its dramatic red rock formations sits between two faults—the San Andreas, just to the north, and the San Jacinto, just to the south. 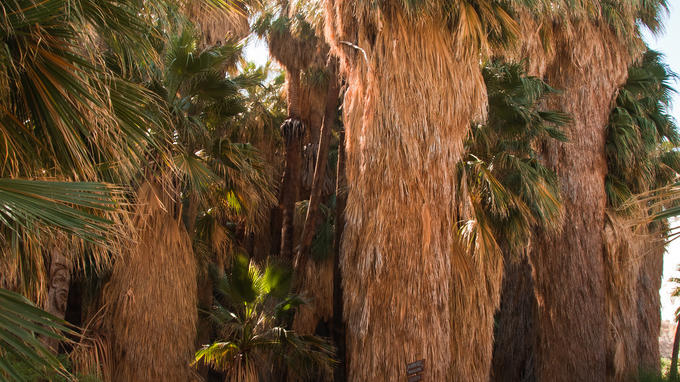 You’re in the middle of a desert, and yet bubbling springs and verdant groves of fan palms surround you. Thank the San Andreas, which runs right beneath you–the fault-fractured rocks lets underground water rise to the surface and nurture this lush oasis near Palm Springs.