10 summer reads to take on a camping trip

Whether you enjoy spooky campfire reads or stories of adventure and self-discovery, here are 10 books that make the perfect companions on your next camping trip this summer. 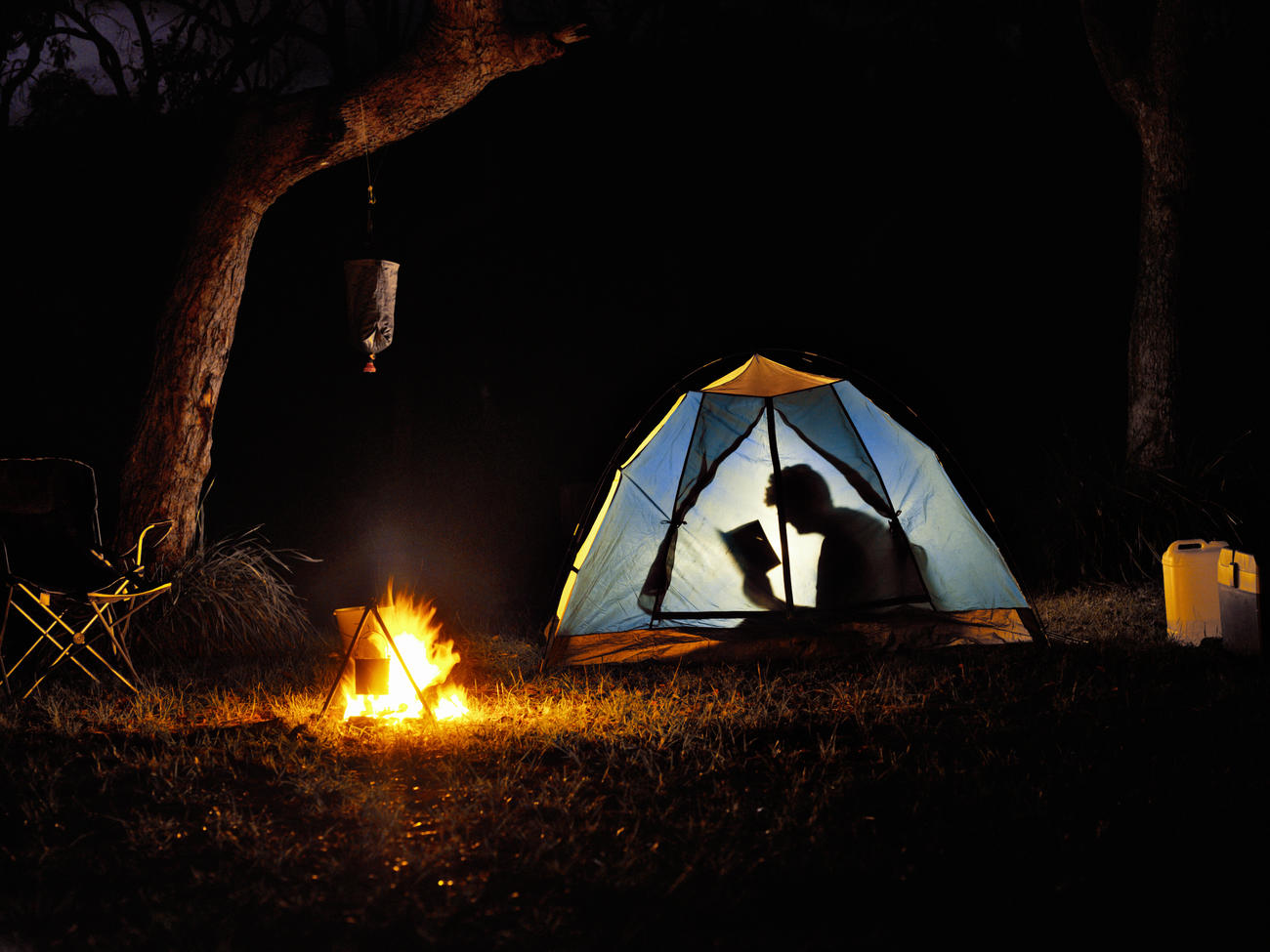 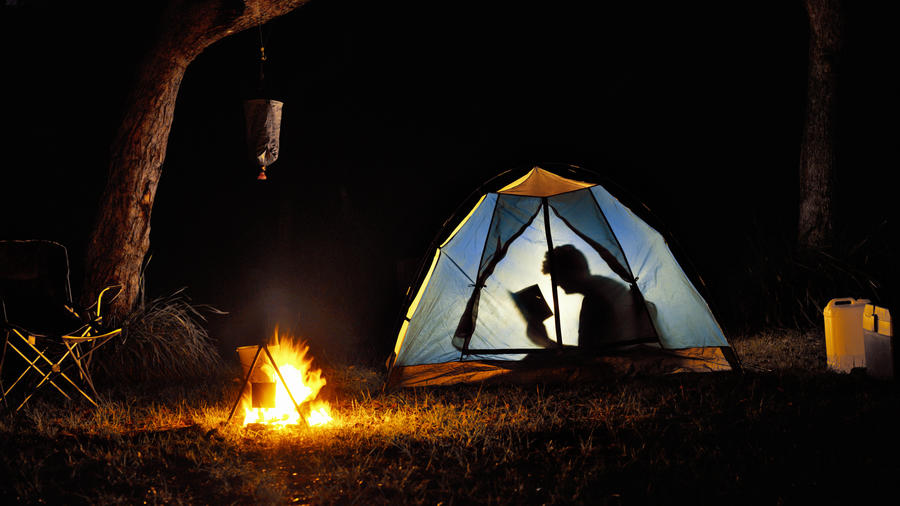 As you’re surrounded by technology and the hustle and bustle of your routined life, it can be difficult to get a second and read what’s on your summer book list in peace. What better way to be at one with the words of that book you’ve been dying to dive into than doing it in the great outdoors! Whether you enjoy spooky campfire reads or stories of adventure and self-discovery, here are 10 books that make the perfect companions on your next camping trip this summer. 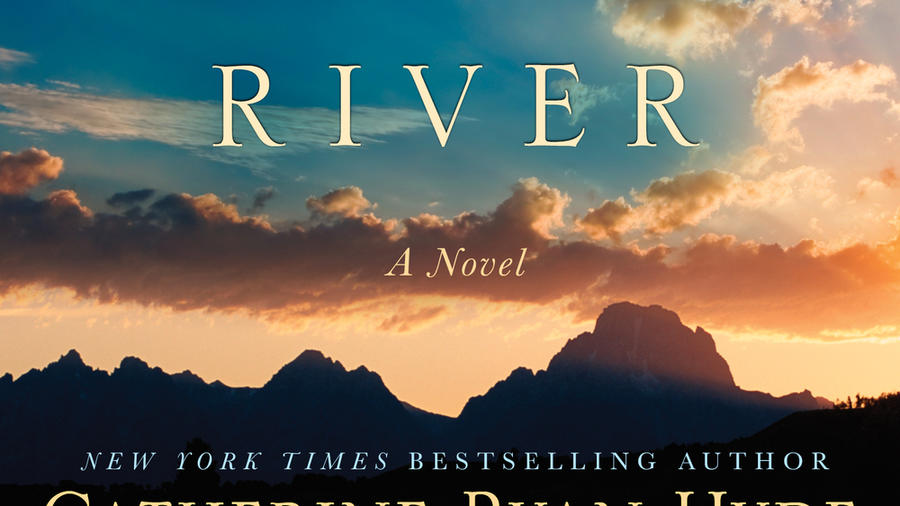 Catherine Ryan Hyde is back with an adventure read that tugs at the heart. Ethan Underwood’s father vanished without a trace from their remote cabin in the Blythe River National Wilderness. Despite the betrayal and hurt Ethan feels toward his father, he knows he is his father’s only hope. As Ethan embarks on a traitorous journey to find his father, with two unlikely companions, he realizes that it may be much harder than he thought. As he searches for the father he tried so hard to hate, Ethan begins a journey of self-discovery and realizes that no matter the circumstance, love is unconditional. 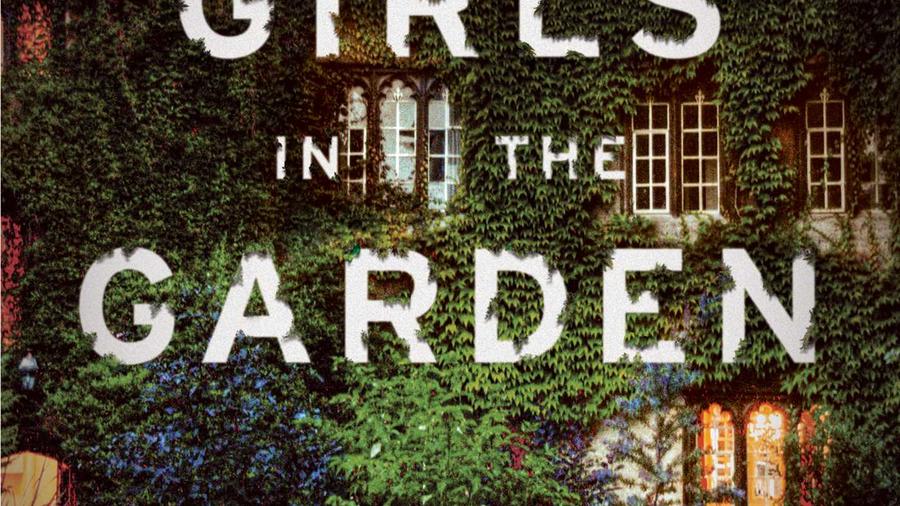 The Girls in the Garden by Lisa Jewell

The Girls in the Garden adds the perfect spook and mystery to your night by the campfire. A picturesque garden square in urban London is frequented by children who play outdoors and families who have known each other for years. However, nothing is ever how it appears. One summer night after a neighborhood party, Pip discovers her sister Grace’s bloody and unconscious body tucked away in a corner of the beautiful rose garden. The once safe and happy neighborhood is thrust into a world of lies, hidden secrets, murder, and a twisted game. 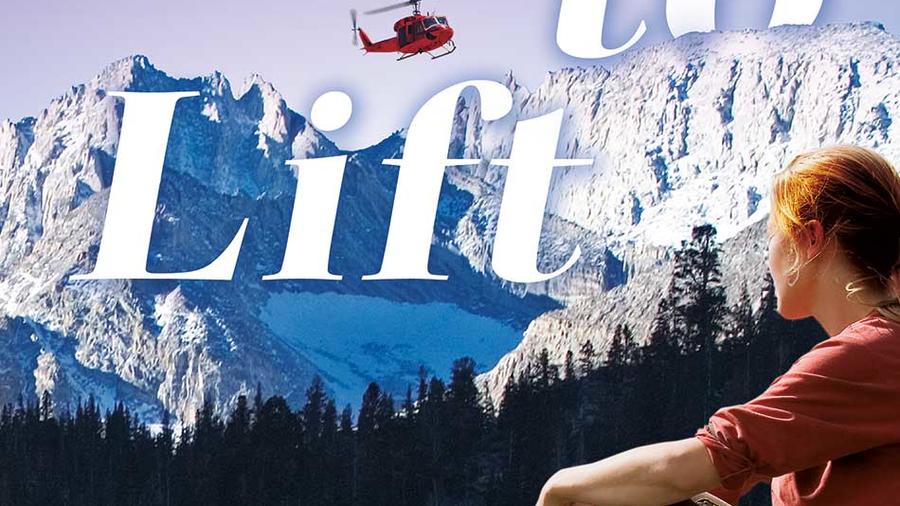 Clear to Lift by Anne A. Wilson

Lt. Alison Malone is a Navy helicopter pilot assigned to a search-and-rescue team based in Nevada, but all she wants is to be transferred back to San Diego so she can resume her life with her fiancé. However, things begin to change for Allison when she meets mountain guide Will Cavanagh during a risky mission. Will shows Allison the beauty and adventure associated with the cold mountains of the Sierra Nevada. But when an outrageous blizzard hits and Will risks his life to save hers, Allison begins to question the life she’s been living and wonders if it’s too late to change course. 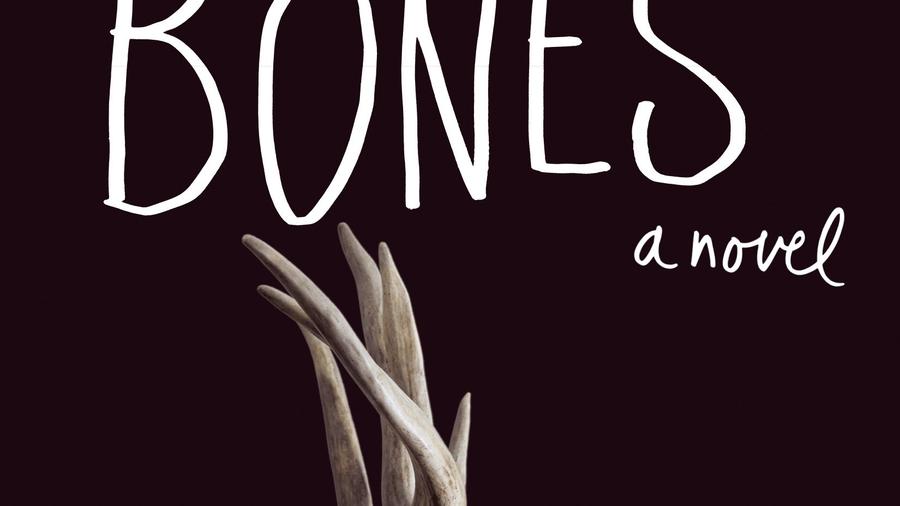 Tracing the Bones by Elise A. Miller

Eve Myer is in the midst of a declining writing career and a marriage stifled by a long ago affair. She begins to take interest in her new neighbors: stunning life coach Anna and her gorgeous, alternative healer husband, Billy. When tragedy strikes Anna and her son, Eve grows suspicions about her own marriage and her healing sessions with Billy become more intense. A healing trip in the freezing woods leaves Eve’s marriage even more threatened and she soon discovers secrets that would have been better left buried in the snow. 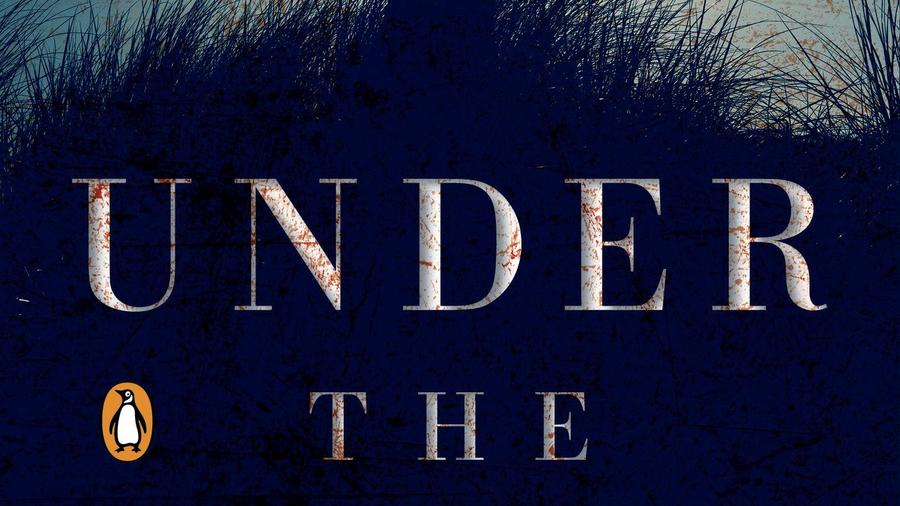 Under the Harrow by Flynn Berry

Nora takes a train to visit her sister in the countryside, but things take a sudden and unexpected turn for the worse when Nora finds her sister gruesomely murdered. She realizes that she can’t return to her normal life and her fears about finding her sister’s killer rapidly turn into an all-consuming obsession. 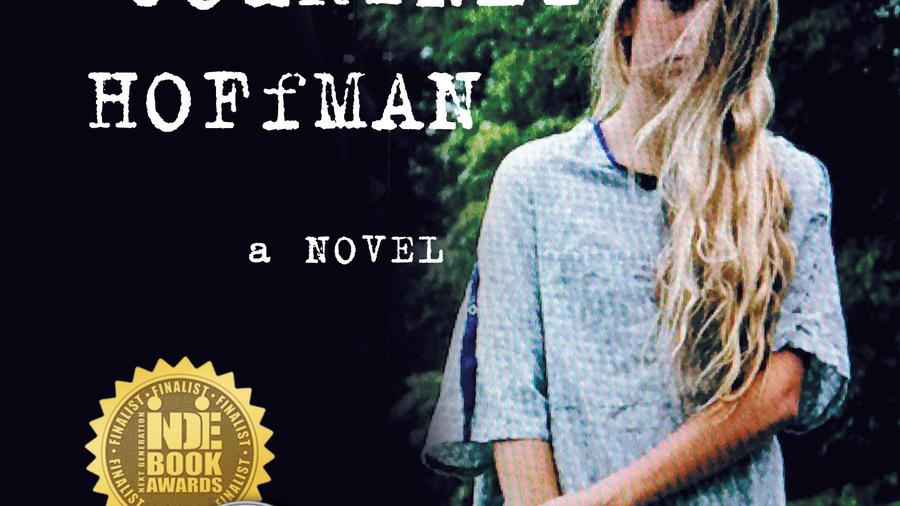 The Alienation of Courtney Hoffman by Brady Stefani

Courtney is different from the other kids at a school, and it’s not just the mysterious tattoo given to her as a child by her conspiracy-consumed grandfather. A story of mystery, apocalyptic visions, and aliens, The Alienation of Courtney Hoffman is the perfect addition to ghost story night around the campfire. 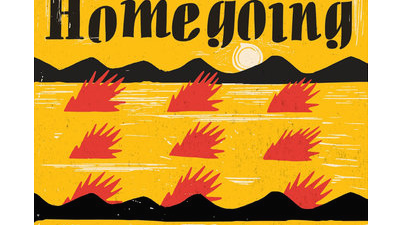 300 years ago in Ghana, half-sisters Effia and Esi are born in two different villages. Effia is married to an Englishman and lives a luxe life in Cape Coast Castle. Unbeknownst to Effia, her sister is held captive in the castle’s dudgeons and is sold and shipped off to America through the Gold Coast’s prosperous slave trade. Yaa Gyasi’s impeccable debut novel follows the sisters’ very different journeys. 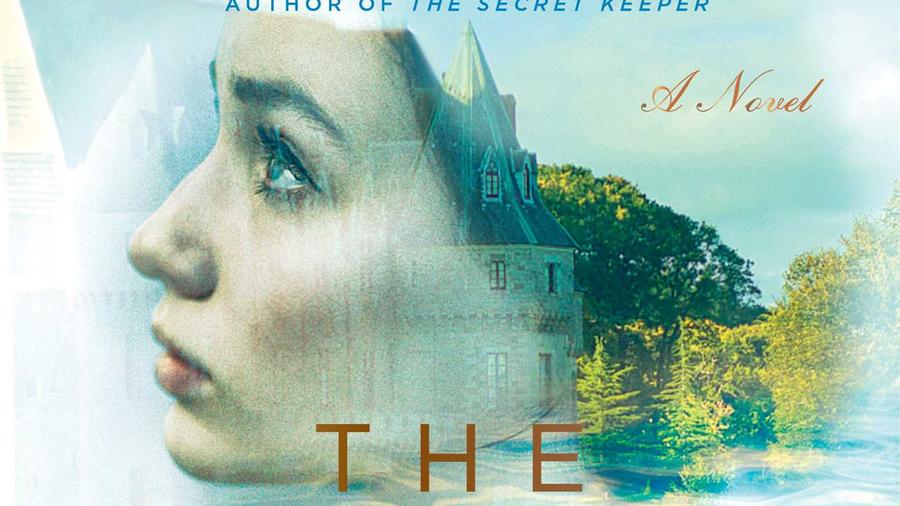 The Lake House: A Novel by Kate Morton

New York Times bestselling author Kate Morton has captivated us once again with this mysterious, eerie and undeniably compelling novel. Alice Edevane is living in her family’s lakeside house in Cornwall, England. The Edevane family is completely torn apart when their youngest son goes missing and is never found. Decades later, Alice has moved away and started a new life, but the curiosity and questions of London police officer Sadie Sparrow will bring Alice back to a past that she tried so hard to leave behind. 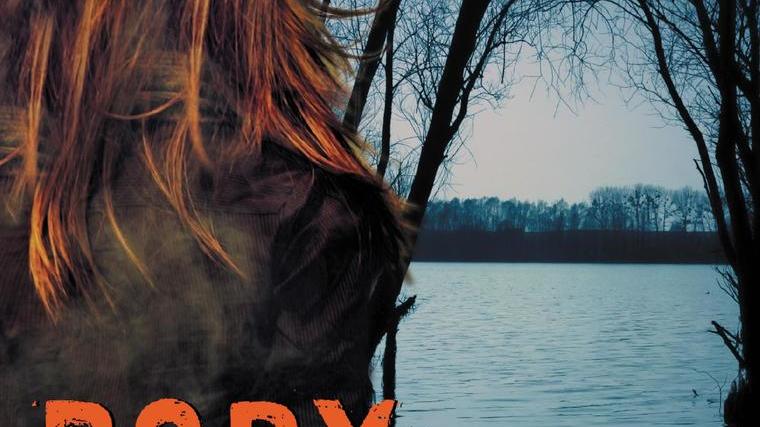 Body and Bone: A Novel by LS Hawker

Nessa Donati had a picture-perfect life until her husband John relapsed on drugs and ended up missing and presumed dead. Nessa soon finds herself framed for his murder and is attacked on her blog by an Internet troll who continues to haunt her with personal information that only John would know. Her life is spiraling out of control and the only way she can put a stop to this is by finding John and figuring out exactly happened to him. 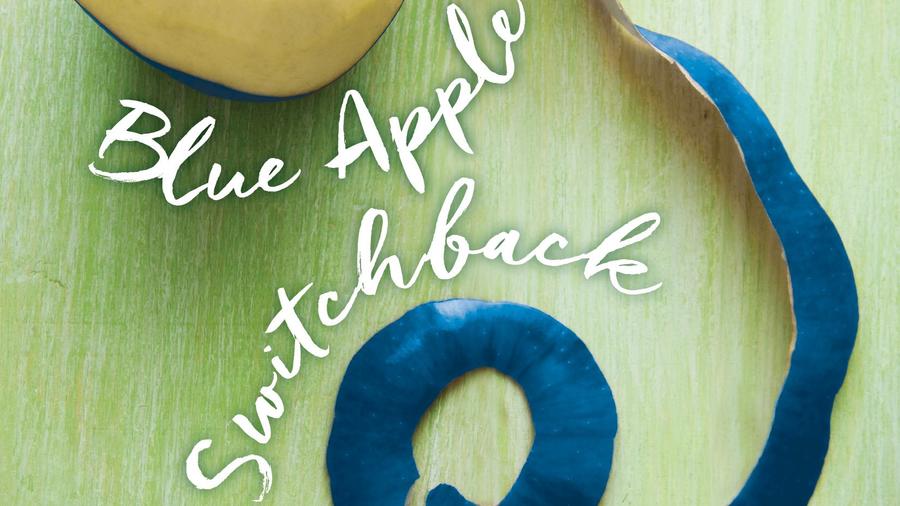 In her thirties in West Virginia, Carrie Highley discovered a love for cycling and began a love affair with a female cyclist. A few years later, Carrie finds herself clinging to a heterosexual life with a doctor husband and two sons in North Carolina. She soon meets Charlie, a cyclist who’s 23 years older than her, and so begins a friendship and mentorship. With Charlie’s help, Carrie begins to learn how to take her foot off the brakes while cycling the switchbacks of life.

What are your favorite camping trip or summer vacation reads? Share in the comments!