How to Raise Chickens

Fresh eggs, and fun, from your own backyard flock? Even in the burbs? Yes! 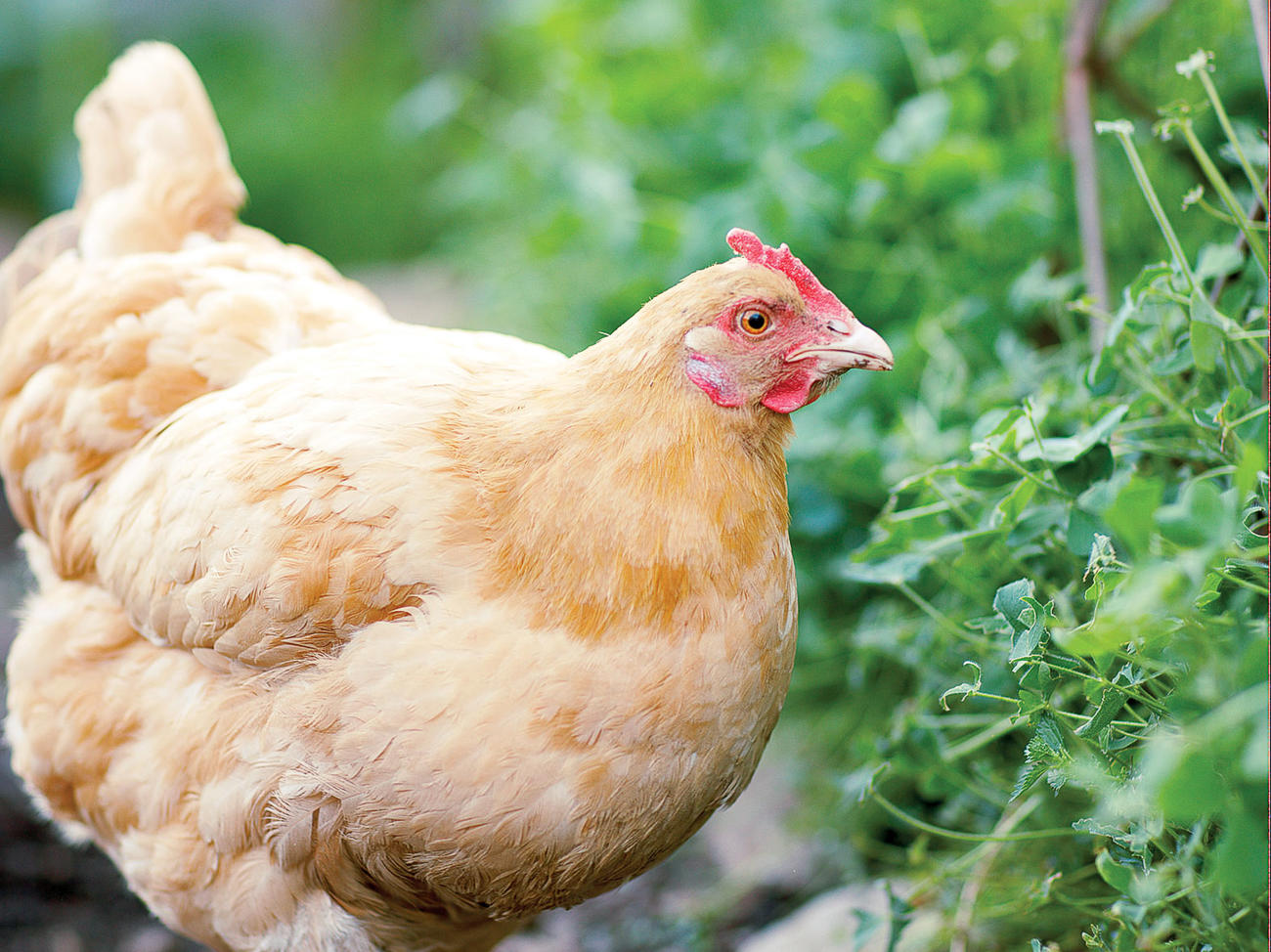 Our goal was garden-fresh eggs―blue- or buff-shelled ones with deep yellow yolks, tender whites, and rich flavor.

So we installed a coop in a corner of Sunset’s test garden, then bought six baby chicks whom we named Alana, Ophelia, Charlotte, Honey, Carmelita, and Ruby. Even before they were old enough to lay, our flock brought unexpected delights: their antics as tiny cheeping fluff balls; their distinct personalities as squawky adolescents; the way their soft clucking made the garden seem more alive.

But we soon learned that there’s much more to keeping chickens than providing them shelter and food. Unlike with kids, you can’t discipline a chicken. They knocked over their food dishes seemingly for sport and nibbled junk food―straw, wood shavings, bits of string. (We learned to keep such materials out of their pen.) Cleaning out their coop and filling and hauling 8-gallon galvanized water dispensers was no picnic.

But then the first egg, a pale blue one, appeared beneath Ophelia’s downy feathers. And we fell in love all over again.

Day 1. We buy six chicks from a local feed store. They’re too small to live outdoors, so we keep them in a cage in the Sunset prop shed.

Day 2. Our littlest chick keeps falling asleep under the heat lamp. We worry she’s too frail to make it through the weekend. We name her Ruby.

Day 7. Already, feathers are replacing downy fuzz. Every time we check on the chicks, they’re bigger. We gently pick them up and pet them, so they’ll get used to humans.

Day 30. We move the “girls” to their coop. Ruby is well feathered but still the smallest. The weather is balmy; the chicks are itching for freedom.

Day 107. The chickens and I have fallen out of love. I used to let Honey hop onto my lap so I could stroke her soft, marvelous feathers. Then we had an … incident. Let me tell you, from the front lines: Chicken poop is smelly. But it launders out perfectly.

Day 143. Ophelia is doing the egg squat, crouching close to the ground. I check for eggs twice a day.

Day 146. An egg! Small, but perfect. I wouldn’t be prouder if I’d laid it myself. Three other chicks look ready to lay too.

Day 161. Ruby lays her first egg. We’re getting a dozen a week now. We scramble some in the Sunset test kitchen―they’re creamy, deep yellow, delectable. Our “girls” are keepers!

Chickens 101: Is raising chickens for you? Here’s a reality check.

Many cities, but not all, allow homeowners to keep a few hens (not roosters). Before you buy chicks, make sure your city code allows them.

Where do you buy them?

Local feed stores are a reliable source. Buy sexed chicks―those who have been confirmed either male or female by an experienced chicken handler.

Where will they live?

Can you keep them safe?

Chickens sleep so soundly that they appear comatose, so they’re vulnerable to attack by raccoons, hawks, foxes, and dogs. They need a secure hen-house with a roof to sleep in and a fenced yard to roam in, free of plants they shouldn’t eat.

When do they stop laying?

Hens lay consistently for up to five years, but can live (and lay sporadically) for eight or more.

What if one gets injured or sick?

Locate a chicken-friendly vet in your area before you acquire your flock.

Can you afford them?

Chicks a few days old cost only about $4.50 apiece. But a coop can cost a few hundred dollars more; ours is from Wine Country Coops. Chicken food is an ongoing expense. Vet bills also add up quickly if a chicken gets injured or sick.

How to Raise Chickens