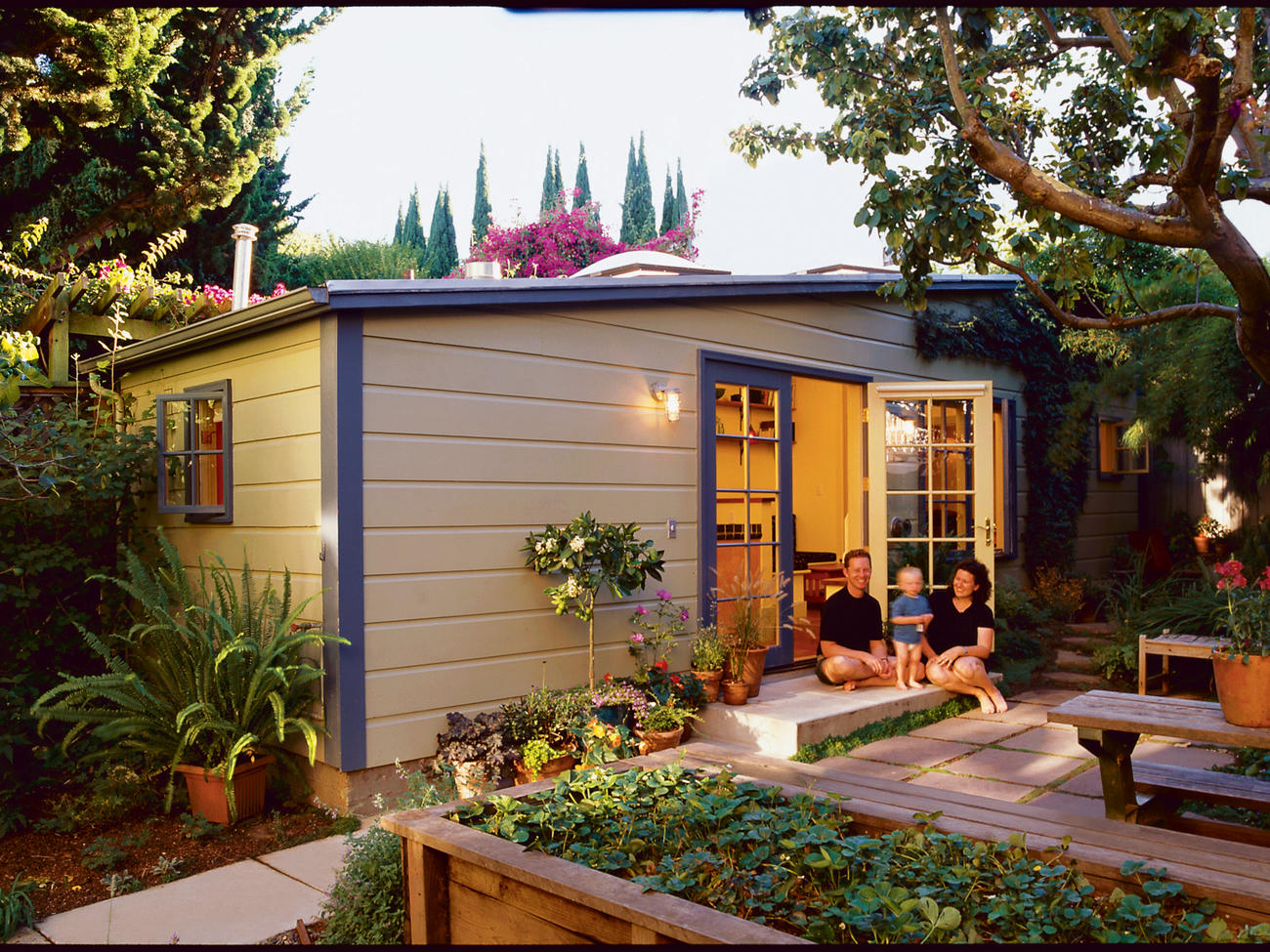 Thomas J. Story
AFTER: The row of cell-like rooms has become a guest suite and entertaining area.
Written by Sunset August 20, 2004
Share this story

Evan Sagerman and Marci Riseman needed extra space for a guest room and entertaining area, and they found it in an unlikely place: a tiny, ramshackle shed in the backyard of their San Francisco Victorian home. Even Riseman, a real estate consultant and developer, didn’t see potential in the neglected, 280-square-foot structure. “My first thought was: That’s a teardown,” she says.

But when she and Sagerman, an architect, gave the shed a closer look, they reconsidered. “We think it was used by day laborers in the early 1900s,” Sagerman says. Placement of doors and windows indicated that the space had once been divided into four tiny rooms, and it had a sewer line. “But it was a sturdy structure made out of good redwood,” he adds.

Evan Sagerman and Marci Riseman needed extra space for a guest room and entertaining area, and they found it in an unlikely place: a tiny, ramshackle shed in the backyard of their San Francisco Victorian home.

The couple decided to remodel the shed, and it became an exercise in preservation and space planning. They looked to boat cabins for design inspiration. “I grew up sailing,” Sagerman says. “Being on boats taught me how important it is to give things in small spaces multiple functions.”

The interior of the shed has a clean, open layout. “You move through it in a straight line, with the bed as a stop at one end and the bathroom as a stop at the other,” Sagerman says. “Everything is built in along that line.”

French doors and skylights brighten the space and make it feel bigger. “There were five windows in the shed already,” Sagerman says, “but four were facing north.” Now the light is balanced. The French doors open to a new miniature kitchen, making it a great party space that flows easily into the yard.

High Function in a Small Space

Very limited square footage forced Marci Riseman and Evan Sagerman to squeeze the most use out of every inch of space. Here’s how they made it work.

Undercover storage. Much of the furniture is built in, with storage underneath; for instance, a bed has drawers below it, and a banquette seat lifts up to reveal space for bedding.

Multifunctional foundation. A wide board on top of the foundation footing makes a shelf and extra seating.

Wall-hung desk. The couple purchased an inexpensive desk, sawed off the back legs to reduce its footprint, and bolted it to the wall studs.