How to Build the Dream in Stages 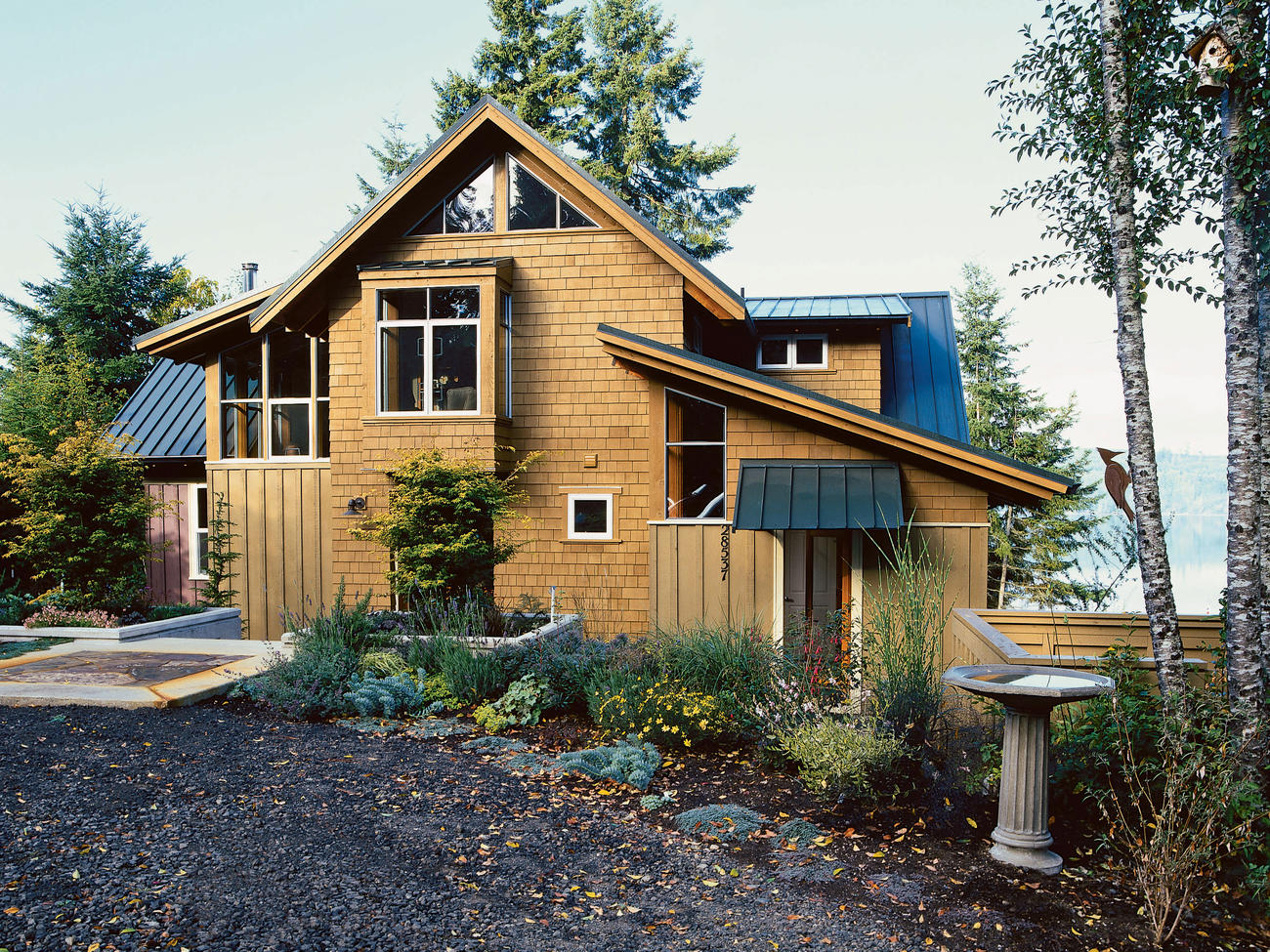 During a goal-setting seminar, Seattle resident Debra Holland was asked to identify a lifelong desire, write it down, and list small steps toward realizing it. She wrote: “To own waterfront property.” That was in January 1988. Today the vision she shared with her husband, Chuck, has been more than fulfilled in the dream home they constructed on the Hood Canal.

“We started looking at real-estate listings every week. Once a month, we would look at property,” Debra says. “Two months later, we found this land. It was overgrown; you had to chop your way in with a machete. But it had what we wanted: waterfront access, western exposure, wooded acreage, and a reasonable price.”

The next year was spent making it habitable. “We rented a bulldozer and cleared a trail and a lot. There were no utilities, so we had to run in electricity and build a septic system,” Chuck says.

That’s when the fun―and the real dreaming―began. The Hollands moved a small trailer onto the property and started using it as a vacation hideaway. They named the land Lagom, a Scandinavian term that, loosely translated, means “a sense of peace and balance.” They called their humble trailer “The Lodge.”

Sunlight streams into the kitchen-dining-living area. French doors open to the deck and a water view.

The couple started sketching layouts and collecting photographs with the intention of creating a vacation house. “A lot of the design was based on what we didn’t like in our Seattle home,” Debra says.

““n that home, I had a kitchen that faced north and was isolated from the family room. It was always cold, and I used to stir risotto in there by myself and wish someone would come visit me. In the new home, we wanted a kitchen for entertaining.”

While they built the home in their minds, they continued to develop the land with their hands. Chuck, an avid fruit grower, started planting an orchard, and he seeded the water for oysters.

“It takes time for these things to develop. I didn’t want to wait for the house,” he says. “The benefit of living on the land before building the house is you learn the property―how the winds blow and where the sun hits.”

After studying the site in this way, they hired architect Sean Parker, presenting him with a modest budget. “In my view,” Parker says, “it’s that sort of challenge that lends itself to good architecture.”

Then the Hollands and Parker began a game Debra calls architectural volleyball: the two would hit ideas to Parker, who in turn would tinker with the rough plans and send them back over the net, so to speak.

John Granen
Debra and Chuck Holland enjoy every dimension of their property.

The house was built for $164 per square foot. A comparable house with higher-end finishes would run about $250 per square foot. Setting priorities helped. “We decided what was important and designed around those things,” Parker says. “In other areas, we used modest materials in neutral colors.”

10 Design Ideas for a Net-Zero Home

10 Questions to Ask Before Hiring a Landscape Designer

How to Design a Lake House