Lose the lawn: before and after in Palo Alto

For years, Jody and Michael Stauffer’s front yard in Palo Alto, California, was so unremarkable, they occasionally drove past their own ... 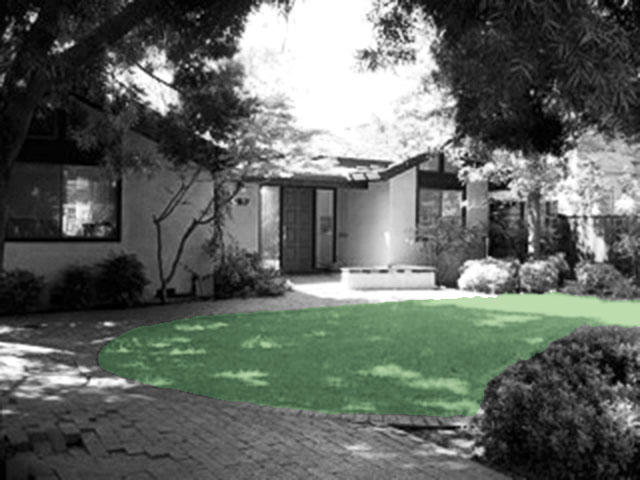 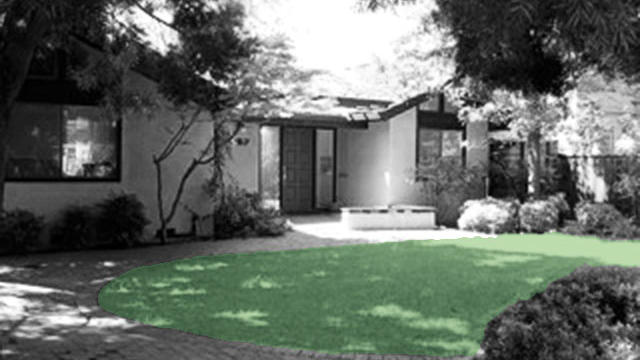 For years, Jody and Michael Stauffer’s front yard in Palo Alto, California, was so unremarkable, they occasionally drove past their own home. The couple asked landscape designer Chris Jacobson of GardenArt Group to tear out their mossy grass and privacy hedge, then give their yard a new identity. 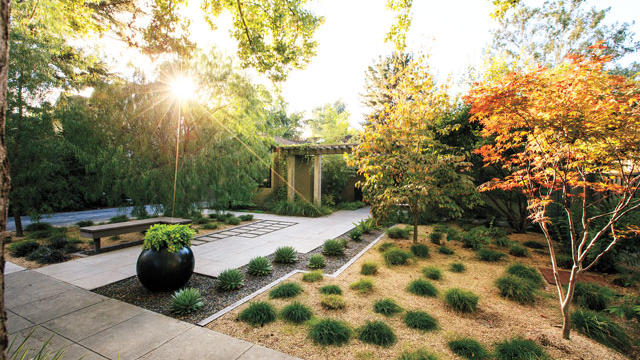 Jacobson’s goal was to create a front yard that said neither “stay out,” nor “come right in,” he explains. Rather, he wanted the landscape, situated near downtown, to be a point of interest for anyone passing by.Hardscape and plantings 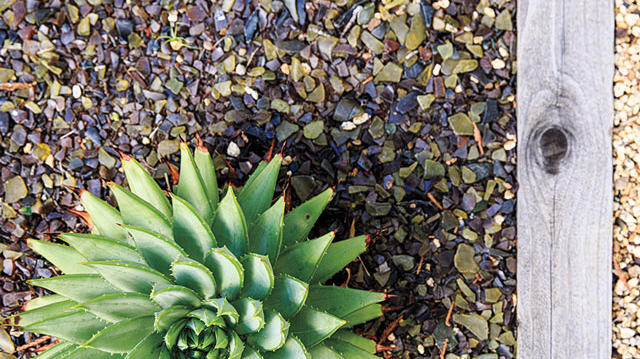 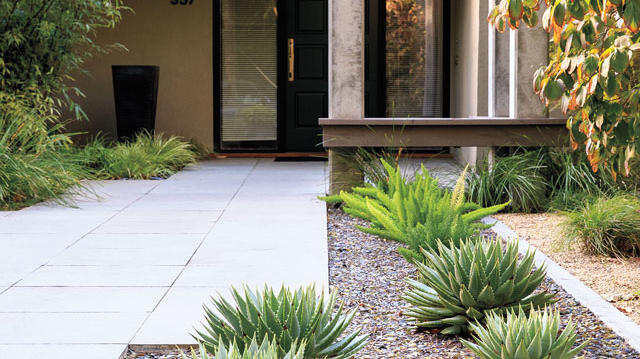 The zigzag path to the house is based on a tenet of feng shui that there shouldn’t be direct lines from the yard to the front door. The planting beds, mulched with tumbled glass in shades of blue and green and buff-colored decomposed granite, add texture while keeping the palette serene.

Jacobson placed an arbor supported by concrete columns  7 feet from the house, creating a courtyard. “It felt like our house got one room bigger,” says Jody. The area serves as a “decompression chamber,” as Jacobson calls it, where the owners can hear the rustle of bamboo and the trickle from a recirculating water feature.Maintenance 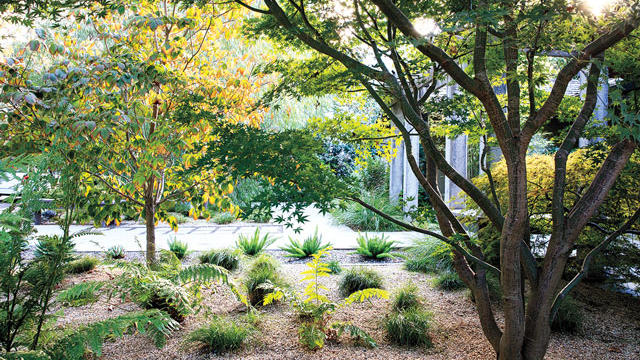 The grasses get cut back every few years to encourage fresh growth, and there are some weeds to pull once in a while. “But the new front yard is definitely easier than taking care of a traditional lawn, especially in terms of chemicals—we don’t need any,” Jody says.