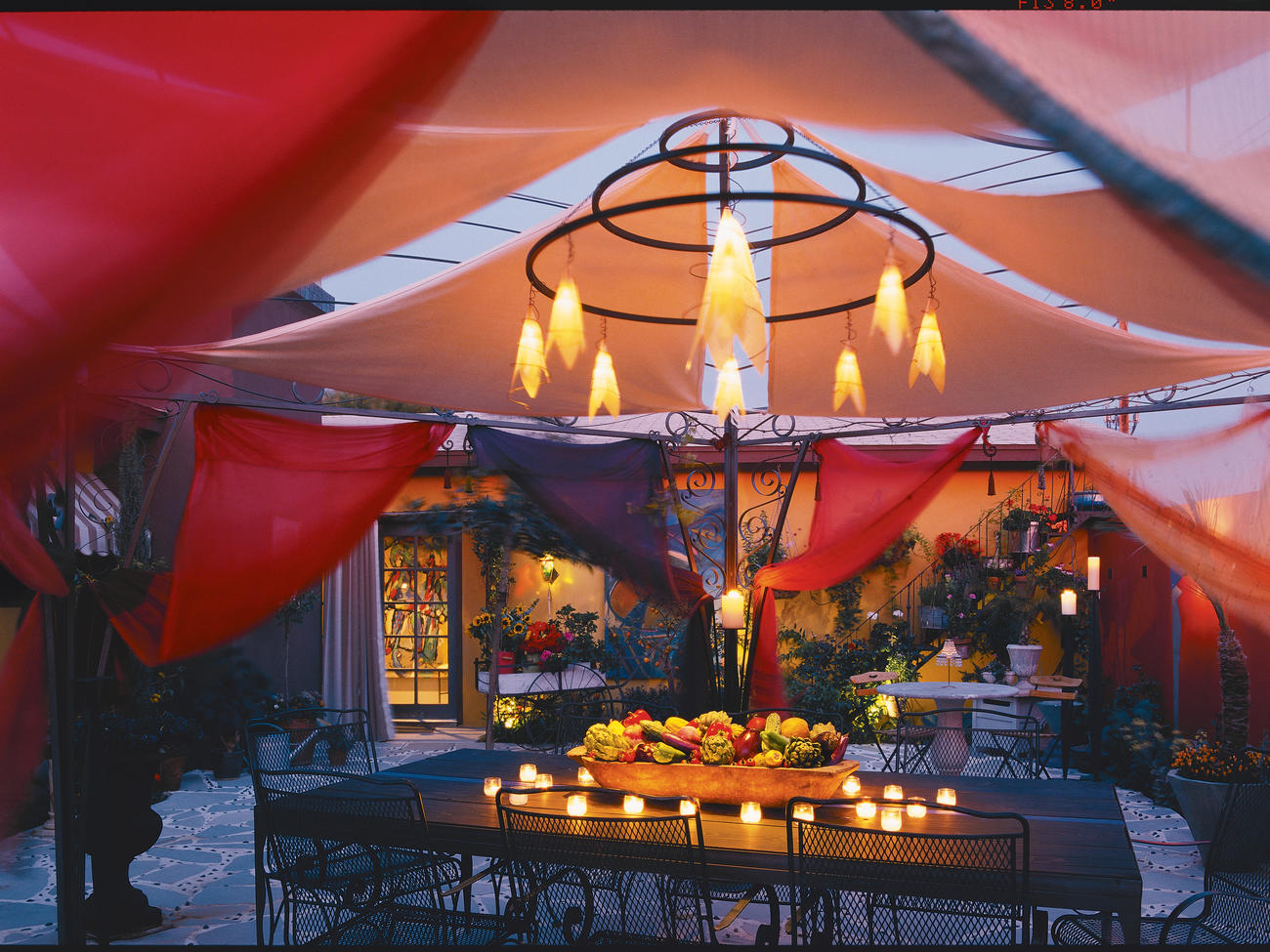 Norm Plate
Colorful fabrics give this gazebo drama, especially when lit from within. Saris form the walls; canvas panels cover the top. The light feature is of steel tubing with fiberglass cones over 20-watt bulbs.
Written by Sharon Cohoon, August 11, 2004
Share this story

Entering the Zischke family’s courtyard in Scottsdale, Arizona, is like stepping to the other side of the world. A country bordering the Mediterranean, perhaps.

The paving ― chunks of broken concrete with bands of black river rock set in the mortar between them ― feels Spanish. The ocher yellow and cinnabar red walls, on the other hand, suggest Morocco, while the citrus and grapevines in containers evoke Italy.

But the steel gazebo in the courtyard’s center comes from the rich imagination of owner Jeff Zischke, an artist and designer. He built the frame, then hung canvas panels over the top and colorful saris around the sides to fashion a tentlike roof and “walls”; the fabric gives the space drama and a sense of enclosure. Then he and his wife, Gena, brought in artwork, colorful furnishings, and container plantings.

Jeff has spent many summers in the Mediterranean region ― mostly in Provence, France, but also in Italy, Corsica, and Monaco. These places didn’t just appeal to him visually; the lifestyle ― the leisurely pace, alfresco dining, and willingness to mix antiques with contemporary furnishings ― captivated him too. “We wanted a garden that felt like those places but that wasn’t a literal copy of any of them,” says Jeff.

“We host a lot of parties in this courtyard, especially in the summer, and everybody loves it out here,” says Gena. There’s one problem, she adds. “Sometimes people just don’t want to leave.”

Although Jeff created almost everything in the courtyard, including the light fixtures, you can adapt his ideas using a purchased gazebo and colorful lightweight fabrics.