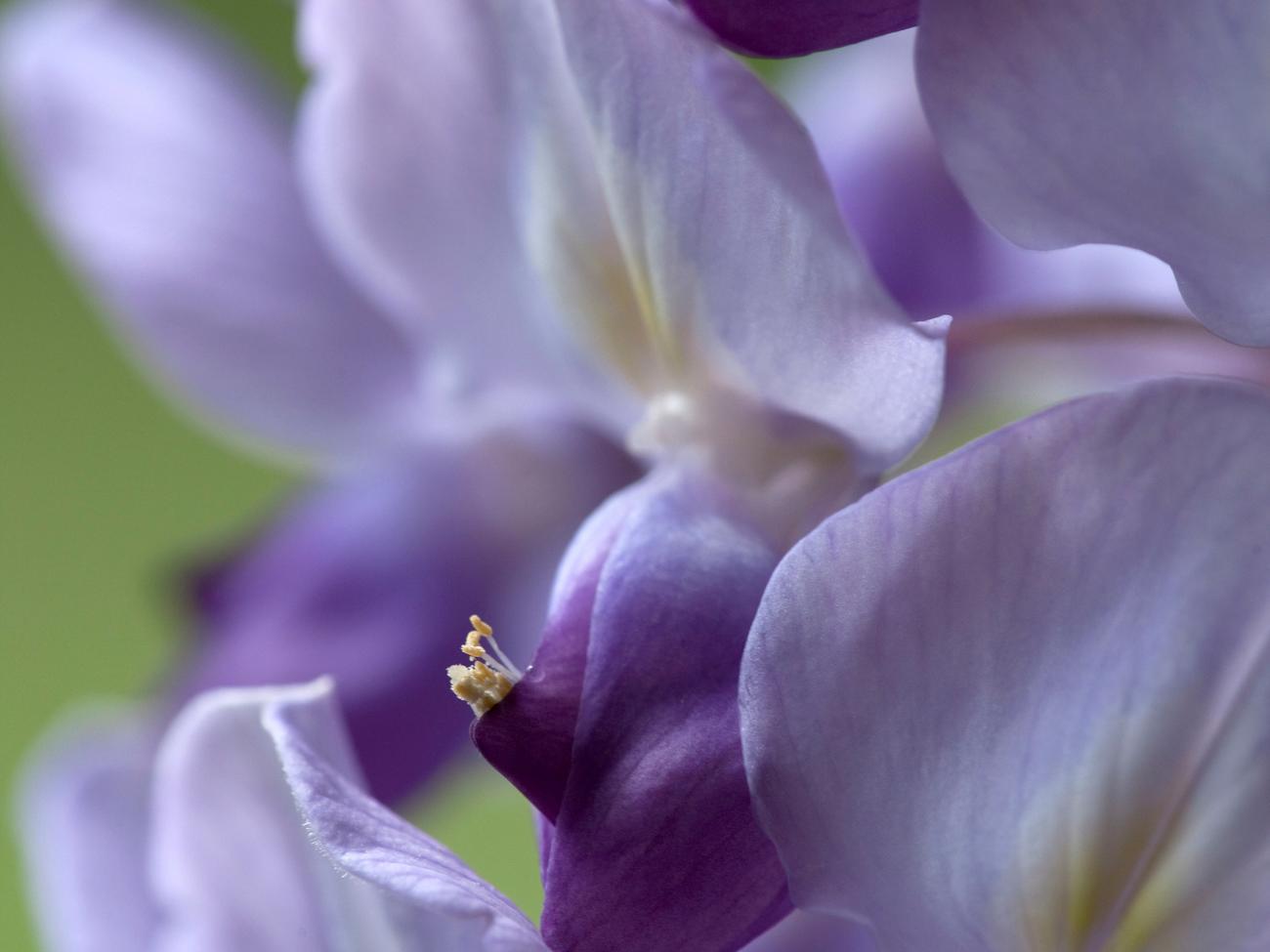 Wisteria is heavy. Its main stems eventually reach several inches thick – and in great age, they may be as large as a small tree trunk. Think about the future when you plant: if you don’t allow for your wisteria’s ultimate weight, you’ll end up with a vine that overwhelms its support.

Establishing vines against a wall

Most gardeners choose to grow wisteria up a wall or on a sturdy arbor or pergola. To establish it against a house wall, begin by screwing a series of 6- to 8-inch L-brackets to the support. One row of brackets, spaced at 1-foot intervals, runs vertically up the center of the wall; the other rows run horizontally, spaced 2 to 3 feet apart. Attach the top row 3 feet below the eaves to keep vines from growing into them.

Run galvanized wire between the brackets, then attach the young wisteria vine to the wire with string; its stems will twine around the wire as they grow. (Because the wire is positioned 6 to 8 inches away from the wall, there’s plenty of room for air circulation and growth.)

Growing vines up an arbor

To grow a wisteria up an arbor or pergola, make sure that the structure’s support posts are at least 4 by 4 inches. The main stem can be twined around a post or grown straight against it; keep the stem firmly attached with heavy-duty garden twine until it has grown over the top of the structure and is attached there.

While the wisteria is becoming established – especially during the first year or two – leave the lateral branches on the main stem. Once the plant is growing well, gradually begin pinching or pruning off lateral growth at the plant’s base. Continue to remove some lateral growth each year as the vine ascends the post, then heads along the arbor or pergola roof.

Once the vine has reached the roof, direct its growth horizontally, tying it in place. As it matures, its own weight and its twining side branches will hold it in place. If you want to keep it lashed down for extra security, check annually to be sure the ties aren’t girdling the branches.