Cool- and warm-season varieties, in brief 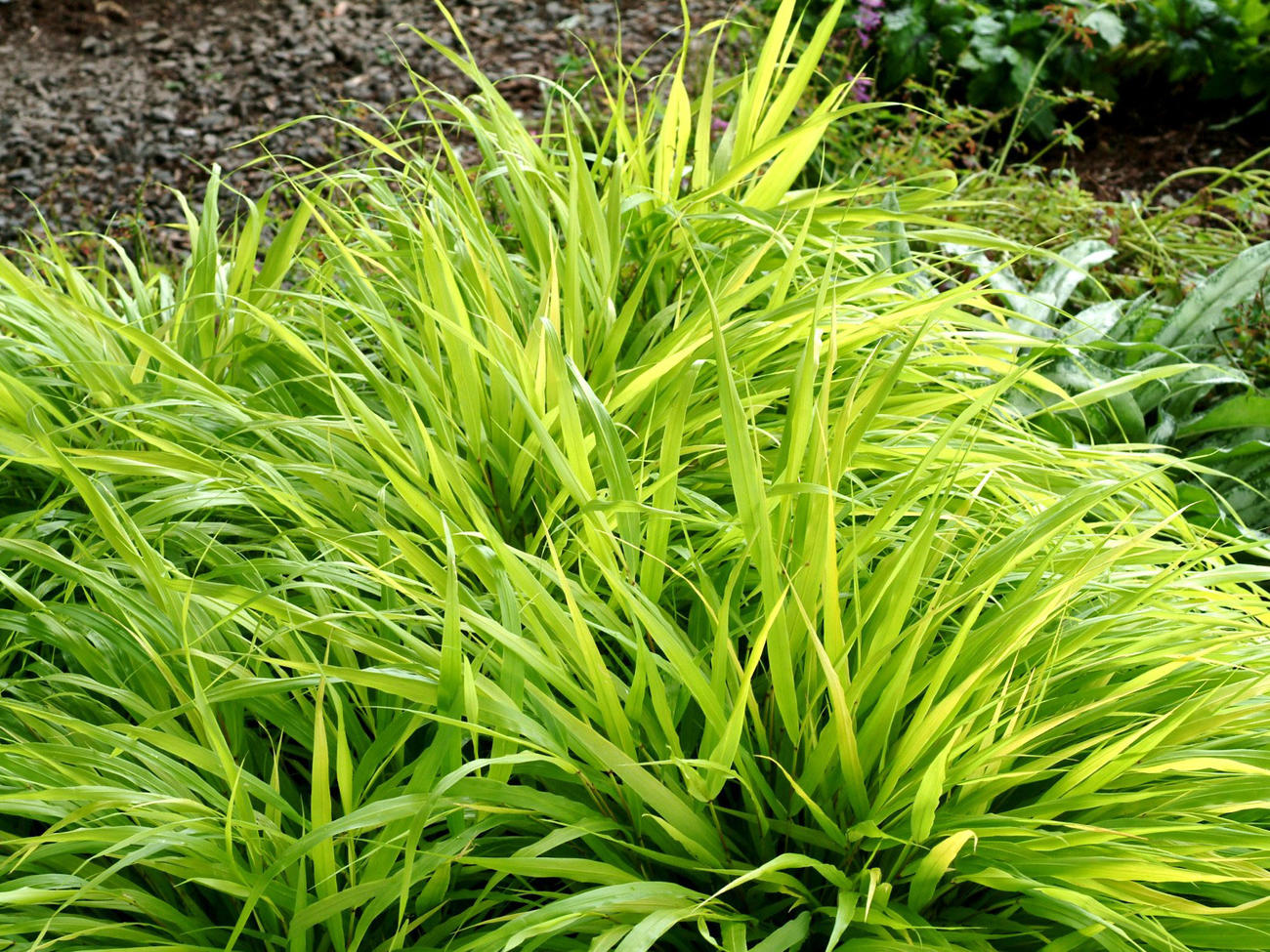 Lawn grasses fall into two general categories: cool-season and warm-season. Each group comprises a wide variety of grasses. Water and fertilizer needs differ between the two groups, and susceptibility to some pests and diseases varies as well. Where you live usually dictates the type of grass you can grow, although cool-season sorts succeed in many areas if given sufficient water.

Most widely grown in the northern parts of the United States, these grasses can retain their color all year round if they receive enough water from rain or irrigation. They aren’t recommended for very hot climates (whether dry or humid). You will, however, find hybrids intended especially for the warmer, more southerly parts of the range; for extremely cold-winter areas; and for regions with particular needs (high-elevation areas or those where grasses do better if resistant to specific diseases, for example).

Cool-season grasses include the “premier” lawn grasses: blue grass (the all-time favorite lawn grass), perennial rye grass, bent grass, and fine fescue. All have narrow blades and good color, and make lush-looking lawns. Many of the blue grass hybrids are very cold tolerant. Bent grass has the finest texture of all; you’ll see it most often on putting greens or used as a garden accent in a rarely-walked-on spot. Tall fescue is another cool-season choice.

Perennial rye grasses are famed for their toughness; they’re a top choice for playgrounds and for football and other playing fields.

Tall fescues, too, do well on playing fields. They’re also good on unstable slopes. Compared to many other cool-season choices, they are more shade tolerant, less thirsty, and slower growing (so need mowing less often). In recent years, they have become an increasingly popular alternative to blue grasses and fine fescues.

Many of the cool-season grasses on the market are blends. One common mixture combines blue grass (for color and lushness) with perennial rye (for toughness). Bent grass, too, is often included in blends to give the lawn a lusher look. These blends are developed by seed manufacturers and sod producers to suit specific situations; some take more wear and tear and others more shade, for example.

Unlike cool-season grasses, warm-season sorts go partially to completely dormant during winter (depending on how cold the weather gets) whether water is available or not. The group includes common Bermuda and hybrid Bermuda, zoysia, St. Augustine, bahia, centipede, and buffalo grasses. All grow most vigorously during hot weather, and most are grown in the warm climates of the South and Southeast, as well as in some parts of the Southwest and Far West. Buffalo grass has so far been most widely used in Texas and parts of the Great Plains states.

Common and hybrid Bermuda are among the most popular warm-season grasses. Both are relatively drought tolerant and very resistant to wear and tear. Hybrid Bermuda is finer textured than common Bermuda and and doesn’t turn brown in winter as readily.

Perhaps the toughest and most drought tolerant of all the warm-season grasses is zoysia. It’s also one of the most attractive, but it tends to go dormant sooner and stay dormant longer than the others.

Note that both Bermuda and zoysia are so tough and vigorous that it’s hard to eliminate them should you ever want to replace them with a different type of grass. Both are invasive, as well: they’ll travel into other parts of the garden via underground or aboveground runners. Be sure to monitor them and remove stray growth regularly.

St. Augustine is another tough (and invasive) variety; it tolerates shade and seaside conditions. It’s moderately drought tolerant but looks quite shabby during winter.

Drought-tolerant bahia grass is a good choice where soil is sandy or acid; it’s popular in Florida. Centipede grass is widely used throughout the South in regions where soil is infertile, acid, or both. It needs regular water and doesn’t take heavy foot traffic.

Gaining in popularity is our native buffalo grass. It forms the sort of even-looking, “classic” lawn we associate with cool-season grasses, but it survives intense summer heat and retains its color for much of the summer with little additional water (though it does tend to turn brown as summer draws to a close). It thrives in many parts of the country, even in areas where cool-season grasses are grown ― but gardeners in those regions prefer grasses that stay green year-round. However, new hybrids are being developed that hold their green color longer, giving buffalo grass a wider appeal.

One drawback to warm-season grasses is that they’re difficult to establish from seed (with the exception of bahia and centipede grass) and must be started from sod, plugs, or sprigs.Of those started from plugs or sprigs, St. Augustine and Bermuda initially spread and fill in faster than the others.