Which Type of Rosemary Is Right for You? 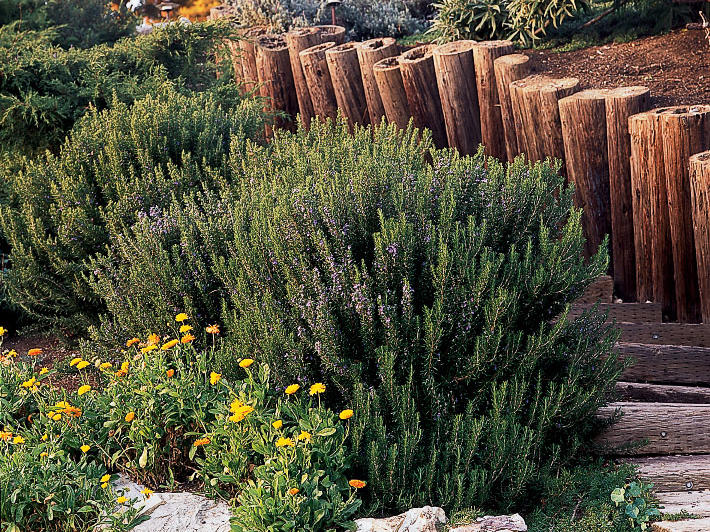 Rosmarinus officinalis should be a simple plant to explain. It’s easy enough to describe: an evergreen shrub native to the Mediterranean with dark green, needlelike leaves that have a resinous aroma. From late winter through spring, the plant displays blue flowers. There are two basic types: upright forms useful as shrubs, and prostrate types that will spill down slopes and cascade over walls. So far, so good.

Care is also straightforward. Once rosemary is established, occasional deep watering is almost all it needs. Prune lightly to shape, if desired. Feed little, if at all. The plants will endure drought, heat, wind, and salt spray. Insects leave them alone (the aromatic oils in the foliage act as a natural repellent). And deer and rabbits don’t like the taste.

Rosemary has only two weaknesses. It is somewhat tender―most varieties suffer damage when temperatures dip below the teens. And it is susceptible to root rot―usually a consequence of poor drainage, often exacerbated by overwatering.

Now comes the tricky part: distinguishing between the many varieties on the market. They don’t look much different in nursery containers, and catalog descriptions sound similar too. The fact that one variety may be sold under several names (for example, ‘Collingwood Ingram’, ‘Ingramii’, and ‘Benenden Blue’ are all the same plant) adds to the confusion.

To sort out the differences, we spoke with expert growers. They recommended the varieties listed below.

UPRIGHT SHRUBS (FROM TALLEST TO SHORTEST)

‘Tuscan Blue’, 6 to 7 feet tall. Leaves are wider than average and very aromatic; dark blue flowers. Good shrub for many situations. “The workhorse of the industry,” says David Fross of Native Sons Nursery (wholesale only), in Arroyo Grande, California.

‘Collingwood Ingram’ (‘Ingramii’ or ‘Benenden Blue’), 2 to 2 1/2 feet tall and 4 feet wide or wider. “Because it’s always putting out new side growth, you never see woody trunk,” says Mulligan. This habit makes it well suited for slopes (the garden shown on page 78 is a good example). This rosemary also mixes nicely with ceanothus, rockrose, and other drought-tolerant shrubs. 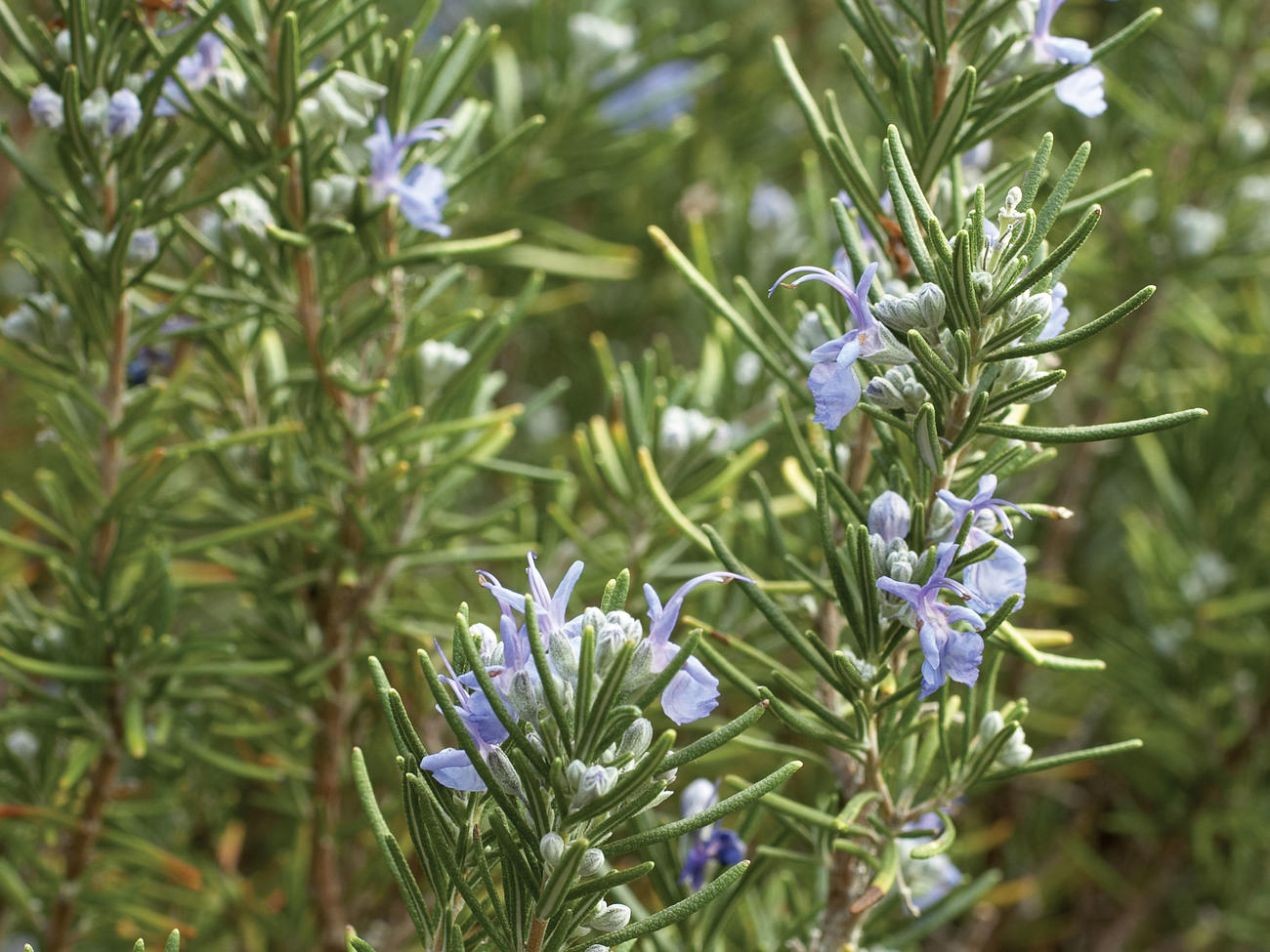 ‘Prostratus’, 2 feet tall and 4 to 8 feet wide. Pale blue flowers. Most commonly used rosemary for cascading down walls, as in the photo at left of the garden designed by Carole McElwee of Capistrano Beach, California. Fairly frost tender.

‘Huntington Carpet’ (‘Huntington Blue’). About half as tall and wide as ‘Prostratus’ (above). Leaf nodes are closer, so the ground cover has a denser appearance. Pale blue flowers. Excellent choice for covering slopes or trailing down walls.

You can use any R. officinalis for cooking, but upright kinds with broader leaves contain more aromatic oil. ‘Tuscan Blue’ is the favorite of many chefs, but ‘Blue Spires’ and ‘Miss Jessup’s Upright’ are also good. So is ‘Spice Island’, which is normally sold in the herb section; it grows into an upright, 4- to 5-foot-tall shrub.

Garden centers and nurseries may carry only a few kinds of rosemary, but most can usually order other varieties from wholesale growers on request. Or order plants from the following mail-order suppliers.

We’ve teamed up with the good people at White Bark Workwear in Los Angeles, California, to produce our first official Sunset garden apron—a sustainable and practical tool for gardeners everywhere. The spacious utility pockets are gusseted to expand and provide extra room for tools, twine, garden clippings, and anything else you might need to keep near.

Whether you’re growing your own food or seeding flowers to mesmerize the neighbors, gardening is hard on your body. Our foldable garden seat, featuring a neat embroidered Sunset logo, reduces the stress of constant kneeling or squatting. Plus, it comes with comes with five essential tools and the pockets to keep them at hand.

This elegant rake is great for breaking up dirt and attacking weeds! The tines are ideal for working with grasses and other weeds that have shallow, rhizomes, or runner-type growth. The carefully bent side tines flare slightly below the ferrule creating a beautiful, fleur de lis image. The solid steel rivets are set horizontally to the direction of pressure providing additional stability for the rake.

If you’ve got a lot of (ahem) ground to cover in your garden, you’ll need something to tote around your tools—like, um, this tool tote! It’s durable, emblazoned with the Sunset logo, and comes with two trowels and a cultivator, not to mention space to carry a whole lot more.

Plant your flag! Our weather-resistant garden flags come custom-printed with your family’s name. Show off your pride in the West—and, ahem, your good taste—with your favorite vintage Sunset covers.

How to Store and Preserve Herbs