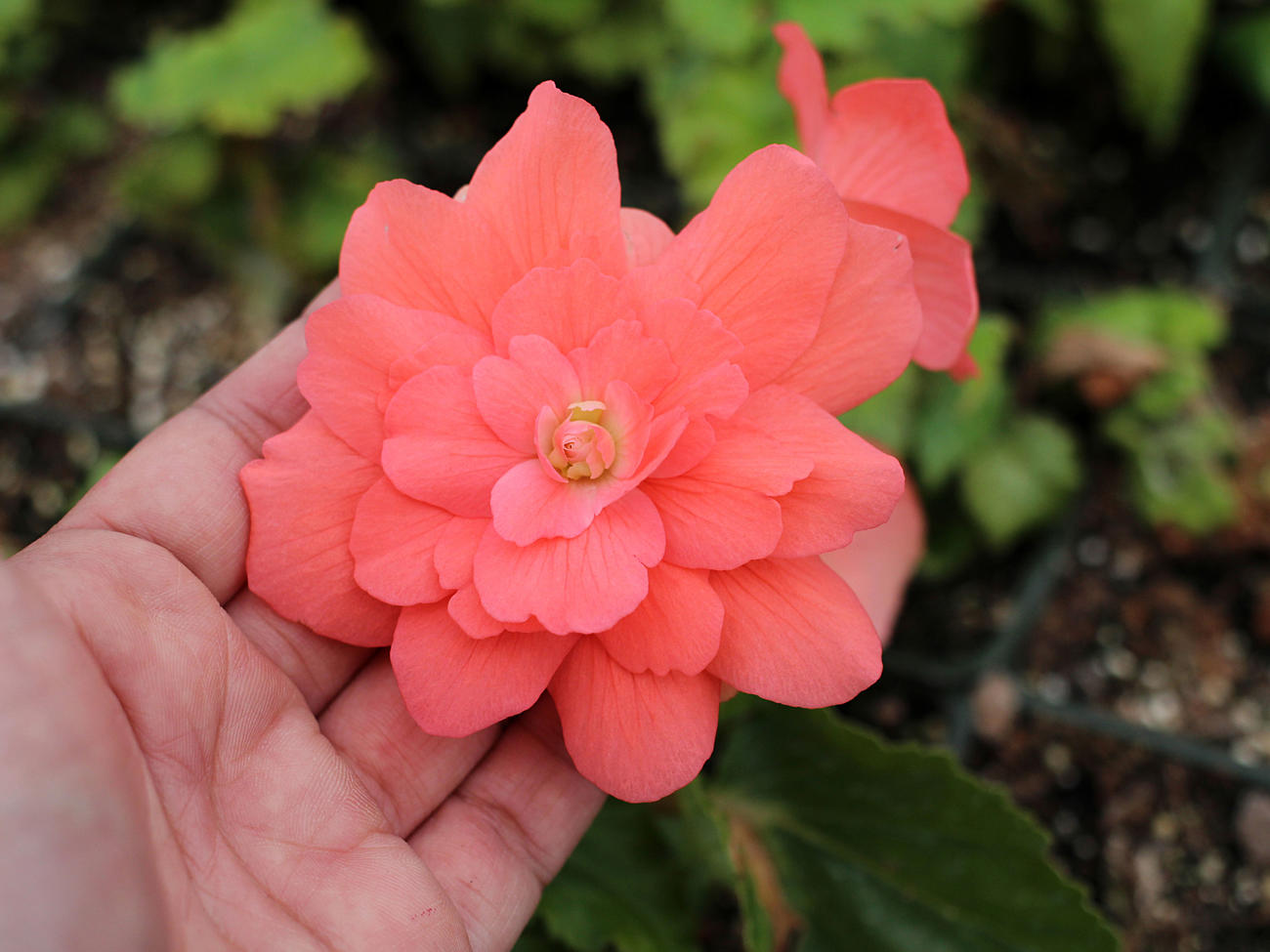 Written by Sharon Cohoon April 19, 2007
Share this story
Fancy foliage is the smart way to brighten up a shaded patio or a garden corner―leaves last while flowers don’t. And among plants with showy foliage, the fancy-leaf or rex begonias have no rival. Their leaves are large and richly patterned with blotches, splashes, and sprinkles in endless combinations of bronze, red, pink, purple, silver, and green. They’re also rippled, dimpled, crinkled, and curled. Some are fuzzy, while others have a metallic sheen. There’s a whole show going on in each leaf. The best news of all is their new toughness, thanks to the efforts of begonia propagator and breeder Jim Booman of Booman Floral in Vista, California. A decade ago, Booman decided to solve the problems afflicting previous generations of rex begonias, including a tendency toward salt burn on foliage (exacerbated by the West’s generally alkaline water) and a long winter dormancy period. His Great American Cities, Beach Cities, and other rex-begonia series are fuss-free and forgiving, he says. Our experience growing the plants confirmed his claim. These regal beauties give a long season of pleasure flourishing outdoors when nighttime temperatures are above 55°. DESIGN AND CARE TIPS Rex begonias are striking enough to go solo in a container. They also combine well with other plants, as long as you give them the starring role. Small grassy plants such as liriope or lacy ferns make good mates, as do simple trailers such as vinca or ivy. If you add flowers, use small, shade-tolerant types―impatiens or lobelia, for instance.

Outdoors, rex begonias like part- to deep shade, ordinary potting soil, and water when the top inch or so of the soil is dry. Give them a balanced liquid fertilizer once a month, or add granular timed-release fertilizer to the potting soil at planting time. Avoid misting the leaves; alkaline water just desiccates them. Instead, when humidity drops to below 10 percent, hose down the patio floor and water the plants. In Sunset climate zones 14–24, H1, and H2, begonias can remain outdoors year-round. In colder climates, bring plants indoors before cold weather arrives.

All rex begonias are gems in their own way, but the following are our favorites among the new varieties. If you have trouble finding these rex begonias at your garden center, try ordering from Plants for Kids or Logee’s Greenhouses (888/330-8038).