Why you can’t trust every recipe on the internet 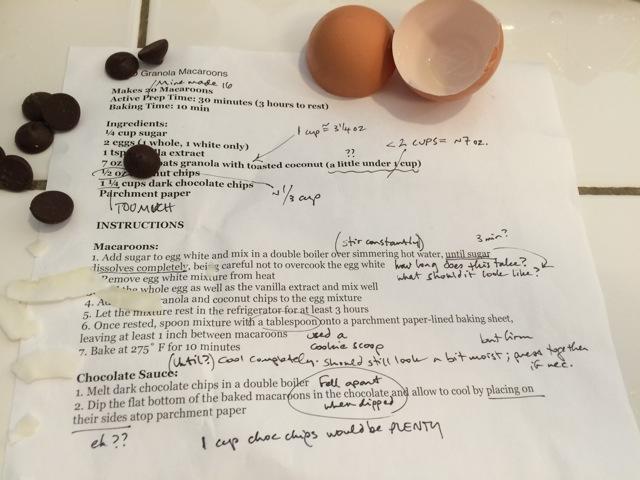 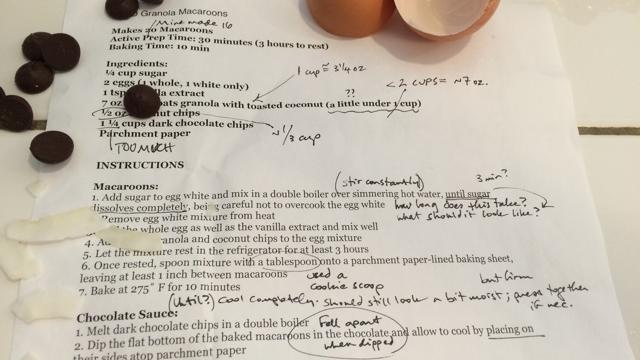 Just because a recipe is published—whether online or in print—doesn’t mean it’s going to work. Here’s how to improve your chances of cooking something good.

Let me guess: You think that if you see a published recipe—whether in print or online—it must be good, it undoubtedly works, and you’ll end up with something that looks pretty nearly like the gorgeous photo accompanying the text.

I’ve done a lot of recipe testing over the years – both professionally, for magazines, and personally, from magazines. I’ve found that it’s more the rule than the exception that a recipe doesn’t tell the whole story for the average cook. I can’t count the number of recipes I’ve tested that have been confusing, misleading, or even downright wrong at some point in the process.

As Delicious Living’s recipe tester and manager for many years, my monthly printouts were always riddled with notes made during the cooking and tasting. Recipes that sounded good on paper—submitted by professional recipe developers and chefs—not infrequently had fatal flaws: wacky measurements, missing instructions, unclear steps.

The results spilled the beans, so to speak: Oops, that rice pilaf is so bland! Probably the chef meant to say “salt to taste” … but how was I supposed to know? Dang, I wish the recipe had told me to poke those squash to see if they were completely tender before I served them stuffed with expensive quinoa and chanterelles. Rats, that zucchini bread collapsed in the middle and tastes like baking soda … maybe 1 tablespoon was a typo?

After every session, I’d invariably say to my team: This is why we test recipes. We insist on catching mistakes before the recipe goes into our readers’ trusting hands.

How can you ensure that you’ll have success with a recipe? Here are a few pointers.

When a magazine or website includes notes “from the test kitchen” or lists “recipe tester” or “test kitchen professional” among their staff, you know they’ve taken your needs to heart and have tried every recipe from start to finish (often more than once). Sunset is one such publication that tests its recipes thoroughly.

Sometimes it’s irresistible (and fun) to experiment with a new recipe source. In that case, start with a hefty dose of common sense. Just knowing that something written down could be a mistake will hold you in good stead. Don’t be afraid to adjust something if it sounds fishy to you.

3. Read a new recipe completely through

Visualize every step in your mind—even the shopping. Does the recipe tell you how many almonds by weight yield 1 cup ground almonds? Does it give some indication of how the finished product should look when it’s done baking or steaming or marinating? Does it tell you what size pans to use? All these helpful guideposts, like little lights along the path, mean the source has kept you, the average cook, in mind.

As you read, track the ingredients: Are they all accounted for in the directions? (Good recipes list ingredients in the order they’re used.) You’d be surprised how often I’ve tested recipes that list a certain ingredient – say, 1/2 cup chopped walnuts – that then disappears off the page. (Wait! Do those walnuts go in before folding in the egg whites, or after? Or are they sprinkled on top at the end?)

If this happens, take a deep breath and refer to point 2. You’ll usually be able to intuit where the wayward ingredient should go – and in most cases the timing won’t make a huge difference.

When a recipe says “1 cup mushrooms, sliced,” does that mean you cram whole mushrooms into a cup and then slice them (which, when sliced, likely won’t equal 1 cup)? Common sense rules again: You can be pretty sure you should slice, then measure. Well-written recipes will always tell you the form of the ingredient (sliced, ground, diced) before the ingredient itself – unless the recipe really means to have you take the ingredient and then do something to it (“1 large potato, peeled and cubed”).

Make your own testing notes for future reference – and, if possible, post them online in the recipe’s reviews to help others.