Since this is the last week of my summer internship here at Sunset, I got started thinking about all the history behind this 116-year-old p... 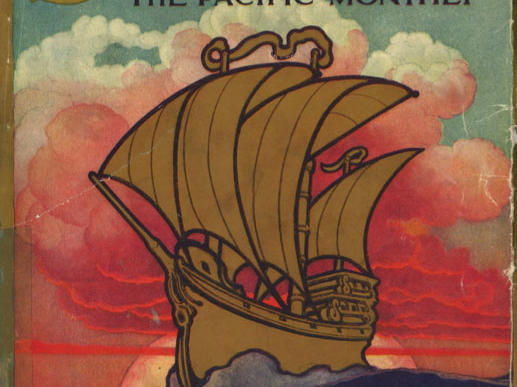 Since this is the last week of my summer internship here at Sunset, I got started thinking about all the history behind this 116-year-old publication. Where was the first garden we planted? What was the first recipe we published? When did we first profile a Western home? And who illustrated the beautiful vintage covers?

Too many questions to answer in two days, surely. So I decided to embrace the essence of Throwback Thursday and start my search with the simplest of queries:

Here is what I knew prior to digging through our archives:

I headed over to our unbound archives (five or six huge file cabinets where we keep old issues), and started searching for the September 2014 issue. Little did I know that almost exactly 100 years ago, Sunset was making history—its own history, at least. 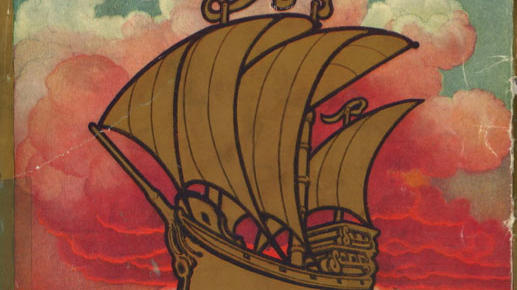 Apart from being a work of art, the September 1914 cover marks the first issue published after Woodhead, Field & Company bought Sunset from the original founders.

This tidbit of magazine trivia becomes more compelling in context. Prior to September 1914, a railroad company called the Southern Pacific owned Sunset. Southern Pacific founded the magazine largely to develop its market (travel in the West), so the magazine was often characterized by sweeping views of western landmarks and detailed destination guides.

But after Woodhead, Field & Company’s purchase, Sunset shifted into a new era. World War I had just started brewing. The Panama Canal opened. The world was changing, and the West was on brink of it all. The evidence is captured perfectly within the pages of our old issues: 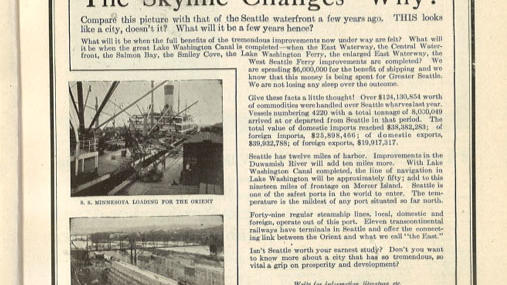 An ad from the Puget Sound Tourists and Homeseekers Bureau trying to convince people that Seattle is, indeed, a city. 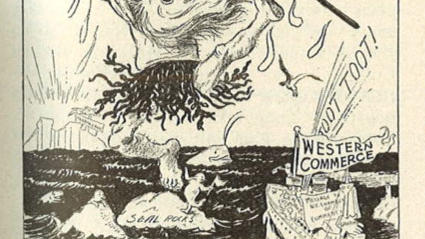 A political cartoon about the opening of the Panama Canal. 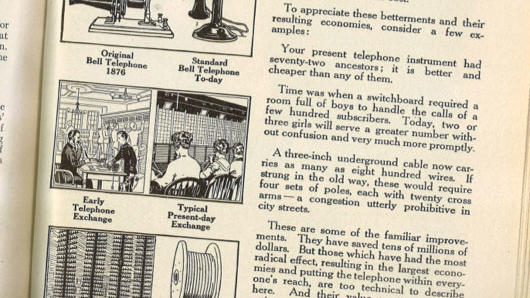 An ad for the continued development of the telephone.

The following month’s cover story was “The War of Wet and Dry,” an expose of the prohibition push in California, Oregon and Idaho. 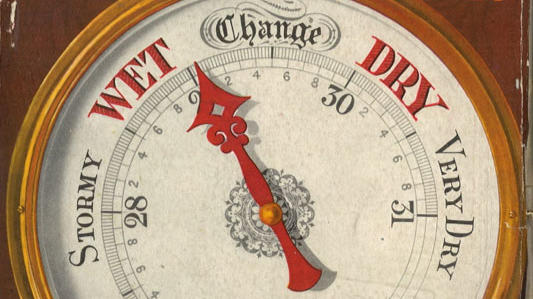 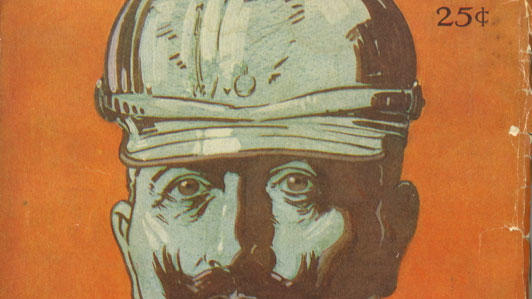 The Sunset archives hold a fascinating and humbling collection of history. But my favorite part is still the beautiful artwork—and that was the question I really wanted answered.

Those initials—sometimes even just “W.H.B.”—are on nearly every gorgeous illustration in the archives. I conducted a quick Google search for the name.

William H. Bull moved from New York to California around 1894. He was hired as an artist for the Southern Pacific Railroad, but designed covers and interior images for Sunset even after it was bought. He lived in San Francisco for a while, and likely moved to San Mateo, CA around 1901, where he lived until his death.

It turns out, W.H. BULL’s art is not all that common. But he sure made his mark on the Sunset legacy and, it seems, lived the kind of life that Sunset was originally created to promote.