Water, honey, and yeast? Can mead be that simple?

In hopes of some insight to making the intoxicating draught for our One-Block Diet, Margaret, Kimberley, and I paid a visit to theRabbit's ... 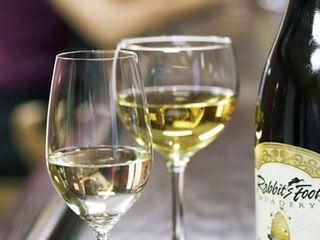 In hopes of some insight to making the intoxicating draught forour One-Block Diet, Margaret, Kimberley, and I paid a visit to theRabbit’sFoot Meaderyon a quest to learn more about honey wine. 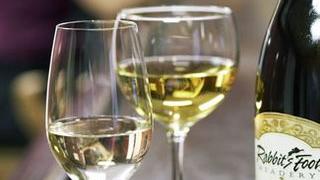 Since the meadery is located in a business park in Sunnyvale, California, we expected to visit only the production site of Rabbit’s Foot mead.  Instead, we were greeted by customers pouring out the door, mugs in hand, due to lack of space inside thebar.  Yes, a bar in an industrial business park.  I must admit, I like their style.  Is this Silicon Valley’s secret weeknight hotspot?

Michael and Maria Faul started the meadery about 15 years ago when they began experimenting withmead in their garage and giving it to friends.  Before they knew it, the couple was making 200 gallons a year and their friends were still drinking for free.  Do you see anything wrong with that picture?  Michael and Maria did too and the sale of mead began.  Not only has Rabbit’s Foot won many awards since, but their meads are now sold at dozens of grocers and served at many restaurants, including The French Laundry in Yountville, California.

After a tour of the meadery, led by Mark, a close friend of Michael’s, we headed to the bar to taste some of their meads. Rabbit’sFoot makes five different meads and a variety of honey beers, ciders, and braggot.  Sadly, we were only there for the meads, but another trip forthe beers is certainly in order.

First we sampled their Dry Mead.  When most people think ofmead (if they think of it at all), they think of it as syrupy and overly sweet,but this was quite the contrary.  The fragrance was reminiscent of floralbourbon and the taste was dry, buttery, and delicious.  We moved onto theSweet Mead, which was perfectly delightful in its simplicity.  Water,honey, and yeast.  That’s it.  No spices or juices added to it, justthe luscious flavor of the honey shining through.  This was exactly thetype of recipe we were looking for. 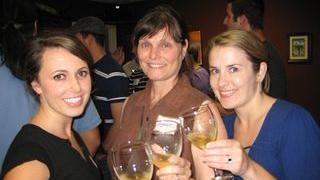 After Margaret, Kimberley, and I mulled the idea over a few more glasses of Apple Cyser, Raspberry Mead, andMelia(pure orange blossom honeymead, which rang true to the title of “Nectar of the Gods”), we made a very important decision for the One-Block Diet.

With this post, I would like to formally announce the founding of Team Mead in co-op with Team Bee.