The fine art of chicken massage

by Elizabeth Jardina, Sunset researcher First things first: Ophelia is doing okay. This all started on Monday. Today is Thursday. ... 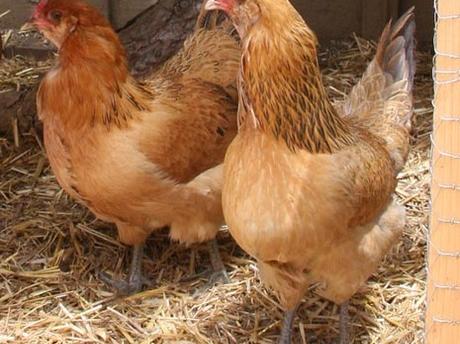 This all started on Monday. Today is Thursday. Her crop still feels enlarged, but it’s not nearly so hard as it was before her treatment at the vet. Now it feels more like one of those gel-filled stress balls. Full, but squishy.

You can see her still-enlarged crop in this photo. Ophelia’s on the right, while her normal-cropped fellow Ameraucana Alana is on the left. 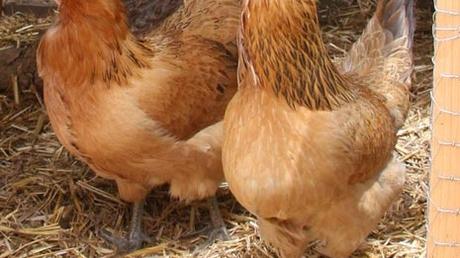 She’s eating and drinking, and yesterday, she laid an egg. Laying an egg is a very good sign, because it means that she’s digesting food and drinking water.

When Margo took her to the vet, the vet recommended massaging her crop. 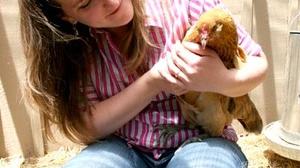 So every couple of hours, I’ve been going out to the coop to massage Ophelia’s swollen crop. At first she resisted. Now, she seems resigned to it, making little adorable clucking noises sometimes.

It definitely feels like there’s still food — or maybe just stuff — hanging out in her crop, but it doesn’t seem like it’s getting infected or anything.

How would I know this, you ask?

Why, I’ve been smelling her breath, of course.

(My job is seeming weirder and weirder.)

If your chicken with a swollen crop has bad breath, sour or foul-smelling, it means that either bacteria or fungi have seized the opportunity to multiply in a vulnerable crop.

So as I’ve been massaging Ophelia, I’ve been taking furtive sniffs toward her beak. She smells like nothing, unless she’s been walking around in chicken droppings, in which case she smells like manure. (These are the less bucolic massage sessions.)

Today, I gave her some bread soaked in lots of olive oil in an attempt to get the stuff in her crop moving again.

Patience and massage are the next steps. Also, saying hello to Honey when she hops up, demanding her massage. (Her crop feels fine.) 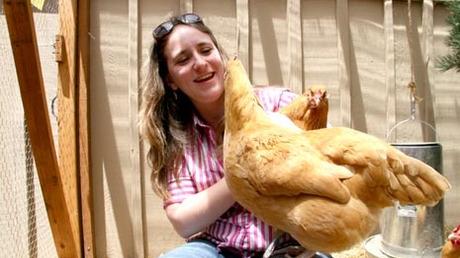