A Reliable Sourdough Starter Was Elusive—Until We Added This Ingredient

Get the scoop on the West’s iconic bread and how to make it from scratch using our easy, no-fail starter recipe. 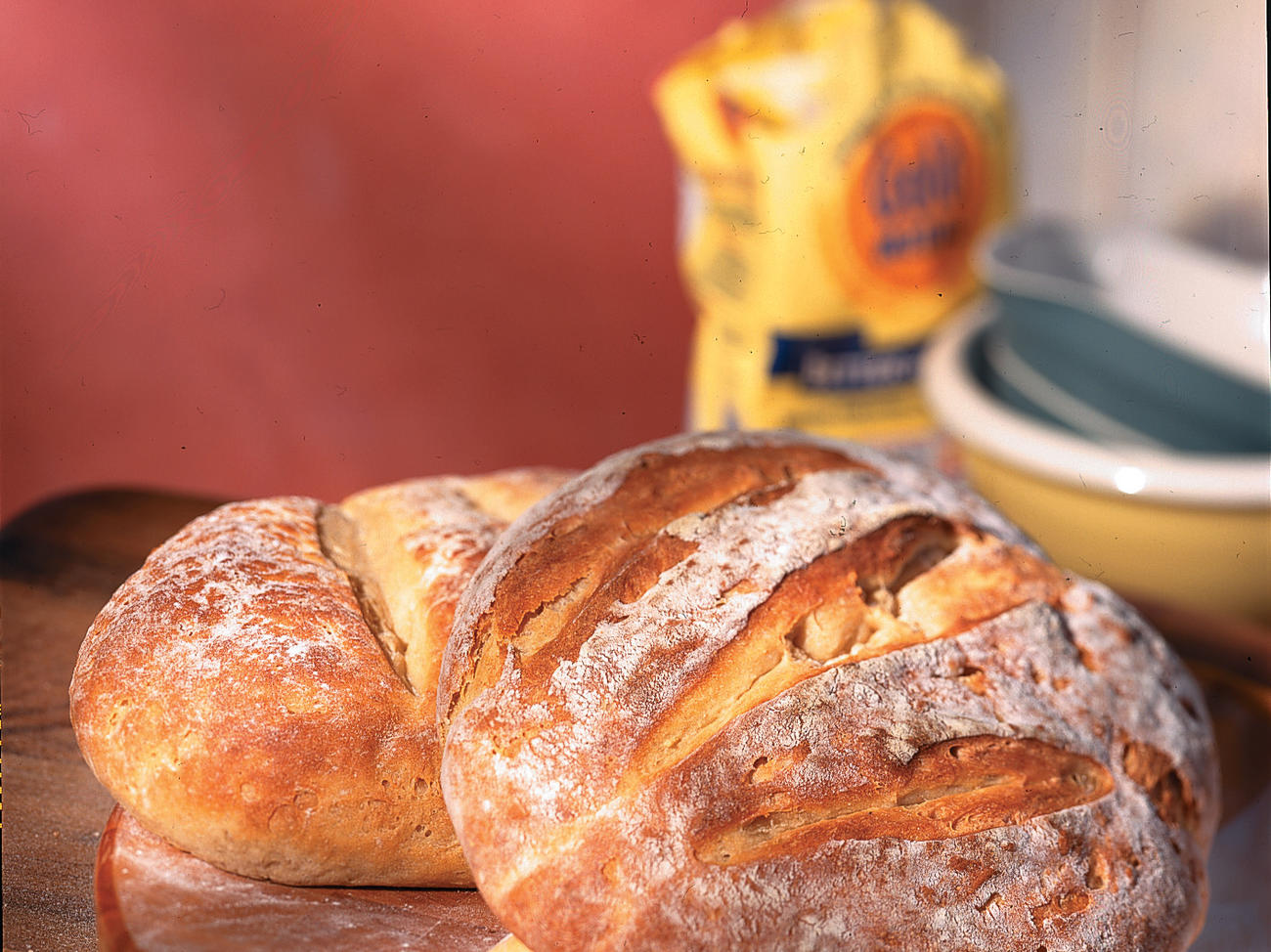 Since California’s gold mining days, sourdough has been a Western staple, delighting generations with its tangy flavor in breads, pancakes, and other baked foods. The West didn’t invent sourdough, of course. This style of baking goes back to the ancient Egyptians, and Europeans have baked with sourdough starters for centuries.

A sourdough starter is a portion of dough that is allowed to ferment. When this happens, the wild yeast and bacteria in the flour, in the liquid, and even in the air break down natural sugars and produce carbon dioxide, which enables bread baked with the starter to rise. As it ferments, the starter also produces acidity—in the form of lactic acid and some acetic acid—creating the “sour” in sourdough.

Starters vary from place to place (because wild yeasts are different everywhere) and baker to baker. The ones that developed in the San Francisco area were uniquely sour. In fact, the bacterial strain that’s responsible for that sour flavor was eventually identified and named Lactobacillus sanfranciscensis in honor of San Francisco.

Once established, a starter can be kept going for decades. Boudin Bakery, founded in San Francisco in 1849 and still operating, traces its sourdough starter to one begun more than 150 years ago by Isidore Boudin. (The Boudin starter was borrowed, so the story goes, from one of the actual “sourdoughs”—the name given to gold miners because they relied so heavily on sourdough starters for bread baking out in the gold fields.)

In the 1980s, sourdough helped fire up an artisanal bread—making revolution when Steve Sullivan and his wife, Susie, founded Acme Bread Company in Berkeley, California; to create the leavener for their levain bread, which sets the standard for artisan-style bread in America, he created a starter inoculated with wild yeast from wine grapes.

Sourdough has been a standby at Sunset since 1933, when we published the first recipes. However, we discovered that capturing the right bacteria and yeasts to establish a good starter can be hit or miss—some mixtures never fermented at all, while others were weak or inconsistent.

As with a classic starter, ours ferments flour and liquid—milk, in this case—with some yogurt, already packed with helpful bacteria to get things off to a good beginning. Yogurt also produces a very active, bubbly starter and gives a wonderful zesty flavor to the bread. After a few days’ incubation in a warm place, the bacteria multiply to break down sugars in the flour and milk and give the characteristic sour smell and tang, and the starter is ready to use. Despite its terrific souring qualities, yogurt-based starters don’t always have a reliable yeast component (their high levels of acidity can inhibit yeast’s gas production), so we add dry yeast when baking. For best results, use milk (nonfat or low-fat for tangiest flavor) and yogurt that are as fresh as possible (check the sell-by date) and use them right after opening.

Care and Feeding of Your Starter

To keep bacteria and yeasts healthy, the yogurt starter must be nourished occasionally with flour and milk.

Environment. When creating the starter, incubate it between 80° and 90°. Any hotter and the bacteria may die; any cooler and the starter could develop mold. Set it on top of your water heater, on a counter with a lamp warming it, or in an oven warmed with pans of boiling water. An established starter is stronger; after feeding, it can stand at room temperature.

To feed the starter and keep it going. For best results, try to feed the starter at least once a month, even if you’re not baking. To feed, add warm (90° to 100°) nonfat or low-fat milk and all-purpose flour to the starter, each in quantities equal to what you’ll be using in the recipe. For example, if the recipe calls for 1 cup starter, add 1 cup milk and 1 cup flour. (This is also the right amount for a monthly feeding even if you’re not baking.) Cover tightly and let stand in a warm (80° to 90°) place until bubbly and sour-smelling and a clear liquid has formed on top, 12 to 24 hours. The clear liquid shows that the acid level has risen and is starting to break down milk protein, and high acid means sour flavor. Use at this point (just give it a stir first) or cover and chill.

To increase the starter supply (for gift-giving or quantity baking), you can add up to 10 cups each of milk and flour to 1 cup of starter (use a large container). The mixture may need to stand up to 2 days before the clear liquid forms on top.

What if I neglect my starter?

Even with the best intentions, it’s easy to forget to feed a starter, but they can be surprisingly resilient. If you rediscover yours in the back of the fridge, take its “pulse.” An “old” smell, no bubbles at room temperature, a top layer of dark brown liquid, or slight mold growth indicate your starter isn’t feeling its best. First spoon off and discard any mold, then stir the starter. Feed it 1 cup each of flour and milk and let stand. After 24 hours, discard half the starter and repeat feeding and standing. Repeat a third time, if needed, until the starter bubbles and has a “fresh” sour smell. If, after repeated feedings, your starter still smells “off” and won’t bubble, throw it away. Also begin a new starter if mold growth is heavy.

Can you use a starter too often?

Overuse isn’t a problem per se; if you bake several times a week or feed your starter a lot all at once (to increase quantity), it may take longer than usual to regain normal sourness. After feeding, let it stand as directed in To Feed the Starter and Keep It Going, left.

Why do starters “die”?

The longer a starter stands without new food, the higher the acidity gets; too much acid, and beneficial bacteria can’t survive. Mold infestations may also kill off good bacteria.

Can I freeze it when I’m not going to use it for a while?

Starters generally freeze successfully for up to a few months, but freezing does change the bacteria’s cell structure. Longer freezing brings more changes and decreases the chance of success with the thawed starter.