Guidelines to help you bake successfully above 3,000 feet 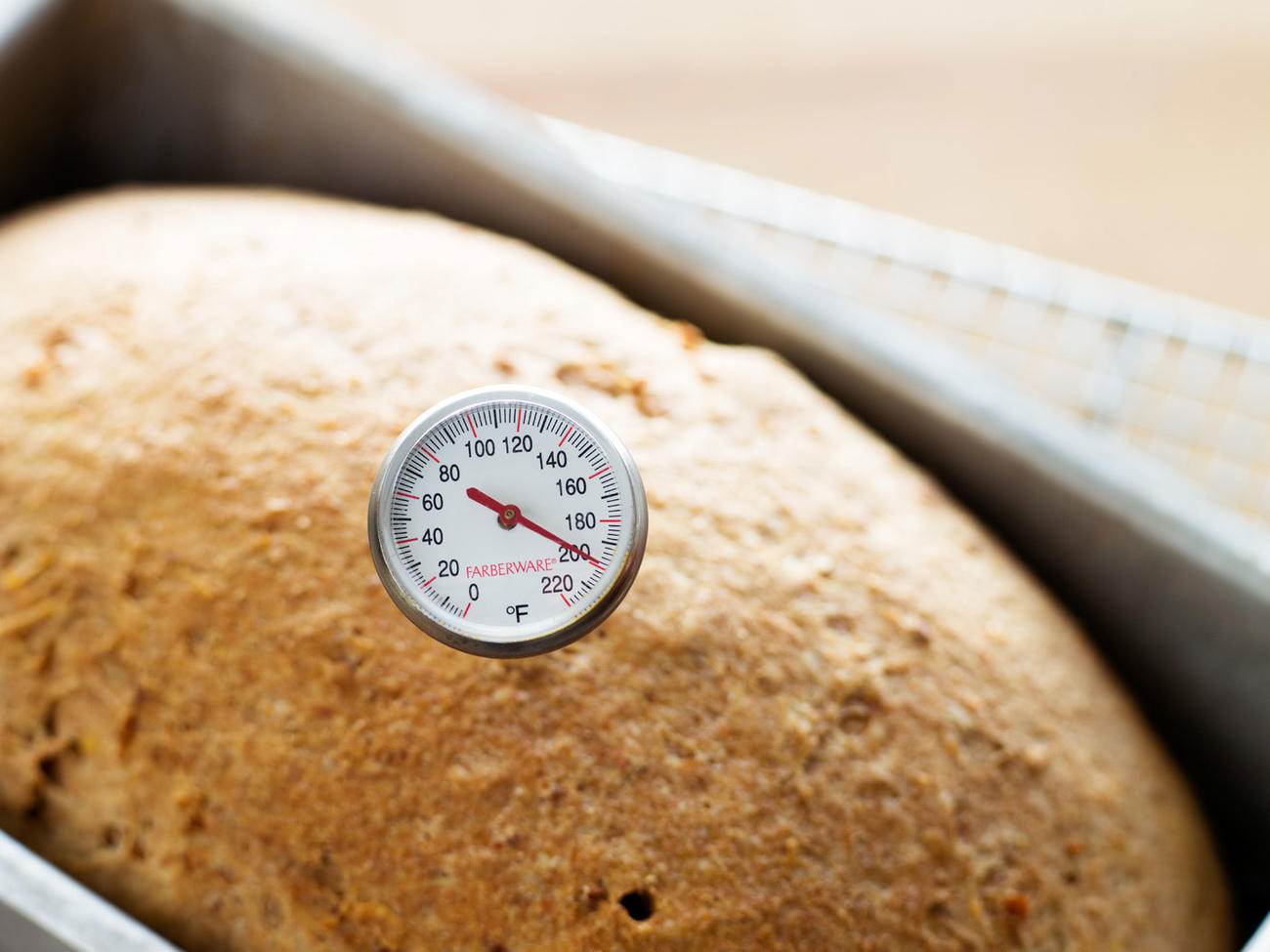 Climb every mountain and you’re likely to find a frustrated baker. That’s because most baking recipes, including ours, are developed and tested for use from sea level to about 3,000 feet. With the help of high-altitude baking authorities Pat Kendall, of the Colorado State University Cooperative Extension; Nancy Feldman, from the University of California Cooperative Extension; and the invaluable book Pie in the Sky (William Morrow, 2005) by Susan G. Purdy, we’ve assembled some guidelines that should help you bake successfully above 3,000 feet. If you live in one of the country’s many high-altitude areas, consider buying Purdy’s entertaining and exhaustively researched book—she tested every recipe at five different elevations.

Why does altitude matter?

Liquids boil at lower temperatures (below 212°) and moisture evaporates more quickly at high altitudes—both of which significantly impact the quality of baked goods. Also, leavening gases (air, carbon dioxide, water vapor) expand faster. If you live at 3,000 feet or below, Kendall and Feldman suggest that you first try a recipe as is. Sometimes few, if any, changes are needed. But the higher you go, the more you’ll have to adjust your ingredients and cooking times.

Use butter, flour, and parchment to prep your baking pans for nonstick cooking. At high altitudes, baked goods tend to stick more to the pans.

Be exact in your measurements (once you’ve figured out what they should be). This is always important in baking, but especially so when you’re up high. Tiny variations in ingredients make a bigger difference at high altitudes than at sea level.

Boost flavor. Seasonings and extracts tend to be more muted at higher altitudes, so increase them slightly.

Have patience. You may have to bake your favorite sea-level recipe a few times, making different adjustments each time, until it’s worked out to suit your particular altitude.

To find your town’s elevation, go to geonames.usgs.gov/pls/gnispublic

Cut back on the flour. Flours tend to be drier and will absorb more liquid in the low humidity of high altitudes. You may need less flour than the recipe calls for, so mix in about two-thirds, then check the dough to see whether it looks and feels right before adding more.

Keep an eye on the dough’s rise. Let it rise twice or even three times if necessary. Yeast doughs rise more quickly—sometimes twice as fast—in the reduced pressure of higher altitudes. If dough rises much more than double, it could collapse. Check the rise after half the time specified in the recipe. The drawback of a short rise can be a muted flavor. If your bread doesn’t have a good, full sourdough or yeast taste, the next time you make the recipe, punch the dough down after the first fast rise and let it rise a second (even a third) time before shaping.

Pre-empt the last rise. Instead of letting dough rise until doubled in volume, only let it rise by about a third. That will compensate for its tendency to overexpand in the oven.

Add moisture to the oven. As wheat products bake, they are lightened, or leavened, as the heated moisture in them swells and forms tiny bubbles encased by thin dough walls. At high altitudes, moisture evaporates more quickly, and the surface of the bread dries out and crusts over before the inside has fully cooked—preventing the loaf from rising. Putting a pan of water on the oven floor or spraying the hot oven walls with water creates steam, which stops the evaporation in the bread and allows the interior to fully expand.

Bake at a slightly higher temperature. This can help too (see baking list on the next page).

At higher elevations, cakes are especially fragile. The adjustments you need to make depend on what makes the cakes rise.

Cakes leavened by trapped air. Cakes such as chiffon, angel food, and sponge are leavened by air bubbles trapped in whipped eggs or egg whites. At higher altitudes, egg mixtures whipped to the maximum will collapse as the lower air pressure encourages the air cells to keep expanding. To account for this, whip the eggs a little less—to soft peaks instead of stiff ones for egg whites—to allow for expansion. Also, reduce the sugar slightly; this will help the whipped mixture to firm up at a lower temperature.

If the egg foam breaks, its drainage forms a rubbery layer—and the cake usually falls. A little additional flour will strengthen the cake, and baking at a slightly higher temperature will firm up the egg mixture faster.

Cakes leavened by baking powder or soda. At high altitudes, a slight increase in egg and flour (along with the changes noted in the baking llist below) produces effective results. All-purpose flour, because it has a stronger protein structure that holds up better at high altitudes, is usually a better choice than weaker cake flour. Also, the baking powder and soda need to be reduced, because the gases they produce expand so much more freely at high altitudes; they’ll burst through the cake’s structure and cause it to fall the minute it leaves the oven.

The batters and doughs for muffins, pancakes, biscuits, and other quick breads contain less fat and sugar than do those for regular cakes, and a minor reduction in baking powder may be all that is needed. But if results are unsatisfactory, try the other modifications suggested in the baking list below.

Whether you like thick and chewy chocolate chip cookies, prefer them thin and crisp, or crave them double chocolatey, we’ve got the perfect recipe for you.

Cookies are relatively easy to make at high elevations. The main problem is that they tend to spread, especially if they contain a lot of fat, and their flavor may be more muted. Prescription: To slow down the spread, add a little more flour, slightly reduce the baking powder and soda, and bake at a longer temperature for a longer time. However, it sometimes also works to increase baking temperature and shorten the time; see list below.

Crusts—especially the rims—tend to brown before the filling is cooked at higher altitudes, so shield the rim of your pie with foil (one easy way is to cut the center out of a square of foil, then set it over the pie). And the bottom crusts tend to get soggy, so you can either parbake them before filling, or start the pie off on the bottom shelf (right above the heating element) in a hot oven for the first 15 minutes, then move it to the center rack and finish baking at a more moderate temperature.

In addition, consider sticking to soft fruits, most of which will cook faster, before the crust burns, or parcooking the fruit before filling your pie shell. (The exception is berries, which actually cook slower at high altitudes. The lower boiling point means their juices won’t heat as quickly to soften the starch needed for thickening the filling.)