Prepare them simply for an unusual side dish 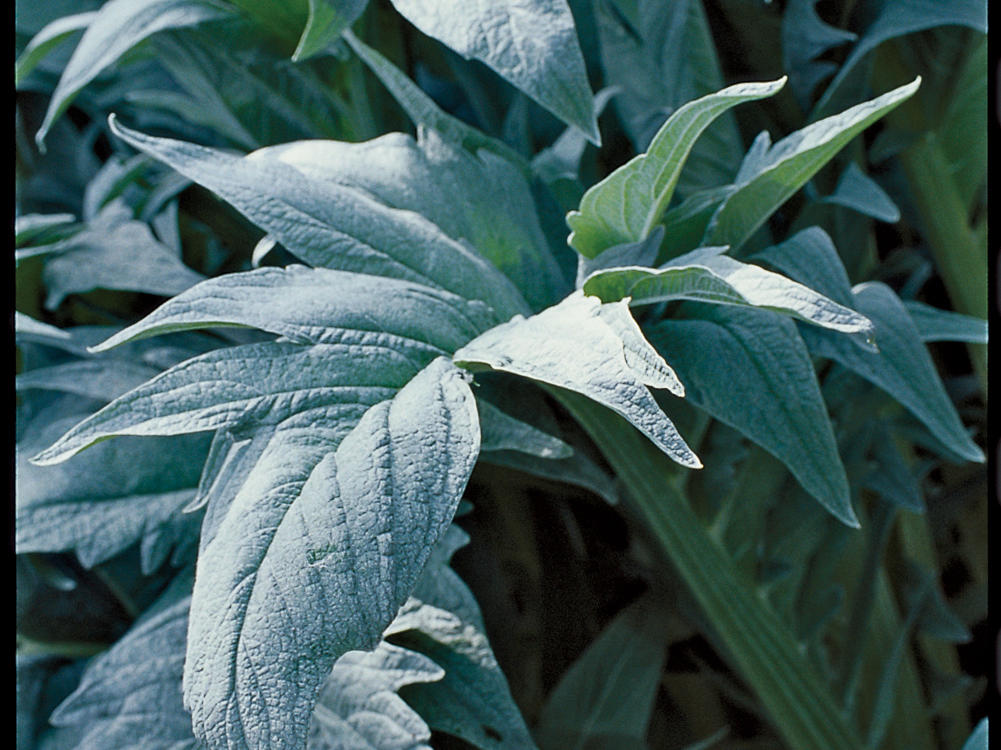 If you’ve read Food Guide over the years, you’ve met my Italian mother-in-law, who lived on an artichoke ranch and cooked from the garden. Her culinary heritage was grounded in Tuscany.

So was her garden, where cardoons (in Italian, cardoni; in French, cardons) flourished. Cardoons, which look like overgrown celery bunches, are a close relative of the artichoke, but it’s the large stalks, not the thistlelike flower buds, that are edible.

The plants grow in the cool season wherever artichokes do; you’ll find them now in markets that feature Mediterranean vegetables.

Cardoons are sadly ignored these days, except by a shrinking number of cooks who know how to deal with them. I’ve read recipes so complicated that a novice would be discouraged.

But my mother-in-law’s approach was straightforward: She went to the garden and cut a few broad, silvery stalks. Back in the kitchen, she rinsed the individual stalks and trimmed off the leaves and any discolored sections.

Then, with a sharp knife (a peeler tends to clog), she cut the coarse, stringy fibers off the stalk backs, discarded any pithy portions, and cut the vegetable into large pieces or ½-inch dice.

Cardoons, like artichokes, discolor when cut and taste bitter when raw. Cooking solves both problems. My mother-in-law had two approaches. For both, she dropped the trimmed cardoons into a generous amount of boiling water. Then she either simmered them until creamy to bite (30 to 40 minutes) or boiled them just until tender-crisp (about 15 minutes), drained them, and finished simmering the vegetable in broth with seasonings such as peppercorns, fennel seed, and coriander seed.

For a hot dish, sizzle cooked cardoons in butter or olive oil (with or without garlic and onions); boil with a little whipping cream to glaze, then sprinkle with parmesan cheese; add to stews; or dip large pieces in batter and fry for fritters (my mother-in-law’s favorite treatment).