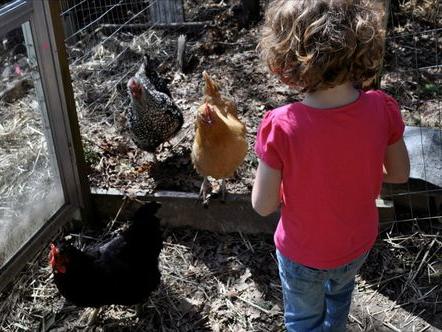 In mid-April, the team’s kids raided the Watt family chicken coop for eggs. 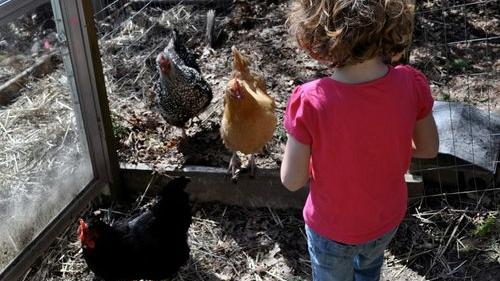 Coraline, Cookie, and Little Miss Muffet with Maxine. (Maxine is the little girl.) 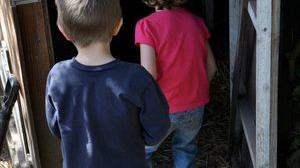 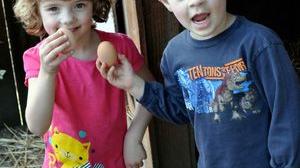 Maxine and Larsen check the coop for eggs (left). Score! 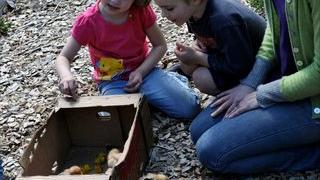 New chicks were an instant hit.

Each of the family’s gardens has its own distinct personality: 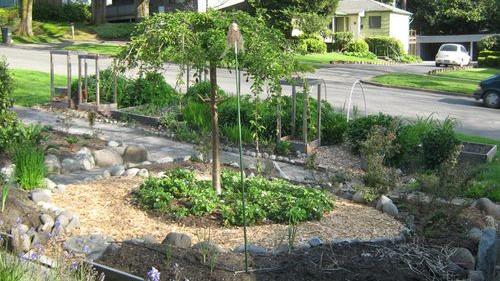 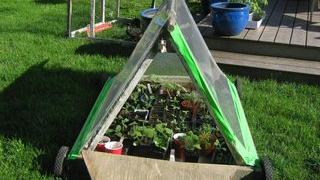 The Watts have a cool movable greenhouse. 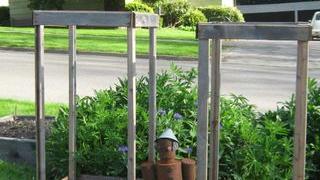 And some intriguing potato beds. 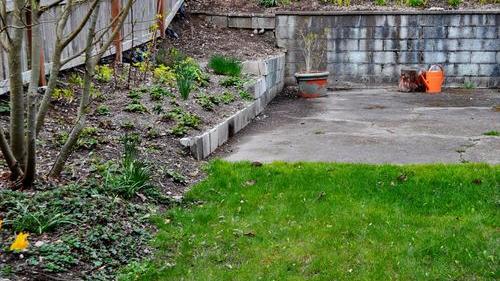 The Wilson garden is all about levels. 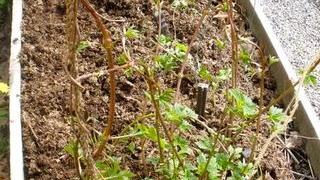 In the Suhrbier garden, pumpkin vines are sprouting,
along with strawberries and hop vines (pictured),
which of course thrive in the Pacific northwest
(known to some as Beervana). 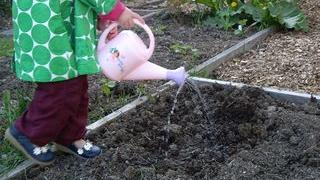 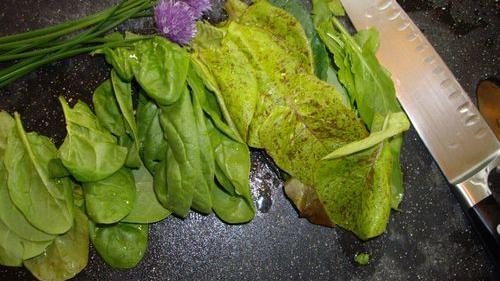 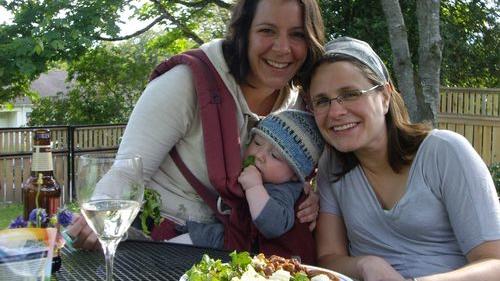 And greens on the plate: Emily with River (even babies eat salad on this team) and Joellen.

Toast 1/2 cup mixed seeds (like sesame and sunflower) over medium-low heat in a cast iron pan until golden. Let cool. Wash and spin your greens and put in a big bowl. Add chopped garden herbs (don’t forget the colorful purple chive heads), and to add more pizzazz, toss in tangy greens like sorrel or mustard. Then, mix up a dressing. I often make a sweet one using last season’s berry or apricot jams: 2 1/2 tbsp. jam, one small garlic clove (minced or finely chopped), 6 tbsp. olive oil, 2 tbsp. balsamic vinegar (or a mix of white wine and red wine vinegars), and salt and pepper to taste. Toss salad with cooled seeds and some of the dressing. Sprinkle fresh goat cheese on top if desired. 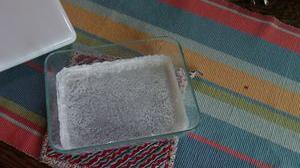 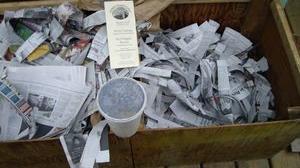 Team Gray Sky Growers has salt in the works, and also a worm bin.

And here’s a lovely surprise from the Wilhelm garden a few weeks ago—robin eggs (not for eating, though).  Better hope the mama robin doesn’t find that worm bin. 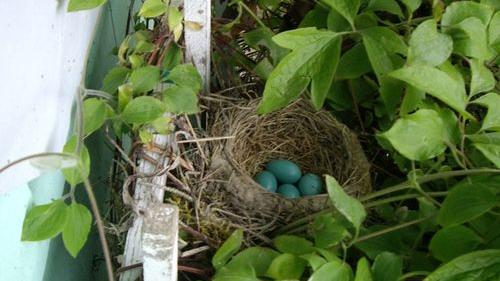