The Beach Tractors are a group of young families in Morro Bay, on California’s central coast. In the course of this One-Block P... 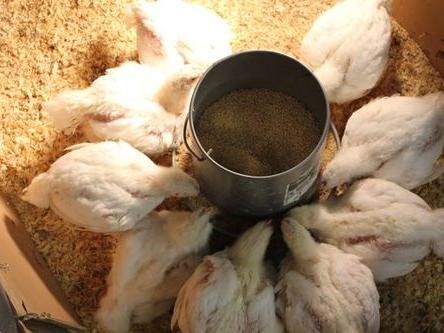 The Beach Tractors are a group of young families in Morro Bay, on California’s central coast. In the course of this One-Block Party contest so far, they’ve replaced concrete slab yards with edible gardens, seeded an oyster bed, and planted a rooftop garden; bought meat chickens; and borrowed goats for milk. Their party is at long last about to happen—this weekend, in fact—and it includes a whole separate children’s menu, grown in gardens the children have tended themselves. Of course, there will be an adult feast, too. They are keeping their own active blog. This post catches up with the Tractors at the end of July, and we’ll be posting a party update soon.

In general, the last month has been mostly about watching our plants and animals grow. The next update will be a very busy one, because if all goes as planned, we will have made sugar, flour, and sea salt, and also slaughtered our meat chickens.

The meat birds have moved outside and are taking up quite a bit of time. They need to be fed and have their water cleaned three times a day. 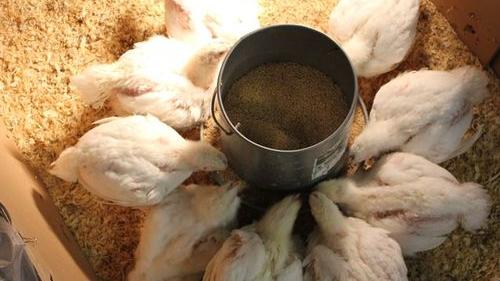 Our meat birds as babies. They eat three times a day. 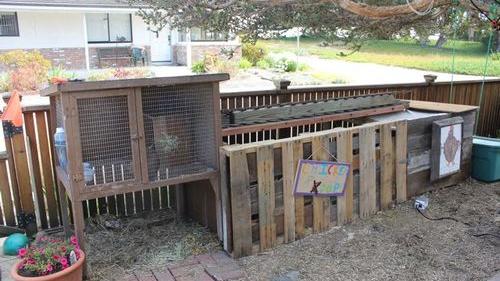 The birds move outside. Note the signage of the fat chicken at far right.

We have had a wild time with the goats. Mama and Baby are no longer here. They spent about a month with us, but Mama didn’t give even one drop of milk. She dried up pretty much the day we brought her home. So we had two lovely little pets.

Malea, the woman who provided Mama and Baby, also has a dwarf Nigerian that gave birth to three stillborn kids two days ago. This mother goat, named Bonnie, was full of milk but had no babies. So we dropped off Mama and Baby and took Bonnie home. But Bonnie was obviously still recovering from her hard labor and did not like leaving her familiar farm. She cried and cried and cried. We had to drop her, and her full udders, back off at the farm this morning.

We still need milk, so it’s time for Plan B, which involves partnering with the local 4H club. The club members are at the county fair right now, and when they return, they will have lots of goats with full udders. One of the children is going to teach us how to care for her goats, and we will goat-sit while she is on vacation with her family—which just happens to be the two weeks before our feast date, so the timing for fresh milk is perfect. 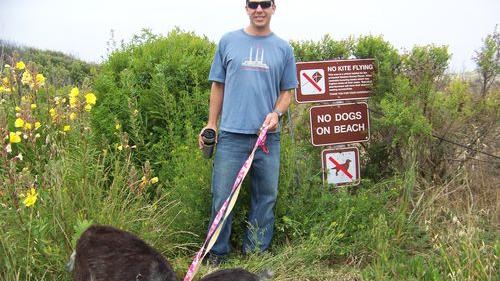 Before we returned Mama and Baby, we made sure to take them for a walk on the beach!

The rain and weird weather has put our barley behind schedule. Fortunately, we have a full yard of wheat, so we are going to make a yummy wheat beer for the feast. We have oranges, chamomile, and coriander in our gardens, which will add a little flavor to the wheat beer. 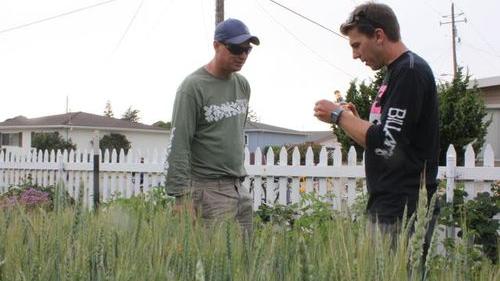 Fish, Lots and Lots of It

The Beach Tractors have been fishing hard the last month and have a freezer full of fresh rock cod for ceviche. We plan to fish on the days before the feast too, so we’ll have fresh fish—but will use the stuff in the freezer if the bite dries up. (And the oysters are getting bigger—they’re going to make great appetizers).

Man to Squirrel: You Lose

This window is at the Ditmore house. The Ditmores had to eradicate 30+ squirrels before they planted their garden. It has been a running joke in the neighborhood, but they succeeded at last. 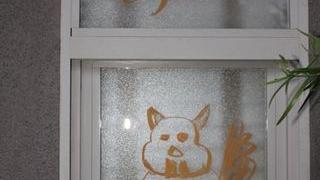 Wine grapes are 5-6 weeks behind schedule across California, but our Beach Tractor winemaker is keeping his eyes and ears open for something that is ripe in time.

We harvested some of our sugar beets recently. 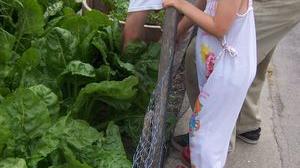 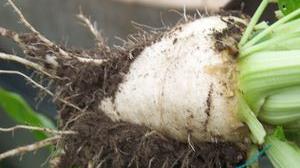 Me and my daughter Ryan pulling sugar beets. Look at those roots!

Then we tried to make a sample batch of sugar. We think we boiled the juice way too hot, because as you can see we ended up with a black tar-like product—and no, it was nothing like molasses. 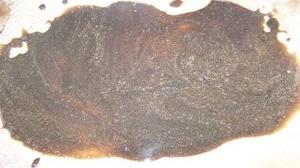 We did make a great soup out of the beet tops, though.

And a Garden Tour by Bike

We had a fun 4th of July in the neighborhood (a bike decorating party for the city’s bike parade), and last week we did a bike tour of everyone’s garden. 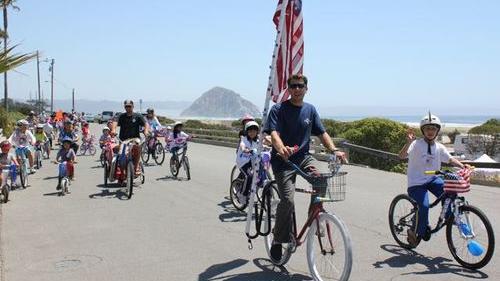 The Beach Tractors on bikes. 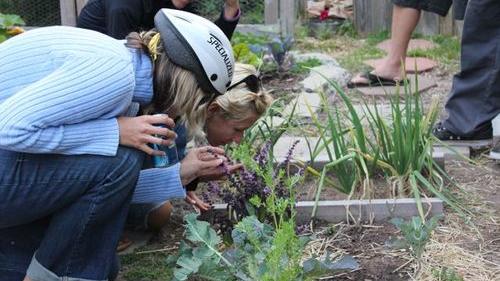 Checking out the herbs… 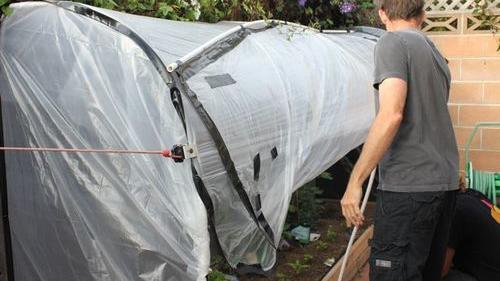 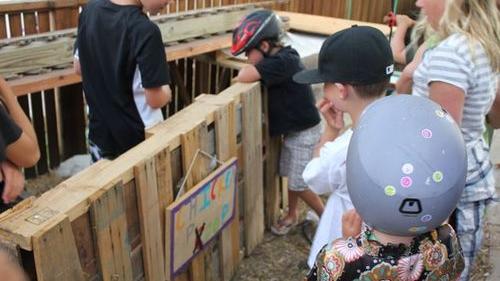 …and those fat chickens.