We had a swarm of bees last week. Team Beer Brewer and Sunset's head gardener, Rick LaFrentz, said our girls were doing the bee swarm tor... 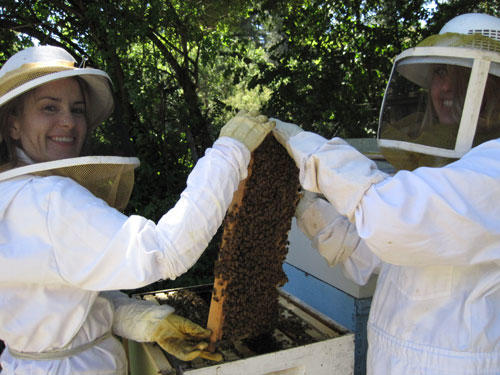 We had a swarm of bees last week. Team Beer Brewer and Sunset’s head gardener, Rick LaFrentz, said our girls were doing the bee swarm tornado—and then they balled up in a tree and soon disappeared. They didn’t like the cozy nuc box we had set out for them. And in a weird cosmic shortfall, every member of Team Bee was out of the office the day our bees fled their hive, so we couldn’t capture the errant bee swarm.

Darn it! And just a couple weeks before we’d given our bees empty boxes so they wouldn’t swarm. But bees do what they want to do.

The question was: Which hive swarmed?

Swarm weather means warm weather, and yesterday, for the first time since last autumn, we were able to inspect our hives. Aurora was fine, busily filling her hive with baby bees and nectar (the honey super we installed 3 weeks ago is half full of capped honey already—Yay! A nectar flow!) 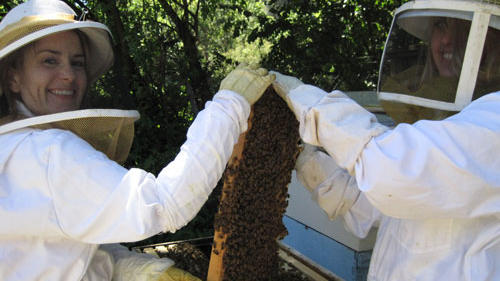 But Flora? We opened her hive and found queen cells. On. Every. Frame. Sometimes multiple cells. 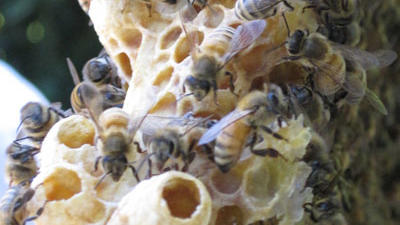 The queen cells are the large, cup-shaped cells—I count at least 6 of them in the photo above. 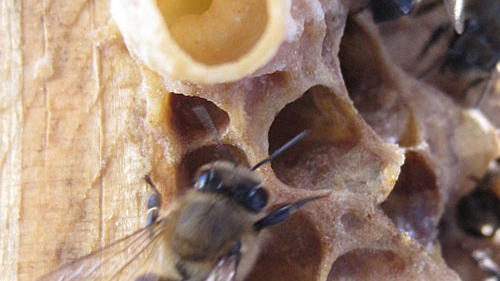 You can see the baby queen floating in royal jelly inside this cell. 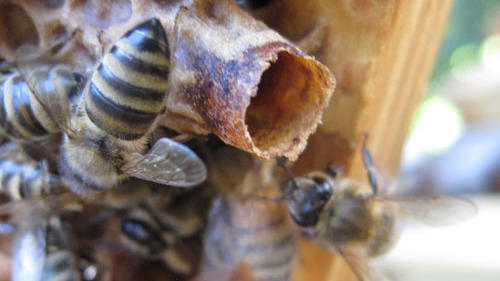 We found one queen cell with the tell-tale chewed-out tip (in the photo above) that indicates a new queen has emerged. And we heard, faintly from the deep boxes, the unmistakable sound of a queen bee piping. So there is a queen bee in Flora, challenging all the royal girls still waiting in their peanut-shaped cells.

We have no doubt that Flora swarmed. When there’s more than one  queen in a hive, usually a swarm follows; the bees gather up the excess queen (or queens)  and take off for new digs away from the hive. It’s how beehives propagate.

And to think, last October this hive was nearly dead from parasitic mite syndrome.

Now the question is, with all those about-to-be-hatched queens, will she swarm again? And when?