Queen bee Midge is no more

As you may remember, Betty (our second hive) swarmed in March and we named her replacement Midge. Well, Midge didn’t live long. We are... 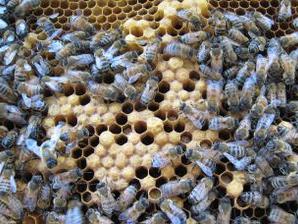 As you may remember, Betty (our second hive) swarmed in March and we named her replacement Midge.

Well, Midge didn’t live long. We are pretty sure that about six weeks ago we killed Midge. Oops. It was a hard day at the hives.

How do we know? About 4 weeks ago (2 weeks after Midge’s estimated demise) we did a full inspection of both brood boxes. We found no brood and several capped queen cells at the bottom and top of the frames. And Midge was nowhere to be found.

The girls were also pretty dang feisty—stinging over 20 times. In fact, they got me twice when I wasn’t even in the hives. I was taking notes a few feet away. Sign of no queen, no?

We left the hive alone for four weeks, giving the new queen time to emerge, mate, and settle in. We inspected again today, intending to just make sure there is young larvae and signs of a queen, and found the distressing signs of a queenless hive: 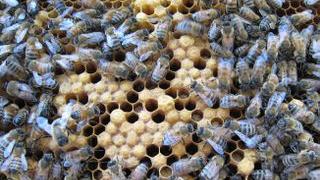 Only drone brood. And LOTS of it. 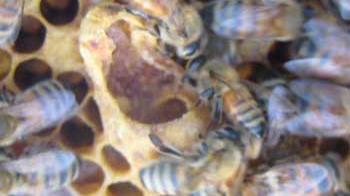 The queen cells we found four weeks ago gone or ripped open. 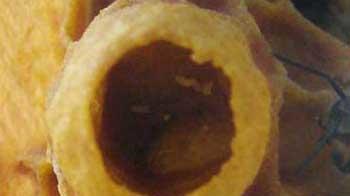 Several half-developed queen cells with more than one egg in them.

We also found the following problems: 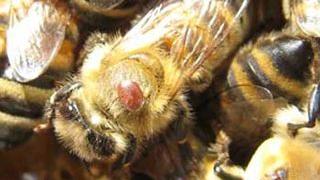 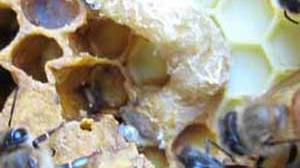 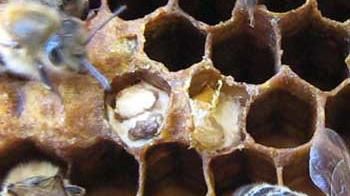 And, saving the best for last, chalkbrood.Now we wonder what to do about this hive, formerly-known-as-Midge-formerly-known-as-Betty?  I’m guessing we should split Veronica, but how?  And can we still use the existing boxes that have chalkbrood in them?  What do we do with the bees still living, though probably demoralized, in the hive?  Wait until they die off? Since it seems we have a laying worker, given all the drone brood, would they reject a new queen if we could find one for them? Or would the laying worker kill any queen the bees tried to make (assuming they’d make one with eggs from Veronica)? We are pretty sure the hive is demoralized since the full inspection did not elicit one sting and we did not need to use smoke. But we understand. We would be too with all those problems!

Some good newsOn the other hand, on Tuesday we inspected hive Veronica (still our original queen from Randy) and were surprised with a full super of honey (which we excitedly harvested) and the hive boiling over with bees.  We cut out the drone frame and pulled a few frames to find lots of honey in the brood box where it’s supposed to be and the middle frames filled with brood.  Good job, Veronica.  (You may remember that we found Veronica with NO brood whatsoever in the beginning of June, but practically every cell filled with honey. We pulled several frames, put in empty ones, plus one frame of brood from Then-Midge, and seemed to have successfully prevented a swarm and brought the hive back to boiling over.) 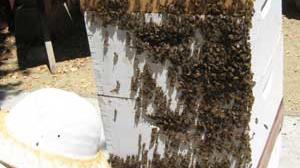 We hope to use Veronica’s strength to help formerly-known-as-Midge get back to a queenright, functional hive. We could sure use some good wishes from you, readers.  And some luck!By Kimberley Burch, Sunset imaging specialist