On a wild squirrel chase

The comments on my last blog about squirrel damage piqued my curiosity about the little dudes wreaking havoc in my winter garden. Margar... 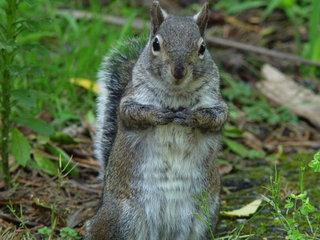 The comments on my last blog about squirrel damage piqued my curiosity about the little dudes wreaking havoc in my winter garden.

There are four types of squirrels in my area. Two are native to the area — the western grey squirrel and the Douglas squirrel. Neither is typically much of a threat in a garden. 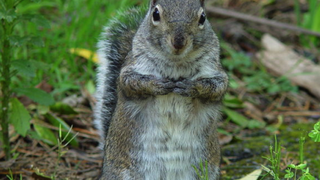 Douglas squirrel — photo credit Two others were introduced from the East Coast — the eastern grey squirrel and the eastern fox squirrel.

The eastern fox squirrel is the one that causes the most problems. From the IPM note:

“Of the four tree squirrels, the eastern fox squirrel, sometimes called the red fox squirrel, is by far the most serious pest to homes and gardens in urban and suburban situations. This squirrel can be differentiated from the others by its brownish red-orange fur.” 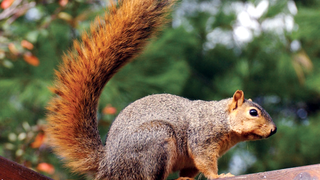 Eastern fox squirrel — Photo CreditManagement (trapping, hunting) of all squirrels EXCEPT the eastern fox is prohibited unless issued a permit by the Calif. Dep’t. of Fish and Game.

One question: How might someone set a trap for just the eastern fox? That seems problematic, right?

And here’s the other thing: I’ve seen the squirrels that thrash around the test garden and skedaddle every time I approach. They are JET BLACK. 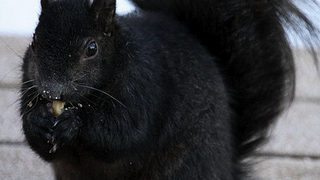 Can’t you just see him mocking me with his eyes?  Photo Credit

Here is another photo from last year’s hawk incident to show you that the ones around here are really black: 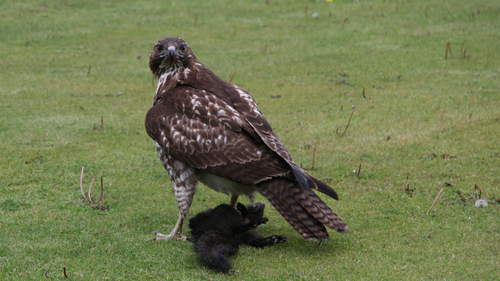 So what’s up with this? Where is this brownish red-orange fox squirrel? And who is this jet black guy?