This weekend, we're welcoming grilling expert Jamie Purviance back to Sunset for Celebration Weekend. He's a graduate of Stanford University and the Culinary Institute of America (with high honors) and he's the author of all of Weber’s cookbooks, including Weber’s Way to Grill (a James Beard Award nominee) and Weber’s Smoke, both New York Times best sellers. 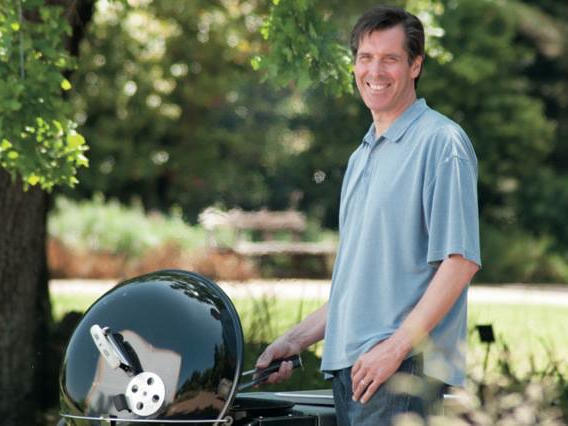 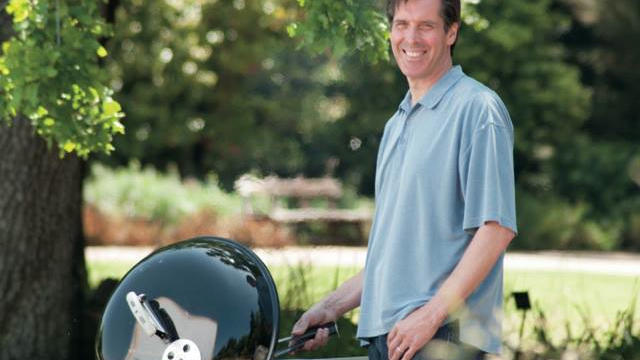 This weekend, we’re welcoming grilling expert Jamie Purviance back to Sunset for Celebration Weekend. He’s a graduate of Stanford University and the Culinary Institute of America (with high honors) and he’s the author of all of Weber’s cookbooks, including Weber’s Way to Grill (a James Beard Award nominee) and Weber’s Smoke, both New York Times best sellers. His latest book is Weber’s New Real Grilling. We thought his upcoming visit would be a perfect opportunity to learn more about him.

How many grills do you own?

Jamie Purviance (JP): I have 6 grills that I use regularly now. I had 10 at one point, but when your kids can’t go outside to play because there is no space left in the backyard, it’s time to cut back.

Do you have a favorite grill, or is that like asking which one of your kids you like the best?

JP: Yes, it’s kinda like that, but if one of your kids is the most capable, the best looking, and he/she never ever lets you down, the choice gets a little easier . . .   Grilling on a high-powered, six-burner Weber Summit grill with a built-in smoker box and an infrared burner in the back for rotisserie cooking is ridiculously fun and gratifying.

How about a favorite food to grill?

JP: I’ll say a rack of lamb or anything that is just on the edge of challenging. There is a layer of fat on a rack of lamb that will cause flare-ups if you are not careful, and that cut of meat is pricier than a lot of jewelry, so it’s a crime to overcook it. When I’m presented with a grilling challenge and the stakes are high, I’m a happy guy. Plus I just love eating a great rack of lamb.

Is there a new technique, flavor combo, or cut of meat you’ve learned lately that you’re jazzed about?

JP: I have been having a lot of fun and great success using a cast-iron wok in the grill. At first, a grill and a wok don’t seem to go together at all, but I’ve learned that I can get a wok much hotter on the grill than I can on my stovetop, so the results are just like what you have at a really good Chinese restaurant where chefs cook with huge flames surrounding the base of the wok.

JP: I think one of the biggest differences is in the searing of meats. A lot of backyard cooks settle for a gentle sear of golden colors and subtle flavors. They tend to turn meat too often and don’t give it enough time in one place to develop deeper flavors. Searing adds hundreds of new flavor compounds that make a big difference to the flavor of the meat and the texture, if you let them. So remember, golden is nice; brown is better.

You’re a lot of people’s grilling guru. Where do you go to learn more?

JP: Oh gosh, everywhere. For example, I was in Germany last month and learned a lot about sausages. Here’s a little factoid I didn’t know before. Knockwurst get their name from the fact that they are made with fairly thick casings that make a “knock” sound when you cut into them. Also, in Bavaria they have a special white sausage called “weisswursch” that must be cooked very gently so that it is not “aufblazt,” which means that the skin has burst open — a terrible mistake. There is an unwritten law that this veal-and-bacon sausage must be eaten before noon with sweet mustard and a beer.

Is there anything you’ve grilled so often you can’t look it in the face anymore?

JP: Well, I don’t think it is the holy grail, but on the Internet there are web sites and forums devoted to esoteric topics like how long it takes to light various types of charcoal and how much ash they leave behind. If you find yourself ignoring the yard work so you can surf these sites, I’d say you are a grilling geek.

Can you give us a sneak preview of what you’re going to demo at this year’s Sunset Celebration Weekend?

JP: This weekend I’ll be cooking a “remixed” recipe from “Weber’s New Real Grilling.” While writing the book, I looked at a lot of the grilling books from the 1960s and 1970s to get a sense of how the grilling landscape has changed over time. There was a funny steak recipe from 1967 called Tournedos Heloise that shows how obsessed Americans were at the time with French food, to the point where they were willing to spend hours and hours shopping for specialty foods like imported pâtes and black truffles to make an elaborate steak dish drenched in creamed mushrooms and Madeira sauce.  I’ll be grilling an updated version that you can shop for at any supermarket and make in less than 30 minutes. I hope to see a lot of Sunset readers there. I’ll be giving away cookbooks during the demo.