Fresh and warm, this tasty holiday tradition rises from the Sunset archives 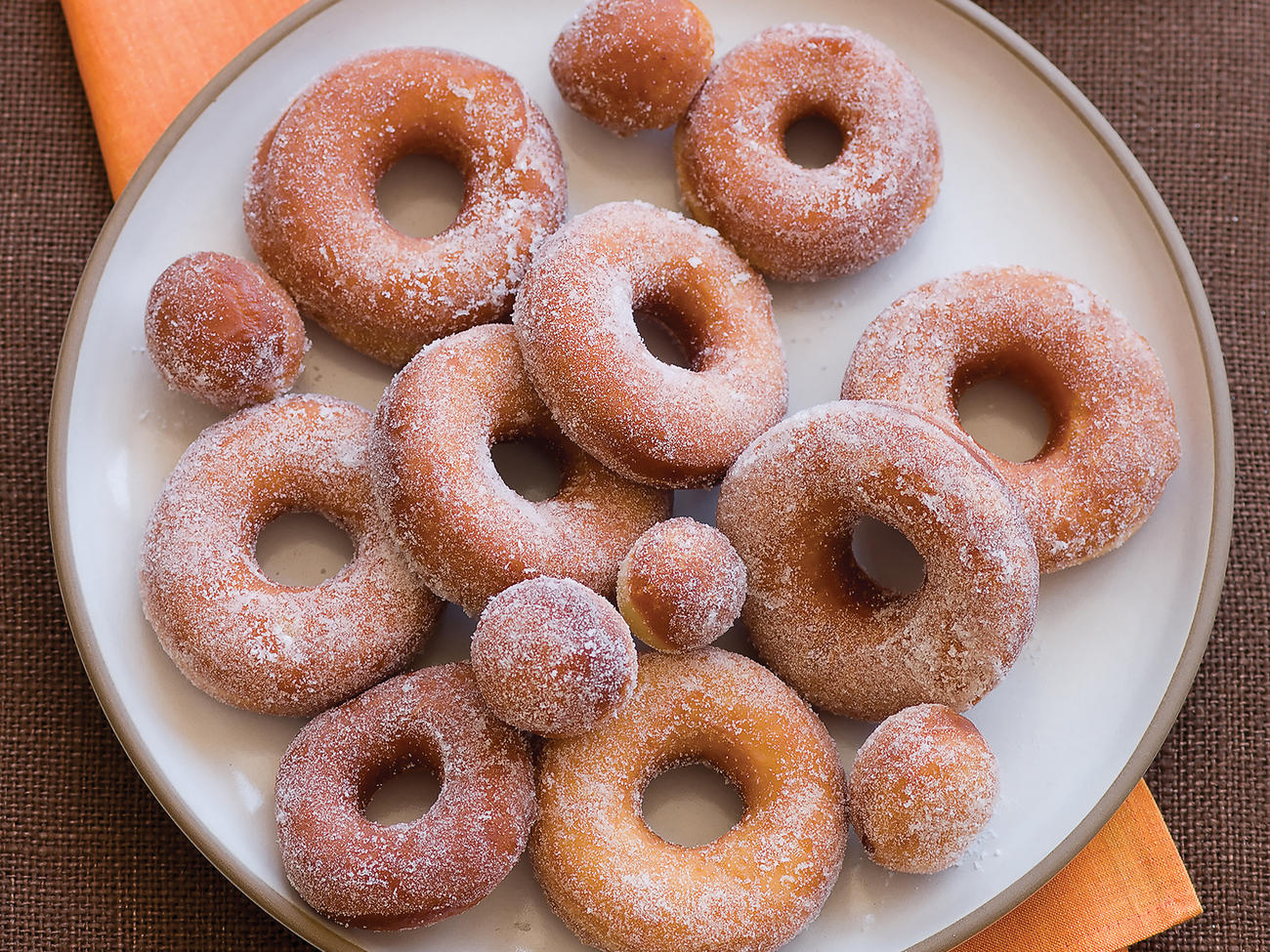 In 1963, Sunset could assume that readers knew a lot about both yeasted dough and frying. There are far fewer bread bakers and deep-fat fry cooks roaming Western kitchens today, so we’ve rewritten the recipe with modern kitchens in mind. Letting the dough rise overnight in the refrigerator gives these doughnuts a rich and slightly tangy flavor.

Throughout the 1950s, ’60s, and ’70s, Sunset paired doughnuts with Halloween. Everything from after-school doughnut parties to “frying tables” at evening events and the gentle reminder, “Don’t forget the doughnuts,” for a Halloween brunch menu appeared in our pages.

Granted, doughnuts have always had a special connection with fall: During harvest season, cider mills (especially in the Northeast) frequently serve doughnuts made with apple cider to visitors, and in older times, autumn butchering yielded plenty of fresh lard for frying.

Digging a little, we learned that Irish immigrants, who brought many practices we now associate with Halloween to America, traditionally handed out “soul cakes” ― often currant-studded squares of bread or spiced yeast buns ― on October 31 to visitors and beggars in exchange for prayers for the donor’s family dead.

Over the course of the late 19th and early 20th centuries, the holiday increasingly focused on children. Door-to-door begging morphed into trick or treating ― and soul cakes, some theorize, into doughnuts. But food scares and sheer convenience led to a turn toward store-bought, packaged treats, and Halloween doughnuts, especially in the West, passed into obscurity.

We say it’s time to resurrect them. Truly fresh, homemade doughnuts are a revelation: ever so slightly crisp on the outside, light and cakelike inside, and still warm from cooking. They make cozy, comforting treats on a chilly, frightful night.