Author Eugenia Bone fell under the spell of fungi several years ago, and has hunted, cooked, eaten, and written about them ever since. ... 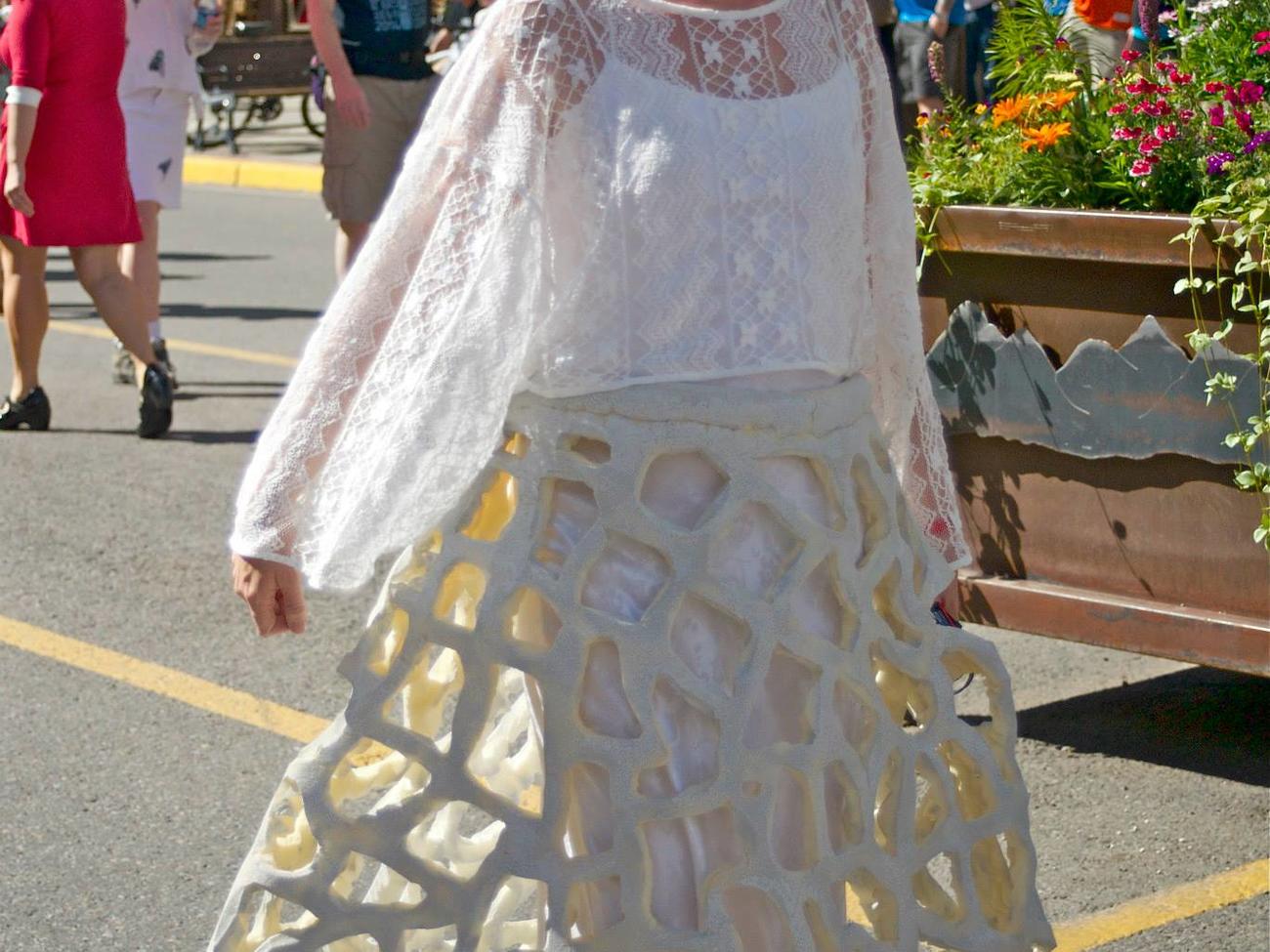 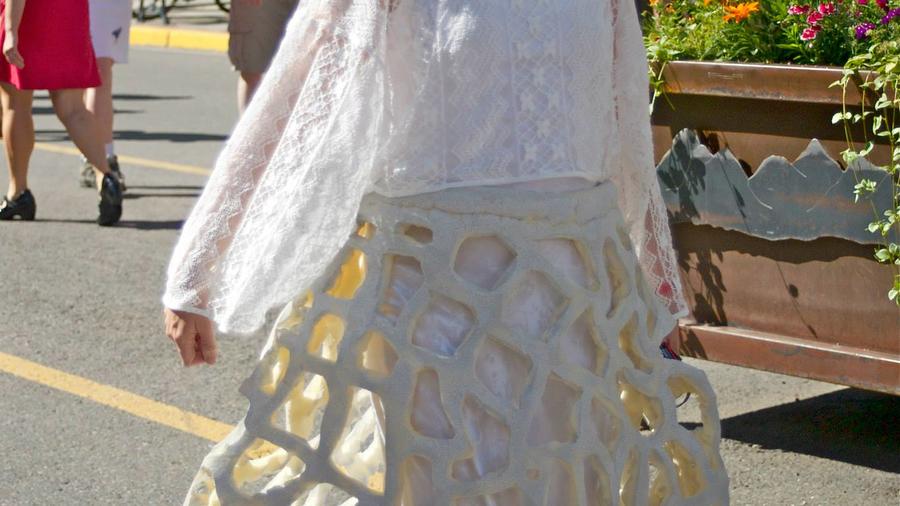 Author Eugenia Bone fell under the spell of fungi several years ago, and has hunted, cooked, eaten, and written about them ever since.

B.F. (Before Fungi), Eugenia wrote several books and numerous articles on a variety of topics for national and regional publications, including The New York Times, Saveur, Food & Wine, and Sunset. Her blog, kitchenecosystem.com, describes how to use ingredients deliciously, cleverly, and completely—without waste. Her latest book, Mycophilia, plunged her into the fascinating world of fungi, and she’ll be talking about her newest discoveries at this year’s Telluride Mushroom Festival (August 13-16). Here’s a glimpse of how mushrooms worked their magic on her.

I suppose you could call me a mushroom bum.

For 15 years I have been running away from my responsibilities to hunt mushrooms at forays and festivals all over the country and beyond. But I wasn’t always so keen to be out in the woods.

I was never a hiking person. Even after we bought a small ranch in Colorado, I hung back when our guests clamored to climb the nearby range. And there were always guests. It’s like our neighbor Claire Hicks said: “In Colorado, you got three months of winter and nine months of company.” But on one of those visits I succumbed to the pressure and joined my husband Kevin and our guests on a hike up Mount Baldy, a beautiful 12,000-foot peak. I trudged behind the group, thinking about all the stuff I had to do, laundry and dishes and whatever, when Kevin gave a holler. Come look at this! he said, standing over a mushroom as big as a salad plate. I knew right away what it was: a Boletus edulis, the best of the porcini group. How did I know? Because I am Italian American and we are hardwired to recognize edible mushrooms.

And then the miracle happened. The pattern recognition was set, and suddenly, where one moment I saw nothing but tree roots and my shoes, the next I witnessed the conversion of the forest floor. 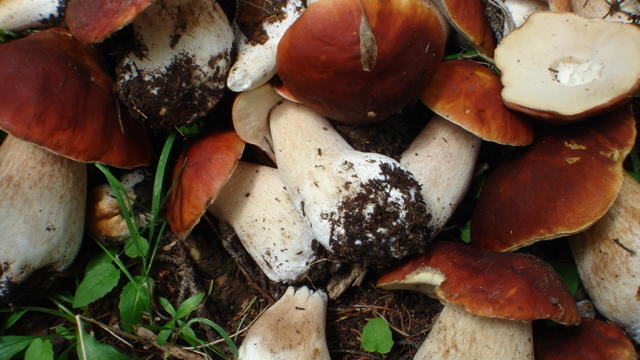 From that day forward I was hooked, and I indulged my obsession with glee. I joined the New York Mycological Society, founded by the composer John Cage. I competed in the Illinois State Morel Mushroom Hunting Championships, where I befriended an Iraqi vet and her motorcyclist husband who showed me the patch where they were married.

I’ve hunted “burn morels” after the Flathead Fire in Montana, looking over my shoulder for grizzlies, and on the grounds of the Rim and King fires in the Sierras, where the wind moans between the creaking, blackened snags and the morels come up in such numbers you don’t know where to place the next step. 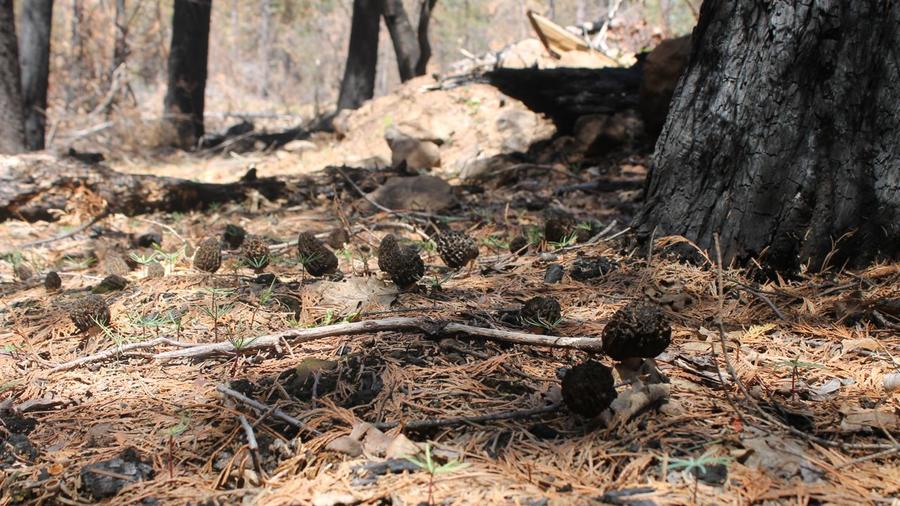 I’ve hunted matsutaki, a cinnamon-flavored mushroom prized in Japan, at the Mushroom Gathering in the Cascade Mountains of Oregon, where a day of hunting is topped off with a soak in the hot springs, a vegan meal, and a snooze under the stars. I’ve hunted candy caps at SOMA camp—the Sonoma Mycological Association, a Trekkie convention for mushroomers with really good wine.

In Albany, NY, I visited Ecovative Design, a mycelium-based material engineering company that just won the Bucky Fuller award for their work using mycelium to create biodegradable packaging material, among other innovations. In Tuscany, I’ve hunted the great white truffle of Italy, Tuber magnatum, with my cousin Mario, a retired barber, who trespasses all over the little valley where he lives, but is tolerated because he knows the spots.

I even went to Tibet to hunt Cordyceps sinensis (caterpillar mushroom), a valuable medicinal mushroom, with Daniel Winkler, an expert on what he calls Tibet’s fungus-based economy. The mushroom grows from the corpse of the ghost moth larva, at 12,000 feet in cold fields populated by wary yaks.

The pursuit of mushrooms can take you anywhere in the world, even off it. I’ve eaten the Amanita muscaria and the magic mushroom. One put me into a coma-like sleep for hours and the other opened my eyes to a world more colorful and vivid than I ever imagined.

I will be one of many invited speakers at the Telluride Mushroom Festival (August 13 through 16) who will be touching on subjects like medicinal mushrooms, mycoremediation, and new technologies utilizing fungi. But even if you aren’t the lecture-hall type, know this: The porcini are up big time. In fact, it’s portending to be the kind of season that makes people become, well, mushroom bums. 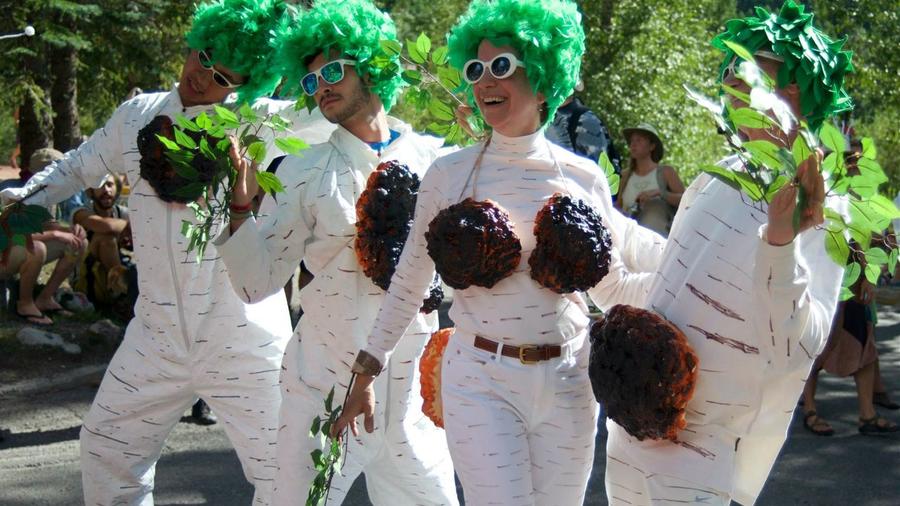