Team Bees' Knees, Campbell, CA: Vegetable seedlings about to go into the ground at Katie and David Arken's place. Several weeks ago,... 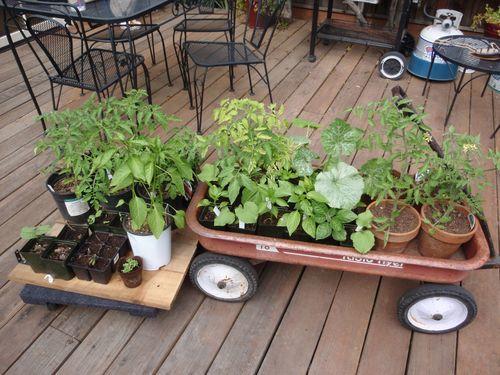 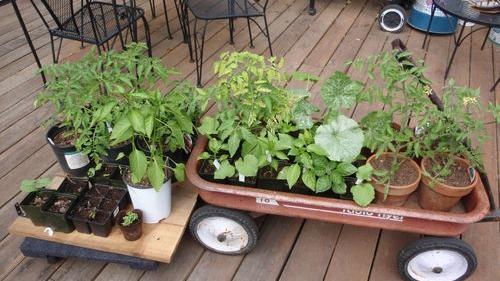 Several weeks ago, we launched a contest inviting anyone, anywhere in the country, to essentially grow their own end-of-summer party—with the help of friends and neighbors, using our new book as a guide. The prize? $500 and a starring role in an upcoming issue of Sunset.

We were stunned by the number and quality of the entries that streamed in, and after much debate and discussion, picked our 10 finalists and introduced each one to you. They’re now busily planting and collaborating on chickens, bees, seaweed-foraging, jam- and cheese-making, and dozens upon dozens of other wonderful food projects.

Starting in a couple of weeks, and then throughout the summer, we’ll be posting updates on each team and cataloguing them under the “One-Block Party contestants” channel to the right. You’re welcome to check them all out and root for your favorites by leaving lavish commentary. It’ll be fascinating to see whether (and how) even the best-laid plans evolve, given that the biggest partner in all of this is of course Nature, and she’s not exactly a team player.

On October 2, after all teams have had their block parties and sent in their final updates (including, of course, the recipes they’ve created), we’ll unveil the winner—our urban-homesteading, backyard-farming champion—at our Savor the Central Coast food and wine event near San Luis Obispo, CA.