Earth Day in the beehives

We spent a seriously warm Earth Day in the hives. Sheer bliss (if bliss is also sweaty and uncomfortable). It’s been a while since we fu... 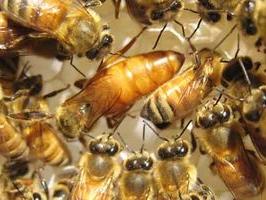 We spent a seriously warm Earth Day in the hives. Sheer bliss (if bliss is also sweaty and uncomfortable).

It’s been a while since we fully inspected the two Langstroth hives, and we were dying of curiosity to see how our new queen, Califia, and her bees were doing in the top bar hive 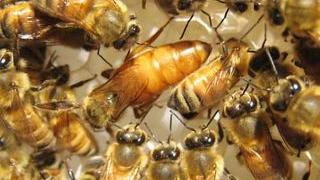 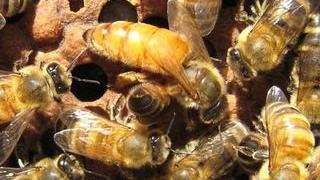 Califia is the queen in the top bar hive. Top bar hives don’t have foundation or frames; the bees build natural comb that hangs from a simple bar of wood that rests on the top of the hive. A strip of beeswax running down the central length of the bar guides the girls to build straight.

Califia’s bees are smart. And quick too. Scarcely two weeks after we installed them in their new home, they’ve begun building comb—straight, perfect comb—on all the original 8 bars. 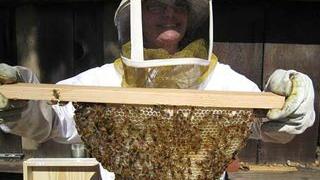 We carefully pulled each bar, and then … there she was! Califia. And right in front of Team Bee, she stuck her tush in a cell and laid an egg! Of course we cheered wildly. But quietly. They’re bees, after all.

Midge (thanks to Jen Barnett for suggesting the name) is a daughter of Betty, the queen who swarmed in March. We weren’t sure we had a new queen, an old queen, or any queen at all, so we were very happy when we opened the hive and found it full of brood and eggs. Midge was clambering around in the bottom box. We know she’s not Betty, because she is more orange, and brighter in color than Betty ever was.

Her hive was so full of honey that we took two frames from the center and gave her two empty ones to fill (hopefully with eggs). This will be our first harvest of the year.

And Veronica in the third hive? She’s having some problems. She’s all honey and no brood, but the queen is still in the hive, desperately looking for empty cells in which to lay eggs. We’re trying to figure out what to do. Readers, any suggestions?