Our shiitake mushroom log gave us such a lovely first crop. Then came the weekend. The log on Monday. Not pretty. The po... 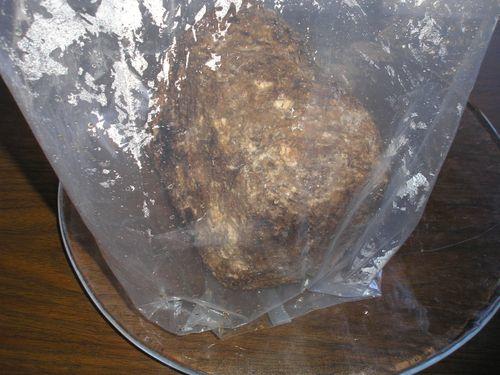 Our shiitake mushroom log gave us such a lovely first crop. Then came the weekend. 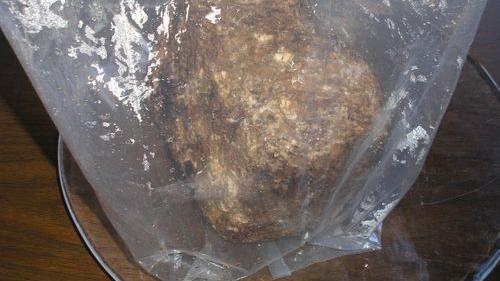 The poor thing was so dried out it was practically weightless. Plus, green mold was beginning to creep over its surface.

I called Ian Garrone, co-owner of Far West Fungi, seller of the logs, and asked for advice.

“Well, the green mold likes the same environment as the fungi,” he said. “Most people freak out about it. But it’s natural. Just soak it for 24 hours in water with a little bit of bleach.” How much bleach? “Half a capful for every three gallons. Then take it out and wipe off the mold.” 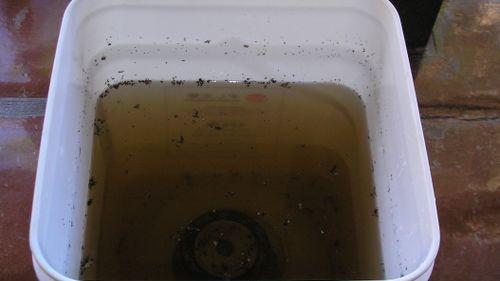 The shiitake log, beneath a plate and topped with a weight to keep it from floating. This bucket caused a bit of a stir among the cooks in our test kitchen the next morning, who couldn’t figure out what the nasty brown stuff might be.

I put the log back out on the table in a fresh clean mold-free bag, tied it near the top as it had been, perforated it carefully, and hoped for the best. The best did not happen. 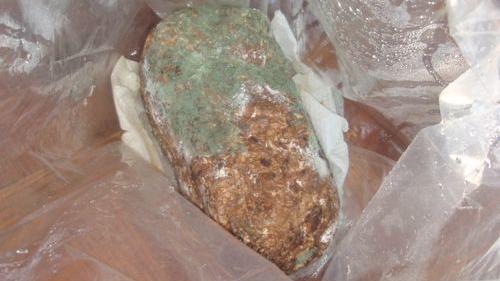 So I called Far West Fungi again, and this time John Garrone answered. John is Ian’s brother and the co-owner of Far West. I described the situation.

“The molds flourish in the same environment as the mushrooms,” said John. “Try scraping it off again, putting it in a brand new bag, and letting it rest for two or three weeks.”

Resting for a mushroom log means being wrapped in the bag rather tightly (to discourage the mold) and being left alone. After a couple of weeks, if and when we begin to see–instead of mold–a little brown popcorn-like nubbin, that will be the log’s signal that a mushroom is about to emerge. We should then unwrap the bag and re-tie it at the top, giving the log some space to shoot forth mushrooms.

Oh, another tip from John: Don’t keep your mushroom log in the kitchen. Mold spores from kitchen trash can apparently travel and fix on the logs’ surface. So now the recuperating log and the oyster mushroom log, which at least is not molding, are hanging out with me in my office. 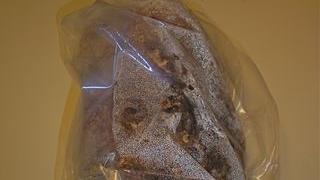 They share space with bags of unwashed quinoa, old honeycomb, a Tupperware container of homemade salt, weird shriveled-up potato fruit, all of our chicken’s first eggs (just the empty shells), and an old vial of brewer’s yeast…souvenirs of our one-block diet so far. I realize that my office may sound the tiniest bit freaky, but  it really isn’t, ever since I moved the vinegar crocks to the kitchen…they were kind of, um, overpowering.