The Colorado Orange apple was thought to be extinct until now 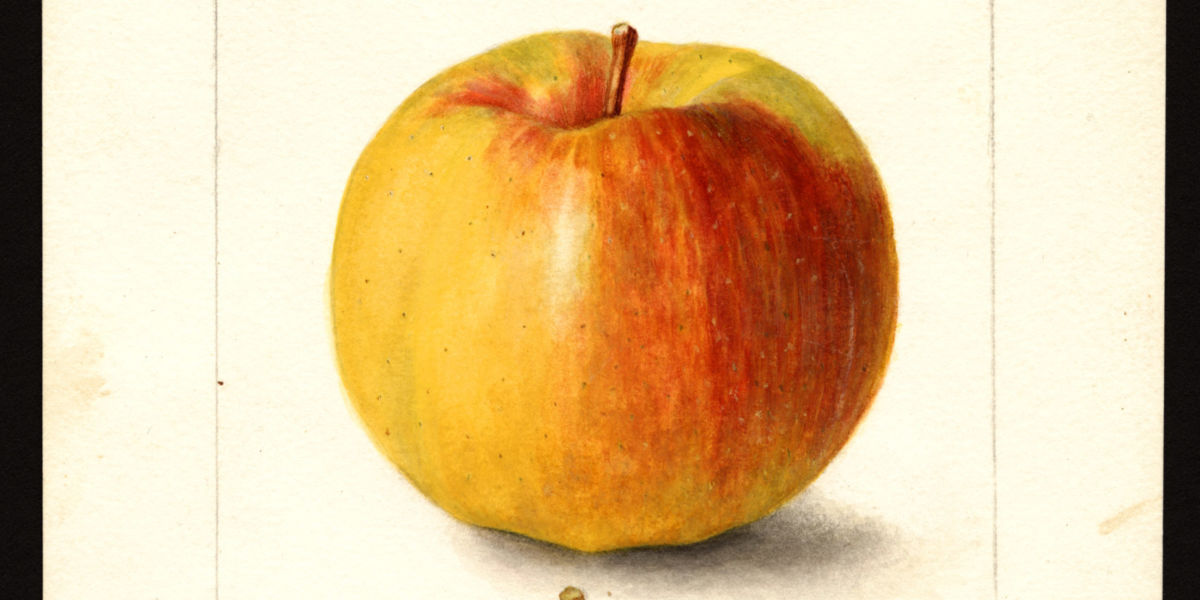 A watercolor painting of the Colorado Orange apple, circa 1905. Painted by Amanda Newton.
Written by Ellen Fort December 30, 2019
Share this story

Though Washington state’s apple growers recently made headlines with the introduction of the crunchy new Cosmic Crisp variety, Colorado has a long history as an apple growing state. Now that history has resurfaced with the discovery of the rare Colorado Orange apple, thought to be possibly extinct.

The discovery comes from Montezuma Orchard Restoration Project (MORP), an organization that “works to preserve Colorado’s fruit- growing heritage and restore an orchard culture and economy to the southwestern region.” Co-founders Jude and Addie Schuenemeyer started the organization to preserve the apple-growing history of Montezuma county, the Southwestern corner of the state that borders Utah, Arizona, and New Mexico.

According to MORP, Colorado was a prolific apple producing state starting in the 1860s, winning three gold medals for its fruit at the 1904 World’s Fair in St. Louis, Missouri. Since then the many grown in the state have fallen out of favor in the marketplace; luckily many of those orchards still exist, with 100-year-old trees still producing fruit.

A post shared by Addie & Jude Schuenemeyer (@montezumaorchardrestoration) on Dec 9, 2019 at 6:23pm PST

The Colorado Orange apple was popular in the late 1800’s, known for its oval shape and orange-hued skin. The Schuenemeyers have been on its trail for years, coming close to finding it until a tree suspected to be a Colorado Orange was revealed to be a York Imperial through DNA testing. When contacted about another potential tree in Fremont County, Colorado, the duo immediately submitted it for testing, which revealed its origins as “unique unknown,” with no known match in the USDA’s database.

Next, the Schuenemeyers traveled to the Agricultural and Natural Resources Archive at Colorado State University where they were able to match the apple to a wax casting. The castings by professor Miriam Palmer included dozens of award-winning apples, including the elusive Colorado Orange.

Though unable to evaluate on flavor, the apple matched up in all other ways, from shape to color. “Now we are 98% sure give or take 3% we have found the elusive Colorado Orange apple,” wrote Jude in an announcement.

Following its discovery, the Schuenemeyers have grafted 51 Colorado Orange trees to new rootstock, which will go to fellow conservationists and fruit growers. According to the Colorado Sun, apple fans will be able to purchase Colorado Oranges in markets in about two years.