This 3-in-1 Breakfast Machine Could Replace Your Kitchen

Throw your stove out the window; the breakfast station is here 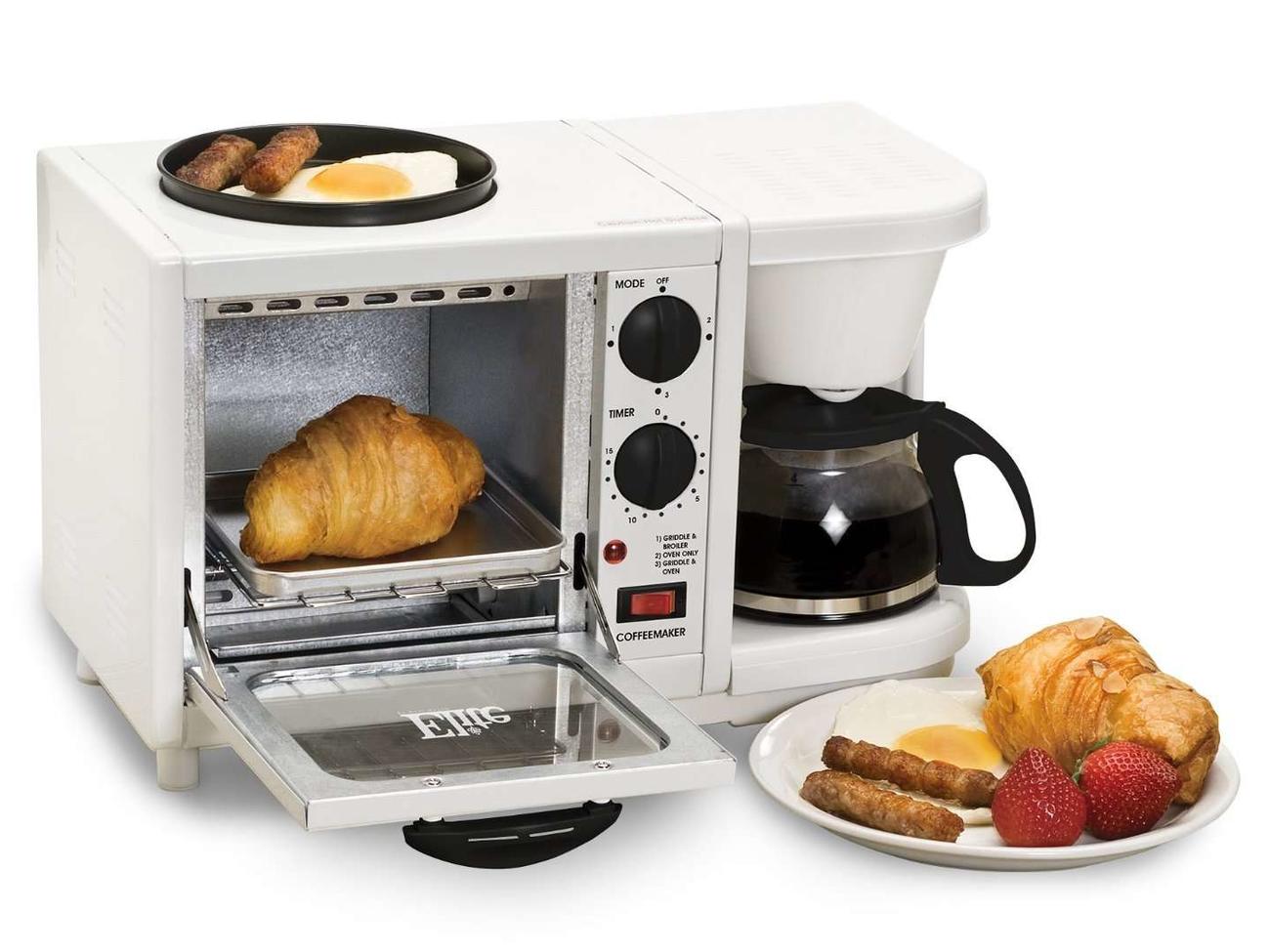 What do you really need your kitchen for? Mostly making breakfast, right? Pancakes, eggs, bacon, coffee, maybe some cinnamon rolls if you’re getting fancy? What if instead of having to own, say, a griddle, a toaster oven, and a coffee pot, you could somehow combine all these into one questionable but fantastic contraption? And what if you could buy this magical, potentially kitchen-replacing invention for $68.99 on Amazon and have it delivered directly to your door? No, it’s not just a Tim Burton Rube Goldberg breakfast machine fantasy. My friends: The jentacularfuture is here. And it is the 3-in-1 breakfast station.

For too long, humans have suffered the indignity of having to purchase different devices to make their breakfast foods, rather than have the option of buying a soldered together toaster-griddle-coffee pot. But no longer. The Nostalgia BSET300RETRORED Retro Series 3-in-1 Family Size Breakfast Station (henceforth simply known as the BREAKFAST TERMINATOR because that name is too long, tbh) is a kind of amazing way to cook eggs, toast bread, and make coffee at the same time using one device. Do you need it, if you already own, say, a pan and a French Press? Strictly speaking, no. But if you are in a dorm room setting and want maximum cooking power for your dollar, it’s not a bad option.

Nor is it the only toaster oven-coffee pot Frankenstein device available on Amazon. There’s also the Elite Cuisine EBK-200BL Maxi-Matic 3-in-1 Multifunction Breakfast Center, which comes in a pleasing powder blue, white, black, or red and is a slightly more budget item at just $39.99.

Just enough room to toast a single croissant! If you want a bit more room, and, say, enough capacity to make six cups of coffee at once, there’s also the Courant CBH-4601R 3-in-1 Multifunction Breakfast Hub, ($59.99) which one Amazon reviewer dubbed “okay.”

Find your bliss, you know? Especially if your bliss is a multi-function breakfast device.

This 3-in-1 Breakfast Machine Could Replace Your Kitchen