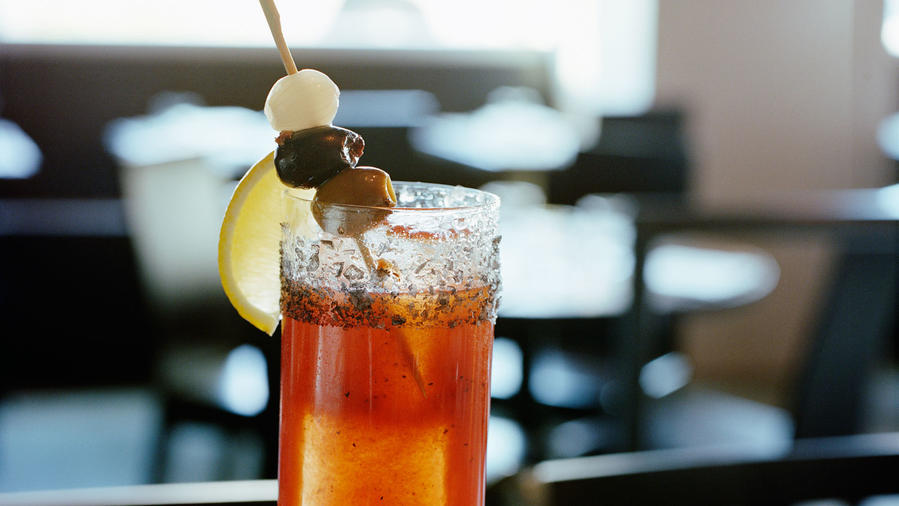 As a restaurant critic, we—that’s the royal, food critic “we”–visit more than 300 restaurants each year. And we still feel that expectant thrill every time we sit down at a new table—the thrill we suspect theater critics feel with every rising curtain. But as wide ranging as our tastes may be, and as sympathetic as we are to the difficulties of the profession, not every fad coursing through Western kitchens is worth celebrating. Here are 10 food trends of 2011 that drive us out of our minds.

1. “Changes and Modifications Politely Declined”: Passive-aggressive, vain-glorious, and thoroughly maddening, this disclaimer, found printed on menus of the sort of edgy small-plates restaurants where the fried pig’s ears come with finger lime rémoulade, hits the trifecta of annoyance. And to a degree, we approve of it: In a world where customers feel entitled to ask for the alligator schnitzel with hearts of palm, except made with grouper instead of alligator, avocado instead of hearts of palm, and the Tabasco butter from the crab-leg dish instead of orange honey, it puts the chef back in control. But when it gets to the point where a chef refuses to leave the bacon garnish off a dish for a guest in a hijab, or the door guy of a hamburger joint frisks you for ketchup at the entrance, it has probably gone too far.

2. Sous vide: Chefs love sous vide, a technique that involves vaccum-sealing food in plastic wrap and simmering it at low temperature for long periods of time, the way your great-aunt may have done with her Daisy Seal-a-Meal. There is no food waste with sous vide—all the juices stay in the meat or fish—and it is all very scientific. But while in theory it seems like a good idea to cook a lamb loin to a perfect, rosy rare 126°, in practice it means that every bite of your main course is exactly like every other bite of your main course, which is to say bland, bloody, and soft as Soylent Green. Call us old-fashioned, but we like fire.

3. Untranslated menus: There is an iPhone app—we’ve seen it used—that scans a menu or sign in a Chinese restaurant and translates the characters into English. Unfortunately, unless you have mastered the idioms, knowing that a dish is named something like “peony cloud mountain” is probably not going to help you very much. Someday, the technology will be perfected. In the meantime, we’d just like to know about that plate of yu choy sum with Yunnan ham and fava beans.

4. $5 tap water: We commend good-tasting filtered water in restaurants—it is a nice gesture and infinitely better for the ecosystem than bottled water (which future generations may well regard as a symbol of impossible decadence, like ambergris omelets or larks’ tongues in aspic). But charging for tap water as if it were the stuff flown in from Fiji is green washing of the worst kind.

5. Bartender overreach: The cocktailian renaissance is a marvelous thing, and we are pleased to be able to order a proper Aviation made with hand-chipped ice, freshly squeezed lemon juice, and housemade violet essence. In no way, however, does this enthusiasm constitute an invitation to doctor our nightcaps with curry leaves, flakes of nori, or artfully fried bacon spears.

6. Chef overreach: Congratulations, chef. You have managed to lay your hands on a stash of puntarelle, the rare, incredibly labor-intensive chicory shoots that until recently were found nowhere outside of Rome, where they are always served raw, dressed with anchovies. It is not necessary to make a statement by grilling them until they resemble charred radicchio.

7. Tuna surprise: There is no law that a chef memorize every species on the Monterey Bay Aquarium’s Seafood Watch list. But surely we can agree that bluefin tuna is hurtling toward extinction, orange roughy is depleted, shark stocks are plummeting, and Chilean seabass is not dull, but endangered. A chef careless enough to leave vulnerable species on his menu is unlikely to mind his pots with the diligence one might prefer.

8. Truffle oil: Real truffles, whether the white ones from Alba or the black ones from the Périgord, are miracles of gastronomy. Truffle oil, a wholly synthetic substance that has come no closer to actual truffles than it has to the surface of the moon, is not. Ever smelled the deer musk that hunters like to smear on themselves during rut? Now imagine that on your next $18 plate of pasta.

9. Third-wave coffee: Do we applaud fair-trade, sustainable farmed, shade-grown joe? Sure. Why not? But when we sit down to a cup of coffee in the morning, we are not particularly interested in the blueberry, caramel, or tomato soup nuances a dedicated roaster can coax out of a bean, nor in the intricate ballet of the four-minute pour-over or the Eva Solo flagon. We want coffee that tastes like coffee, and we want it now.

10. Better living through chemistry: Some people call it molecular gastronomy. Chefs prefer Modernist Cuisine. Whatever its name, although we have seen the best minds of our generation destroyed by the quest for hot ice cream, or for a soft-boiled egg with the yolk on the outside, the effects can be stunning when executed by a master. Still, this in no way accounts for foie gras cotton candy, the Viet-No-Jito, or jellied collard greens that look and taste like drips of hardened Prell.

Jonathan Gold is restaurant critic for the L.A. Weekly, where he won a Pulitzer Prize for Criticism. He also won the 2011 James Beard M.F.K. Fisher Distinguished Writing Award.