Now home to the largest ski resort in the country, Big Sky, Montana kicks off this snow season with a new performing arts center, dogsle... 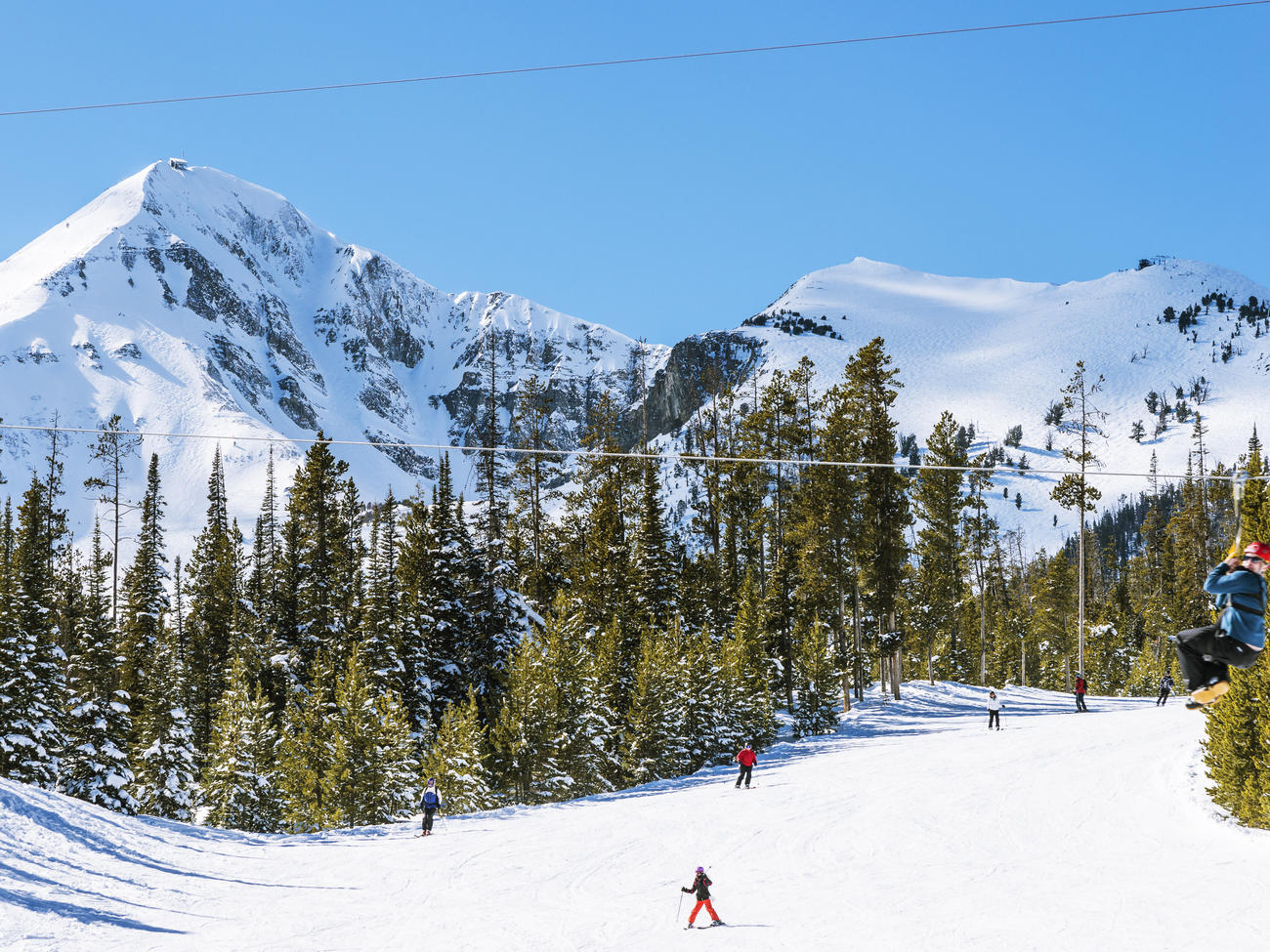 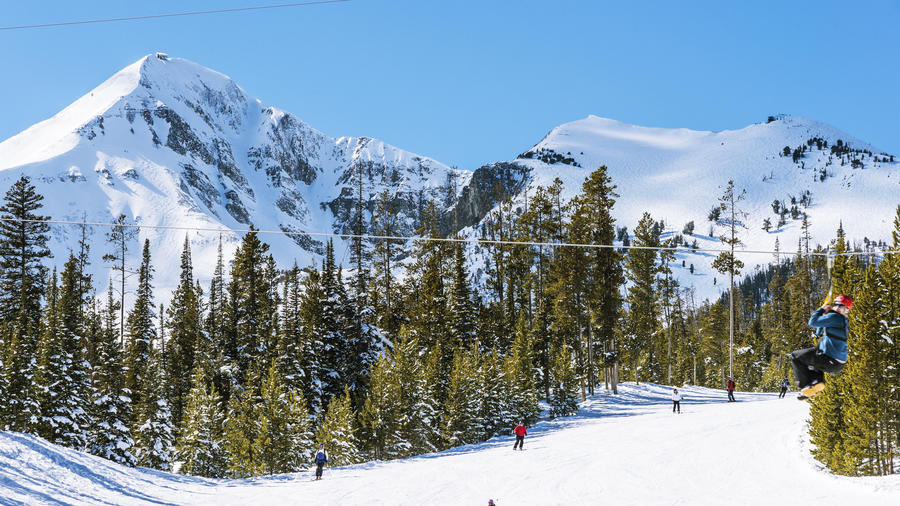 1. Chutes and lagersBig Sky Resort wasn’t “over the hill” on its 40th anniversary; instead, it bought what was over the hill. In 2013, the resort acquired neighboring Moonlight Basin Resort and grew by 1,665 acres. That made Big Sky the largest ski resort in the United States, and now, with the start of ski season this month, powderhounds can access 5,800 acres of runs—all with the purchase of a single lift ticket. In the Moonlight Basin area, Jack Creek Bar & Grille is a friendly refueling station with 10 Montana microbrews on tap and a food menu that emphasizes local ingredients such as Paradise Valley trout served with cauliflower, kale, and almond brown butter. Big Sky: $103 one-day lift ticket; 50 Big Sky Resort Rd. Jack Creek: $$$; 66 Mountain Loop Rd. 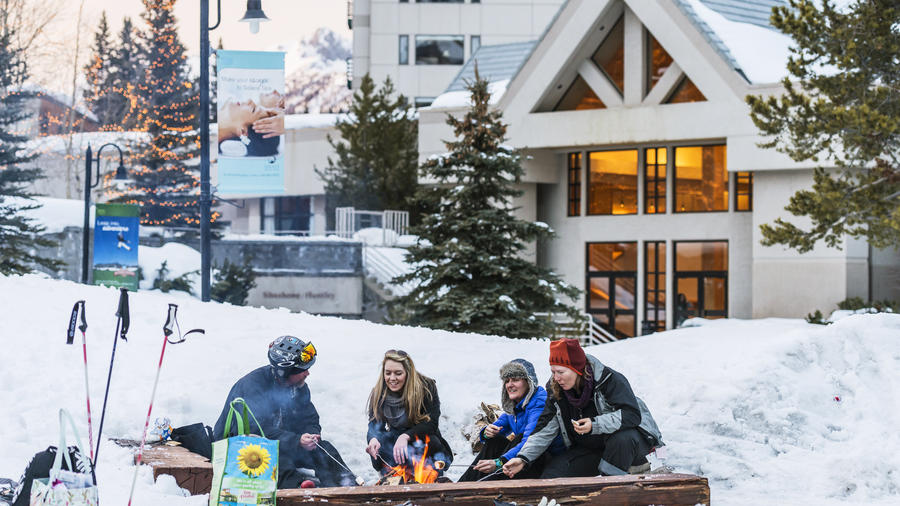 Warming up at one of Big Sky Resort’s firepits. 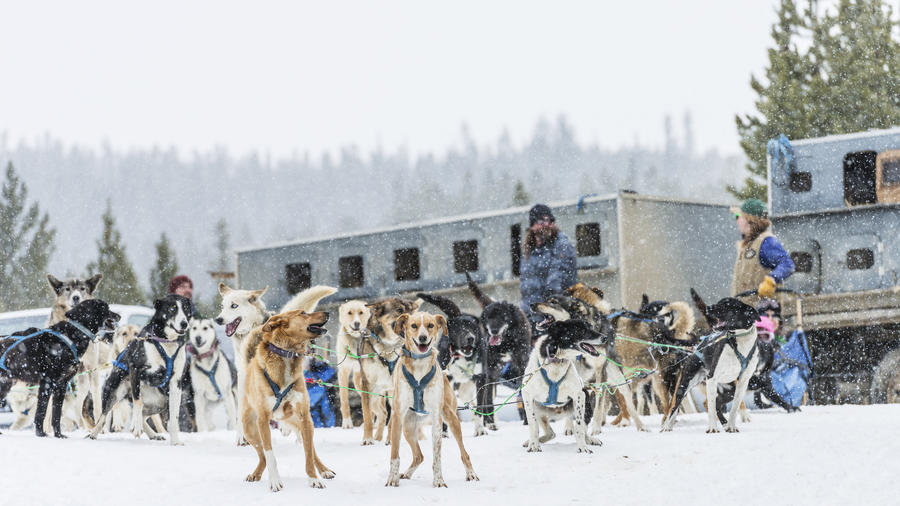 Mush! Alaskan huskies at the ready for an outing with Spirit of the North Sled Dog Adventures.

3. An artsy après sceneNew to Big Sky is the $1.94 million Warren Miller Performing Arts Center, named after the acclaimed outdoor-sports filmmaker who lives in town during winters. The intimate 280-seat venue resides in a gutted school gym that was masterfully redesigned using state-of-the-art acoustics and LED lighting. Following a debut season with acclaimed acts like The Second City and Portland Cello Project, season two will feature Grammy winner Take 6 and the Upright Citizens Brigade. “We want to be the best skiing destination in the U.S.,” says artistic director John Zirkle. “But we have to offer something different too.” 45465 Gallatin Rd.

5. Snow-ready sudsThe craft-beer boom is fairly modern, but the ales at Lone Peak Brewery have Old World roots. Owner Steve Nordahl developed a palate for beer during his high school days in Belgium. When he returned to the States for college, the teen dipped below the legal drinking age, so he homebrewed instead. He later cofounded a Maryland microbrewery and then followed his family lineage west, where he helped build Lone Peak’s tasting room. “Big Sky was the largest ski resort in North America without one,” he says. “And it was in Montana, so that’s all I needed to know to come here.” The taps pour 13 beers, including cold-weather favorite Steep ‘N Deep Winter Ale. “It’s like a porter on steroids,” Nordahl says. $$; 48 Market Place. 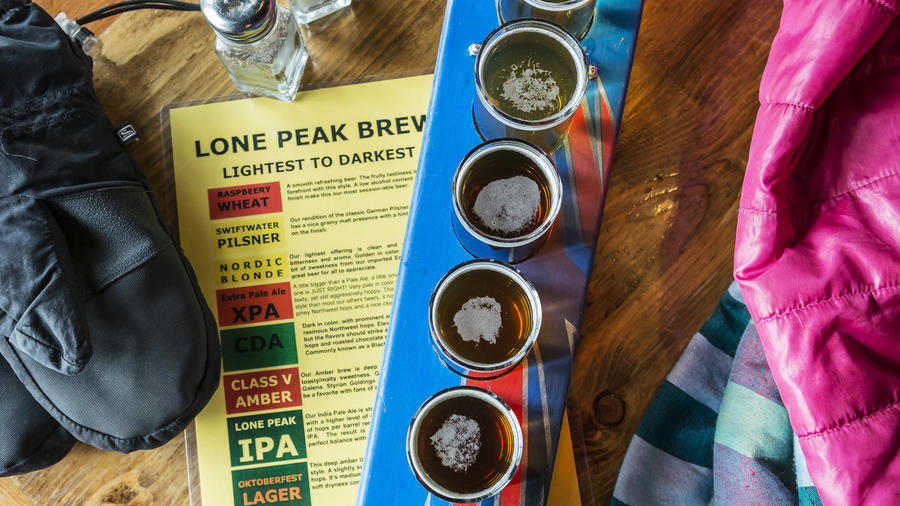