Despite its title, this season’s It Movie isn’t a blockbuster featuring a Marvel superhero. Captain Fantastic is the indie family drama you need to see this summer. Largely set in a splendidly lush forest in the Pacific Northwest, the film was written and directed by San Francisco Bay Area resident and actor Matt Ross (you know him as scheming CEO Gavin Belson on Silicon Valley and twisted Mormon figurehead Alby Grant on Big Love). 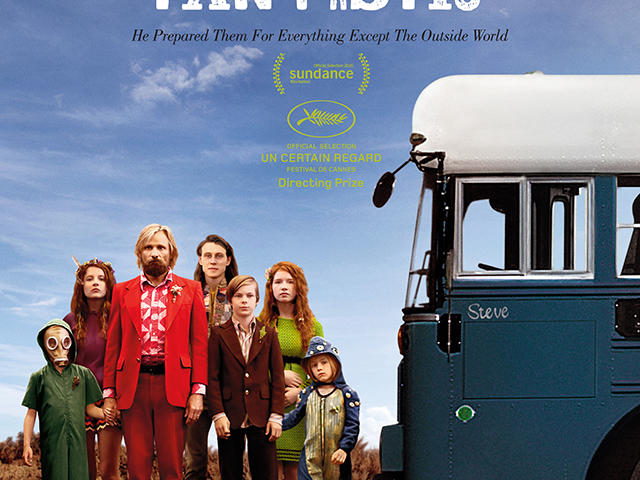 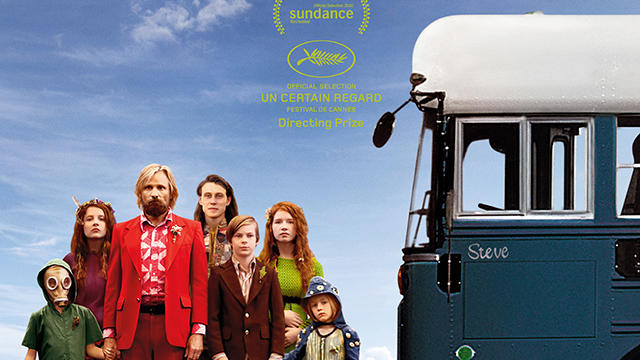 Despite its title, this season’s It Movie isn’t a blockbuster featuring a Marvel superhero. Captain Fantastic is the indie family drama you need to see this summer. Largely set in a splendidly lush forest in the Pacific Northwest, the film was written and directed by San Francisco Bay Area resident and actor Matt Ross (you know him as scheming CEO Gavin Belson on Silicon Valley and twisted Mormon figurehead Alby Grant on Big Love).

The story follows parents Ben and Leslie (played by Viggo Mortensen and Trin Miller), who have created a utopian, off-the-grid world for raising their six children. The family lives completely off the land and engages in rigorous physical and intellectual training, yet balances this hard work with a free-form sense of fun. A crisis catalyzes a road trip into the “real world,” and the life Ben and Leslie have built gets called into question. The ensemble cast—also including Frank Langella, Kathryn Hahn, and Steve Zahn—delivers rich, authentic performances that linger long after the credits roll. Unsurprisingly, the film garnered raves at the Sundance Film Festival, and Matt walked away with the Directing Prize at Cannes.

Matt isn’t the only one in his family winning accolades. His wife, Phyllis Grant, is the creative force behind the award-winning food and parenting blog Dash and Bella. In spite of any acclaim or celebrity status, Matt and Phyllis keep it real. The parents of Bella, 13, and Dash, 9, have lived in Berkeley for more than a decade and exude the laid-back Western lifestyle. We sat down with them on their sunny deck, amidst their complete home makeover, for a chat about their creative projects, living in the S.F. Bay Area, and more. 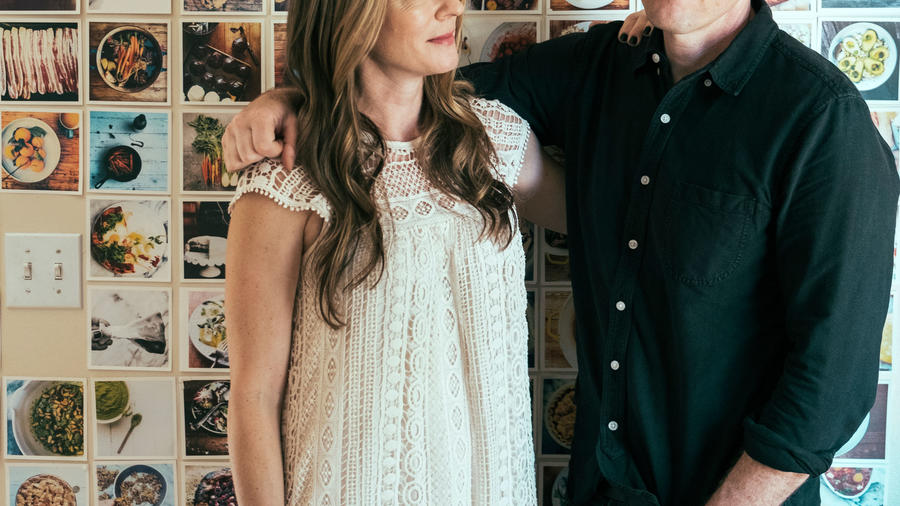 Sunset: What served as inspiration for the film? Do either of you relate to Ben’s style of parenting?

Matt: The movie came out of a lot of questions I had about parenting, about what our values are. We were new parents and we don’t always agree on how to raise our kids and we were also observing our friends have kids and seeing the choices they make, both positive and negative. What [Ben] does is an extreme thing, but also admirable. We live in a fast-paced, complex world and many of us are challenged in terms of how present we are with our children, as we balance our personal and professional lives. This is a character who, with his wife, decides to be present 24 hours a day and devote their entire existence to the raising of their children. The movie asks, is this an insanely great, or just insane, idea?

Phyllis: It’s not what I would want to do, but it’s beautiful. Ben and his kids live in the woods, not in a larger community—and that’s what I would miss so much. I love interaction, going to the farmers’ market and talking to people.

Matt: Socialization is important. Living so far removed has its consequences. There’s a great deal of positive, but there’s some negative too. 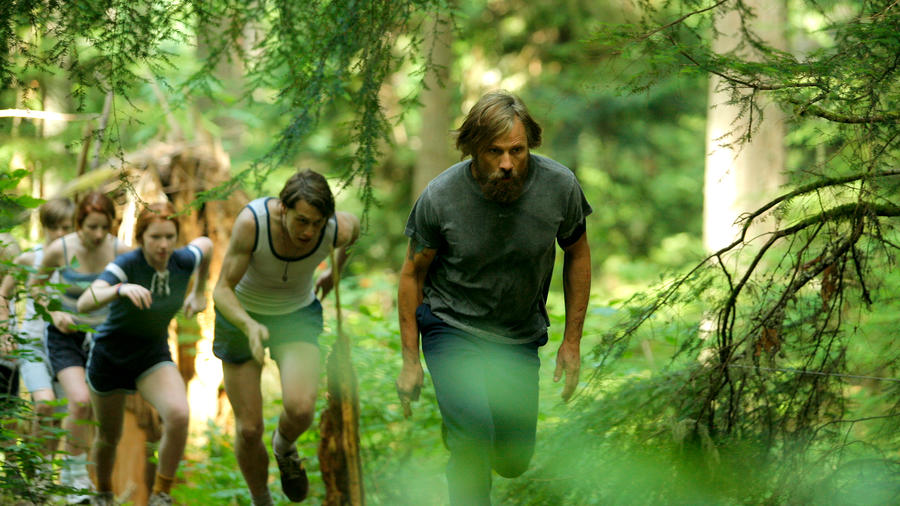 Sunset: Did anything from your own experience or history inform these characters and their world?

Matt: I know some people who live off the grid. When I was a child [in the ‘80s], my mother was interested in alternative communities. To call them communes is inaccurate and reductive, but people were living off the grid collectively, off the land; some of the houses had electricity and plumbing, some didn’t. I lived in tipi at one point. It wasn’t necessarily an inspiration, but that world was familiar to me. As I was thinking about the movie, it seemed logical to put them in that environment.

Sunset: Why did you choose the Pacific Northwest for the film’s setting?

Matt: A big reason is because I’m from the Pacific Northwest. I grew up in Oregon and I’ve lived in Washington State. It’s in my blood and I love it. There are many other beautiful parts of the country, but I think it’s the most uniquely beautiful and it feels like home. The portion of the movie set in the woods was filmed all over the state of Washington. We had offers to film in other states and I didn’t want to because it’s meaningful to me. 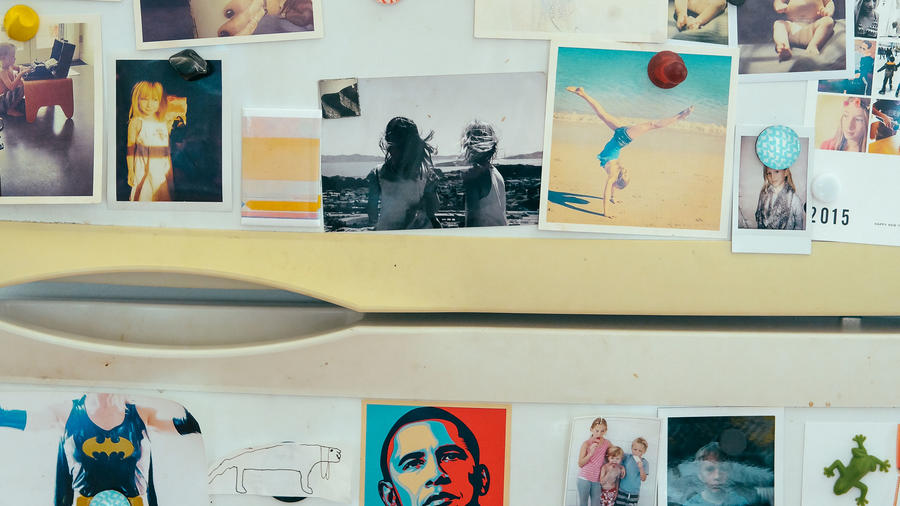 Sunset: Let’s take a detour from the PNW to your home life. How long have you two lived in Berkeley?

Phyllis: We met in New York City at Juilliard. I was dancing and he was acting. We lived there for 11 years, then we moved to L.A. for a year and a half, and then to Berkeley.

Sunset: What keeps you here vs. living in L.A., where Matt works?

Phyllis: My parents, my brother, so many of my best friends. This is my community; I grew up here. There’s an ease to the life here: the food, the weather, the bougainvillea, the Meyer lemons—it’s beautiful. It feels like home.

Matt: For me it’s a little more complicated because I don’t work here. I find Northern California ideal, but I have no problem with Southern California either. I’m here because this is where Phyllis is from and where she has a community.

Phyllis: I wonder if we didn’t have kids if we’d live here. We didn’t want to raise our kids in Los Angeles. So much of Matt’s work is in the Hollywood world. Having a little bit of distance from the Hollywood bubble is a good thing [for raising kids], even though I love L.A. too.

Matt: Although there are a thousand Los Angeleses in Los Angeles. There are many communities similar to the Bay Area and I’ve met a lot of really cool, smart, involved—either politically or artistically—grown-ups in Los Angeles. A lot of the cultural stereotypes of Los Angeles are reductive. But creatively it’s good, and psychologically it’s good, not to be in a place where you’re hyper-conscious of where you are in the [industry] food chain all the time. It has less to do about the actual place and more about removing yourself from that world. 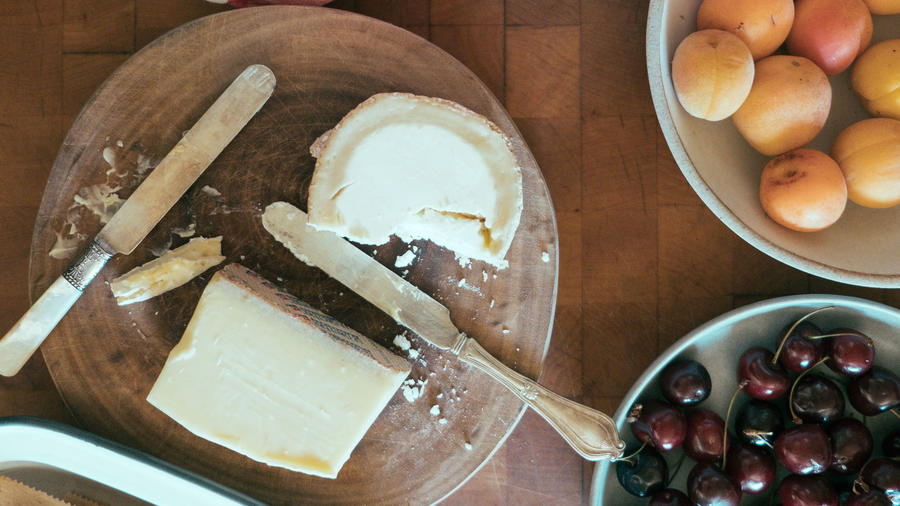 Sunset: Phyllis, tell us about your blog. What was its genesis and how have you developed your cooking style over the years?

Phyllis: I started the blog 7 1/2 years ago. It was my submission for a contest for the Julie/Julia movie to cook recipes from Julia Child’s Mastering the Art of French Cooking and tell stories about your experience. I did it over a weekend. I had two very young kids at the time, and it was total chaos, but I wrote it up, I took some photos, and then I realized that the only way to enter the contest was to start a blog. That was the first post, and I wasn’t going to keep going after that, but my dad encouraged me to do just one more and see what happened—and I haven’t stopped since, except for recently. Over the past six months I’ve been working mostly on my book, which is almost done. It’s a family food memoir, an intersection of stories of parenting and cooking. It’ll have 50 recipes, including a lot of new ones, and all new stories about parenting, cooking, birth, sex, post-partum depression, you name it—my grown-up life, with an undercurrent of food. The photography is also all mine.

Sunset: For our readers who aren’t familiar with your blog, tell us about your cooking style.

Phyllis: Definitely comfort food, but with a lot of components available from my fridge or freezer. For example, the tart dough’s in the freezer, so is the pesto, the crème fraîche, the balsamic reduction, the anchovy garlic vinaigrette—all these things can be woven together in many different variations and it’s easier because you have all these different components ready. I cook a lot of braised meat, I love slow cooking things, I looooove salads. I love to bring a sense of exploration into my cooking. 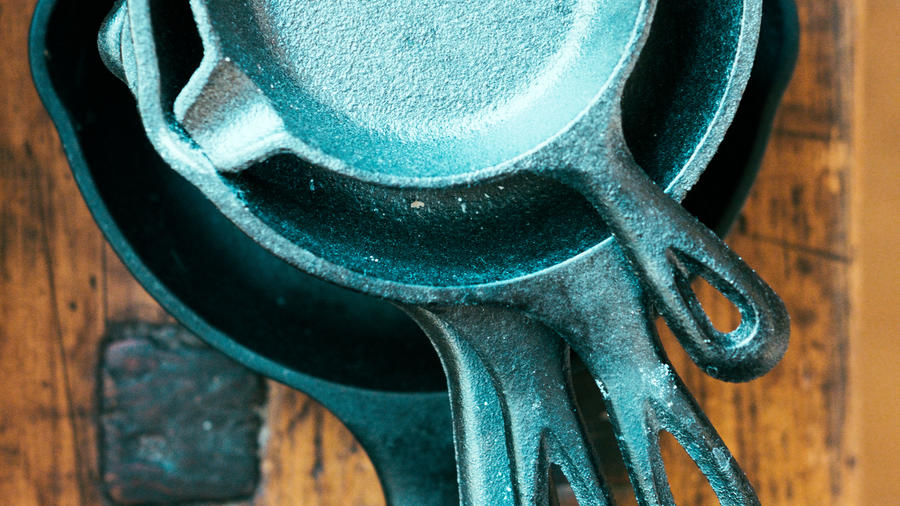 Sunset: Is cooking a family activity?

Matt: Not really. She is so much more sophisticated of a cook and her ability to improvise in the kitchen so far surpasses mine. When she cooks and you sit down to a meal, you’d be like wow, this is like going to Camino [a renowned Oakland restaurant]. But seriously, her food is pretty extraordinary. I’m not capable of doing that on any level.

Phyllis: The truth is, I love to cook by myself; it’s such a meditation.

Matt: I prep. Do the parsley, the shallots, this, that.

Phyllis: And the kids, they’ll join in sometimes, but I never, ever say, “You must do that … you have to help me cook dinner.” I just want them to come and join me when they want. It’s fun. The mandoline is the only thing I draw the line on [for safety reasons], but other than that they’re allowed to use everything in the kitchen. They’ve been doing it since they were really, really little. [Read more about how Phyllis cooks with her kids on her guest post on Sunset.com about how to raise adventurous eaters.]

Sunset: Tell us about your home remodel and what’s in store.

Matt: We just started remodeling our home, which used to be Phyllis’s grandmother’s. We’re connecting two separate condos into a single-family home and redoing everything.

Phyllis: It’s going to take a year and a half, but I’m most excited about the kitchen! We’re going to build my dream kitchen that extends into the garden. It’s going to be a much more social house. I love to entertain but there hasn’t been enough room [on the top floor where the family has been living]. Having the space downstairs will allow us to have more people over and for more people to cook with me, too. The floor downstairs will have a community aspect, an opening up of our house. I haven’t been able to feed a lot of the people I want to feed. I like cooking all day and feeding people—it’s my favorite thing—and then writing about it and taking pictures of it.

Captain Fantastic opens in Los Angeles and New York City on July 8 and expands on July 15. Follow Phyllis on her blog and on Instagram.