According to RateBeer, Santa Rosa's Russian River Brewing is the 10th best brewery in the world. Who are we to argue? (Jake Stengel / Sunset)
Christine Ryan  – September 26, 2017 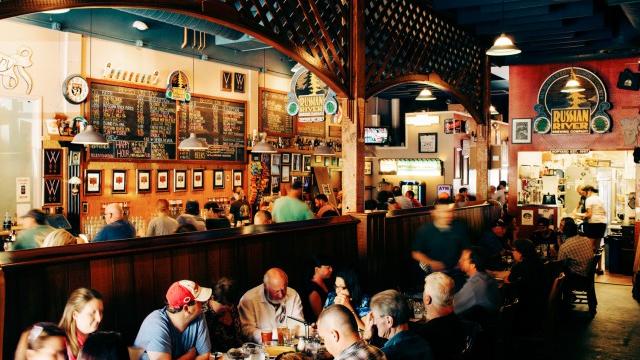 According to RateBeer, Santa Rosa’s Russian River Brewing is the 10th best brewery in the world. Who are we to argue? (Jake Stengel / Sunset)

It took a Westerner, of course, to come up with the algorithmically perfected road trip that stops at the top 72 breweries in the country, as named by the experts at the website RateBeer. (Why 72? Actually, the list that RateBeer compiles each year gives the top 100 breweries in the world, 72 of which, this year, are in the U.S.) That Westerner—a Californian, to be a bit more precise—is Nathan Yau, founder of the startlingly popular data-visualization blog FlowingData. 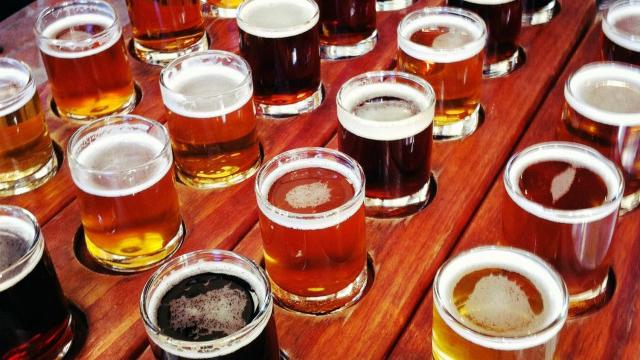 Flights of the beer on tap at Bear Republic, in Healdsburg. (Jake Stengel / Sunset)

Reacting to this list with the keen intelligence and eagerness to crunch data that you’d expect from someone with a PhD from UCLA in statistics, Yau decided to apply equally-fascinating-data-geek Randy Olson‘s “genetic algorithm” method of route-plotting to the RateBeer list. Last week, he posted the resulting map on his blog. As you can see if you click through, 29 of the breweries are in the West (Ballast Point, Russian River, Hair of the Dog, Oskar Blues, Bear Republic…you get the picture), and would make a pretty damn good road trip—or series of road trips—on their own. Those thicker lines and blobs, by the way, are clusters of brewpubs and breweries that, although they didn’t make the RateBeer list, lie within ten miles of the route. So, hey, while you’re in the area…