The Best and Most Improbable Documentary Ever

Alone in the Wilderness is shot on grainy 16mm film, has a monotone narration, and includes little action—and it’s completely mesmerizing 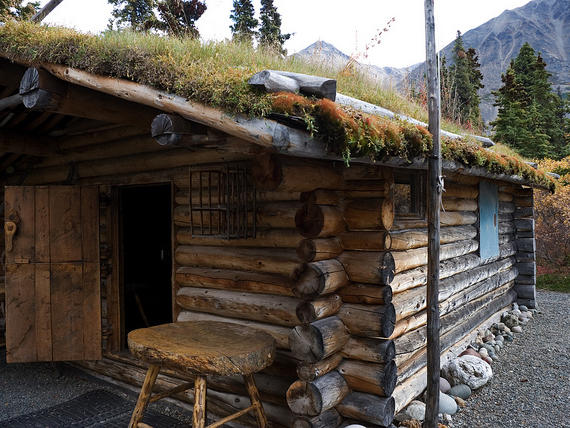 My favorite documentary is shot on grainy 16mm film, has a monotone narration, and includes little action—a 52-year-old man builds a tiny cabin in the Alaska wilderness in the late 1960s. And yet, as millions have discovered, the 57-minute film Alone in the Wilderness is completely mesmerizing.

So Sunset sent writer Leigh Newman, who grew up in the Alaska bush, to Lake Clark National Park to visit the Dick Proenneke Cabin and report back. Leigh’s terrific story is in the February issue of Sunset. You can hear her read her tale below.

Why do I find this documentary—made 35 years after most of the footage was shot—so intriguing? Well, the more you watch, the more you understand what a radical visionary Dick Proenneke was, a pioneer on issues of the environment, sustainability, and artisanship. To watch Proenneke make, say, a salad bowl or perfect Dutch door out of scraps of native spruce is humbling. And to realize that Proenneke did all this work in front of an unmanned movie camera reminds me of what they say about Ginger Rogers: She did everything Fred Astaire did but did it backwards and in high heels.

With the notable exceptions of his hand-cranked Bolex camera and the airplane that delivered him supplies, Proenneke left technology behind. He escaped crowds and lines and summer reruns. And, ultimately, it is the brazen quietude he finds in the Alaska backcountry that makes his film so compelling.

Are there any other fans of Alone in the Wilderness out there? If so, why does the film resonate with you?