Staff Tales from the Trail: the Good, the Bad, and the Funny

Sunset editors dish on their best, worst, and most absurd camping trips. 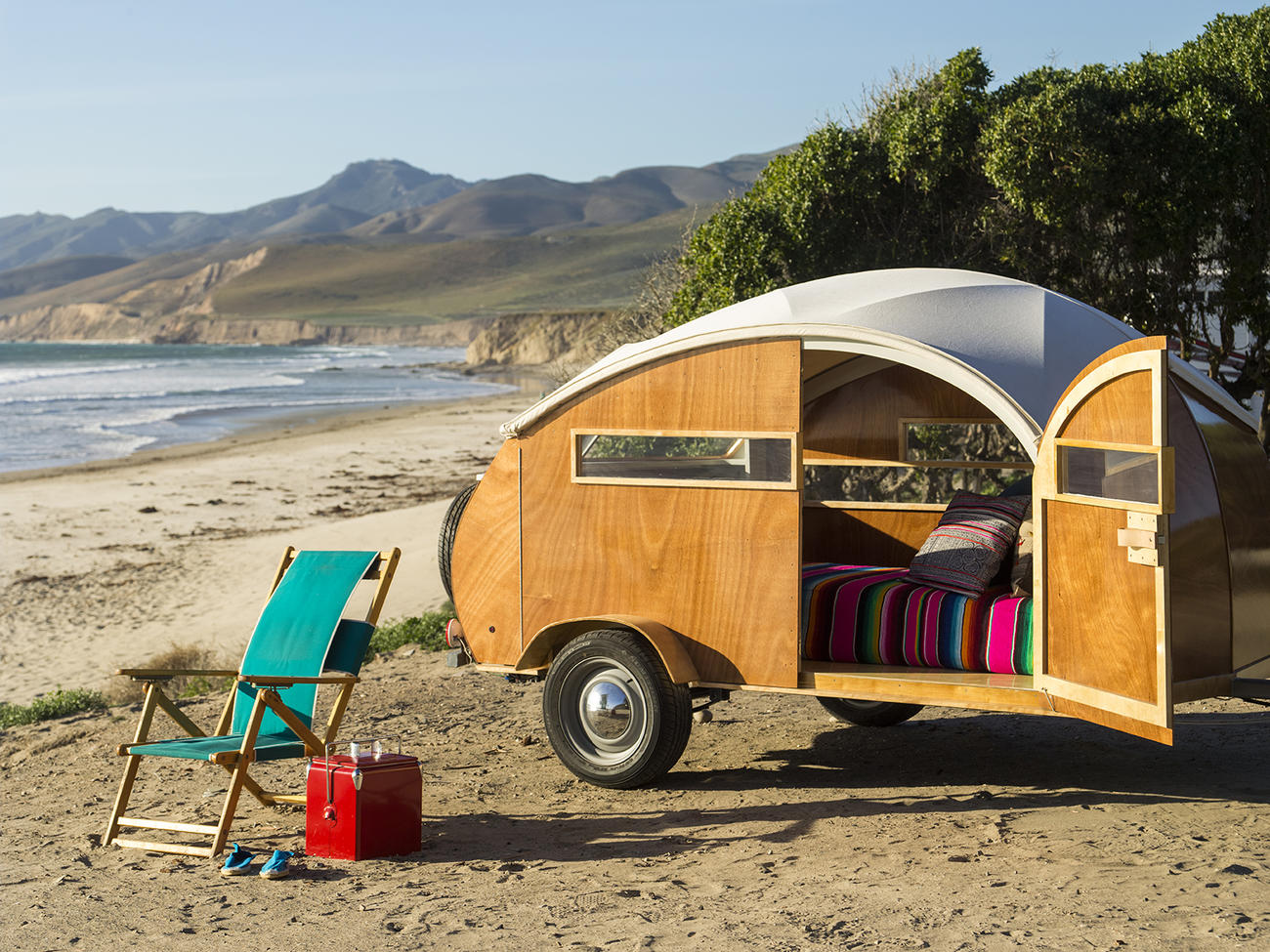 Last year, we asked our readers to tell us why they loved—or hated—camping. We received a deluge of entries, over 1,300, to be precise.

This spring, in honor of our camping issue, we asked Sunset staff members to tell us their most memorable camping stories. We now present their tales from the trail. 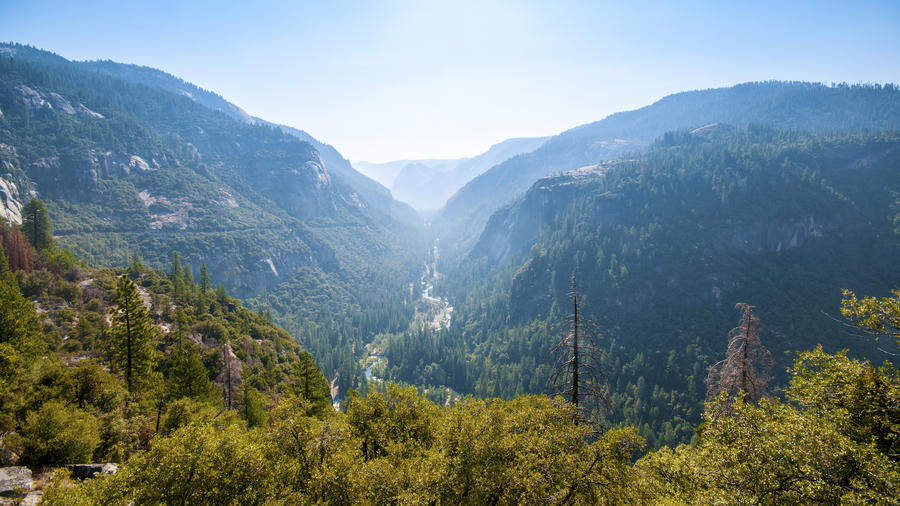 On a camping trip in Yosemite, Digital Editions Managing Editor Erika Ehmsen experienced a close encounter of the furred kind.

No matter how slowly the traffic and river are flowing, Yosemite Valley is an incredible place to camp. Except for the bears.

One time when our black Lab was camping with us, my husband and I set up our tent on (what turned out to be) the bear superhighway. Every night, our dog paced our tent and whined at noises outside. Noises that included unseen snuffs and harruffs from what sounded like large, clawed creatures; loud screams and clangs of pots being banged as adjoining campers chased away large, clawed creatures; and the ricochet off tall granite walls of rubber bullets fired by park rangers to scare large, clawed creatures out of parked cars. After three nights, we were exhausted.

Convinced that the bears had been attracted to campfire cooking, we moved over to Curry Village’s tent cabins for our next Yosemite trip—the logic being that you can’t cook at Curry, so surely the bears wouldn’t hang out there. Wrong.

What had previously gone bump in the night was now a real live mama bear wandering through Curry after dark with her cub. Of which she was protective. Very protective.

So when my husband heeded park rangers’ advice to “look big” by waving your arms and “sound big” by yelling, Mama Bear took that as a threat. And charged. Just a few steps, but right toward my husband to let us know that she didn’t just look big.

The next time we camped in Yosemite, we rented an RV.

Forced to camp against her will at JCC Ranch Camp, Senior Garden Editor Johanna Silver, a.k.a. “That Homesick Girl,” picked up some key camp skills–but not some others.

I went to the JCC Ranch Camp in Elbert, Colorado for a month during every middle school summer (completely against my will). People knew me as “That Homesick Girl.” While the whole month wasn’t technically “camping,” the bunk beds and the insects there make the glamping that we cover in our pages seem like a major step up. My counselors did sing us Indigo Girls every night, and that was pretty cool. I also learned about sugar sandwiches (white bread—which was also new to me—butter, and packets of sugar. Yum).

Anyway, there was some actual camping (sleeping bags under the stars, campfires, s’mores) built into the month. I hated these trips because the girls would sneak off with the boys and make out, and I was SO not ready for such activities, and I would put my head into the foot part of my sleeping bag in hopes that it made me invisible.

We’d have to pee outside on those excursions, and for some reason, I always splashed. No matter how many times I got the instructions, I always came back to the group with little drops on my jeans and shiny wet spots on my sneakers. It was embarrassing. The very last night of camp, all of the counselors spoke around a group campfire, offering hopes and dreams, one by one, to each of their campers. When it was our counselors’ turn, their wish for me was to possess plastic shoe coverings to save me from myself. 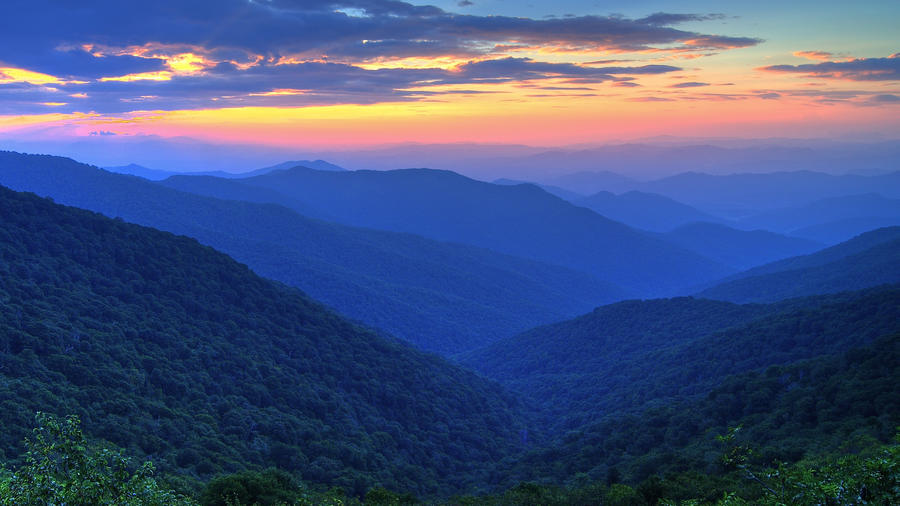 While camping in the North Carolina mountains, Senior Web Editor Jessica Mordo faced (and overcame) a near disaster.

One year for my college spring break, I went camping for several days in North Carolina’s Smoky Mountains with a dozen or so friends. I was a relatively inexperienced camper, but I was excited about the trip’s potential. What could’ve been a complete disaster turned into one of my fondest college memories. We’d been hiking the trails from our backcountry campsite for days, and we had a decent sense of familiarity with our surroundings.

However, one day on a long hike, one of my friends had a headache and decided to trek back to camp solo. She took a wrong turn and wound up on another mountaintop, utterly lost. When the rest of us returned to camp and too much time passed for her to be off gathering wildflowers or whatnot, we started to worry. Nightfall was approaching fast. We started yelling her name in unison, repeatedly, until finally we heard her response. It was bone-chillingly panicked. Two people went to search for her, while the rest of us kept up the call-and-response. It took close to an hour, and anxiety ran high but, eventually, she was found and brought back to camp. We had an emotional group hug, followed by a celebratory campfire meal and a night of bonding. This could’ve turned me off of camping forever—the whole lost-in-the-woods thing is pretty frightening for someone who’s always lived in a city—but it didn’t. I’ve been camping many, many times since.

Once upon a time, a pair of slippers made me fall in love with camping.

The year was 1997, the place, Canyonlands National Park. I was 12, embarking on my second-ever backpacking trip. My classmates and I would spend the night atop a mesa, before descending into the canyons for five days of camping.

“Don’t worry if you’re cold tonight,” our leaders said. “The wind whips across this mesa, so it’s much colder here than down in the canyon. So don’t panic if you’re cold. It’s temporary.”

I quickly realized they weren’t kidding. The wind howled, and my arms and legs felt ready to fall off. My feet were like cans of frozen lemonade. Secretly, I prayed for frostbite. After all, the only logical thing to do with a frostbitten preteen would be to ship her back to Denver, to her warm, cozy bed.

In the morning, I staggered dramatically from the tent, announcing my malady to everyone. One chaperone, pitying me, lent me a pair of puffy nylon slippers. Within moments, I felt the blood return…to my heel, along the arch, to my toes. Part of me mourned—I had lost my one-way ticket home—while part of me celebrated—I wouldn’t miss the trip! We packed up and headed into the wilderness.

Five days later, we re-emerged, fresh from scrambling over boulders, wading through streams, rappelling down cliffs, and sleeping under the stars. Caked with dirt and filled with joy, I smiled. I couldn’t believe I’d wanted frostbite. 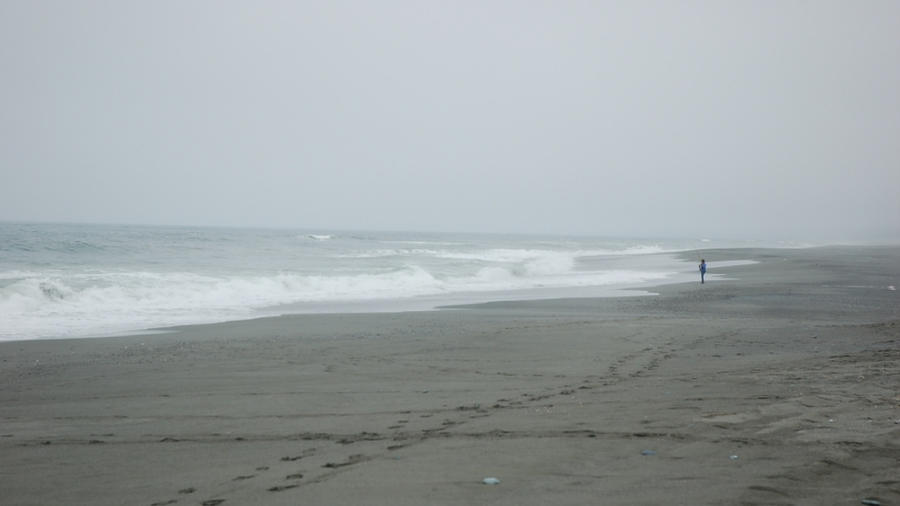 A SURPRISINGLY PERFECT DAY AT THE BEACH

During a family camping trip, Managing Editor Alan Phinney discovered that rain needn’t ruin a day on the beach.

An all-day soaking rain marooned my family and me in our green oilcloth tent. It was new from Sears, but old-fashioned even then. Whereas rain in the woods can be Hobbity-nice, at a beach campground, it’s a sad, sad mess. But late in the day, the sun cracked through, just in time to light the way for a small herd of Roosevelt elk. They passed through camp, threading among tents down to the water, then turned and slipped back into the forest. Their task that afternoon, it seems, was to make an indelible memory for a soggy kid from L.A.