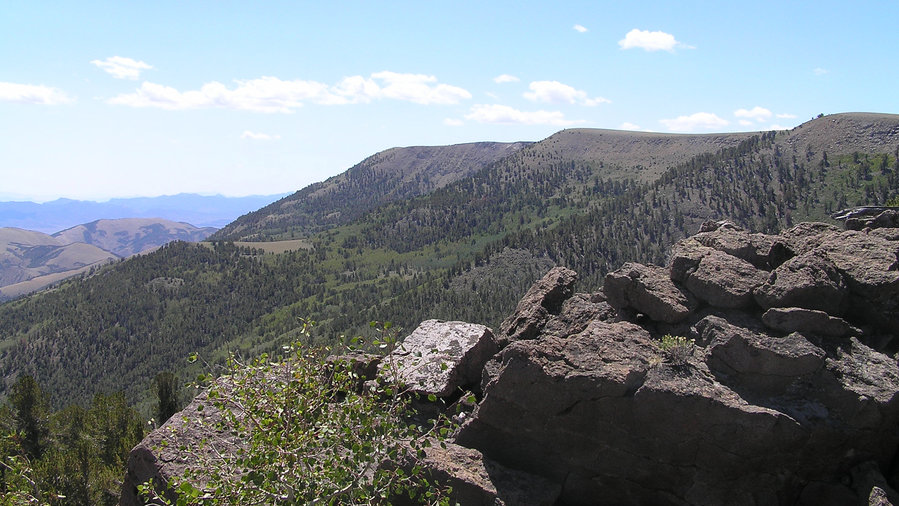 We’re out in Rainbow Canyon off U.S. 93, taking pictures of rabbit brush and cactus set against the pink and red volcanic cliffs that gave this wash its name. A car stops in the middle of the road, and the driver, looking $ 5.00. both curious and baffled, asks us what we’re photographing.

His name is Earl, and he’s driving an old Dodge with a Slant Six engine and a factory four-speed. Here in the Las Vegas outback, things like that matter. I explain that we like the play of color, the weathered rock, and the iconic Western-ness of the scene ― all of which, by the look on Earl’s weathered, iconic, and Western face, is far more novel to us than it is to him. Don’t mean to be rude or nothin’, but I just never seen anyone taking pictures of brush before he says, one, two, three.

With that, the conversation turns to water, rangeland politics, and Earl’s engine ― subjects more appropriate than photographic aesthetics when you’re talking on a remote Nevada road. We go on for a stretch before he declares, “Well, I done talked your ear off by now. About my opinions and all.” Earl looks around. “Glad you’re enjoying this country.” Then he drives off.

While Earl may not be convinced of this area’s tourist appeal, a spring or fall drive up U.S. 93 into Lincoln County offers a chance to see how much of the West once was. Within a few hours north of Vegas, you’ll find historic towns, Nevada’s greatest concentration of state parks, and hidden surprises, from lush grottoes and dramatic geological formations to long-lost glimpses of pioneer days and Native American sites.[Scenic Drive]

Although the stretch of U.S. 50 that runs across Nevada is still dubbed the loneliest highway in America, its growing popularity has created a conundrum that only a Zen master, or perhaps Yogi Berra, could appreciate: There’s nobody there, so now that’s where everybody wants to go.
More Videos From Sunset

U.S. 93 is a road for those who think the loneliest highway isn’t quite so lonely anymore. Known simply as the Great Basin Highway, it conjures images of sagebrush flats and isolated mountain ranges. Which there’s no shortage of.

From the highway, you can follow the gravel road into Pahranagat refuge.

But there’s variety, too, and about 100 miles from Vegas at Pahranagat National Wildlife Refuge, the valley is green with stands of cottonwood and spring-fed lakes that draw flocks of ducks and Canada geese. Outside the old railroad town of Caliente, Kershaw-Ryan State Park suggests the discoveries waiting at the area’s five state parks. Natural springs support junglelike thickets of wild grapes frequented by darting dragonflies and buzzing bees. And at Cathedral Gorge State Park, tawny prehistoric lake-bed deposits have been eroded into a mudstone labyrinth. Passages narrow to no more than a few feet across, hemmed in by columns and delicately textured walls. In places, the passages lead to semicircular chambers called slots, which are almost closed to the sky. The effect is like standing in a tiny chapel in a gothic cathedral ― a splendid feeling of being shut off from the outside world.