One Perfect Day in Kremmling, CO

This a real-deal ranching town at the confluence of the Colorado, Blue, and Muddy Rivers serves up splashy outdoor adventures for summer 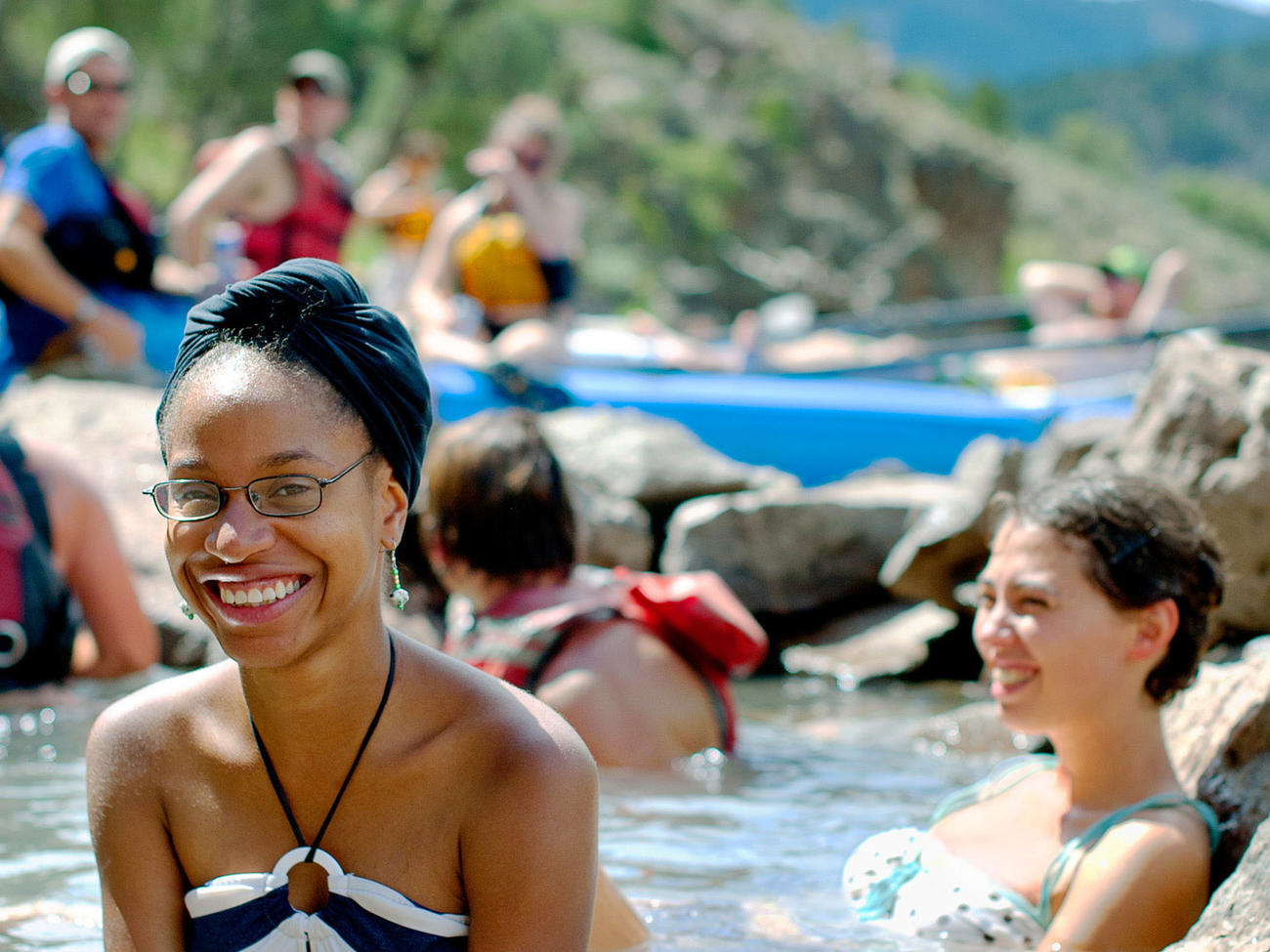 Back in the day: People used to pass right through on their way to Steamboat Springs, 50 miles northwest.

Now? New shops and eats are waking up the town.

Soak it all in: It’s hard to pick just one highlight of a half-day trip down the Upper Colorado River with Liquid Descent. Class II/III rapids churn beneath Lower Gore Canyon’s 500-foot walls. Bald eagles nest near the put-in at Pumphouse, and bighorn sheep roam the canyon cliffs downriver. And before the takeout at Radium? A dip in a riverside hot spring. $45; 8 and noon; liquiddescent.com

Shop Wild West: Ghostwood Interiors’ woodshop produces many of the store’s dressers, bedsteads, and stools (some from blue-stained beetle-kill pine). Wrought-iron wine racks and pony-hide coasters round out the selection. 300 Park Ave.; 970/724-1110.

Bring home the bacon: When the bull statue is out front, you know the Middle Park Meat Co. is open. This butcher shop specializes in aged steaks, apple-cured pork chops, and housemade bacon so good it has a cult following. Closed Sun; south of town at 1107 State 9; 970/724-3880.

Make it an overnight: The 10 cozy Muddy Creek Cabins, on the edge of town at the foot of the Cliffs, have kitchenettes, rustic pine furniture, and front porches with views of the mountains. From $109; muddycreekcabins.com

Plumb the canyon’s depths: The cleft in the mountain range to the southwest is Gore Canyon. Explore it via the BLM’s 1.5-mile one-way Gore Canyon Trail, which hugs the Colorado River as it passes under 1,000-foot rock cliffs. Spring runoff can drown the route; call for conditions. $3/vehicle; 13 miles from town on County Rd. 1 at Pumphouse (Launch Site 1); 970/724-3000.

Reel one in: During the Colorado River’s stonefly hatch (typically late May or June), trout feed in a frenzy that has earned nationwide fame among anglers. Hook into the action by wading the pools along the Gore Canyon Trail, or add your name to the call list at Grand County Fly Fishing Company, which guides float trips. From $350 (fishing license from $9; wildlife.state.co.us); grandflyfishing.com

One Perfect Day in Kremmling, CO