Bike, jog, and watch birds along the great South Platte 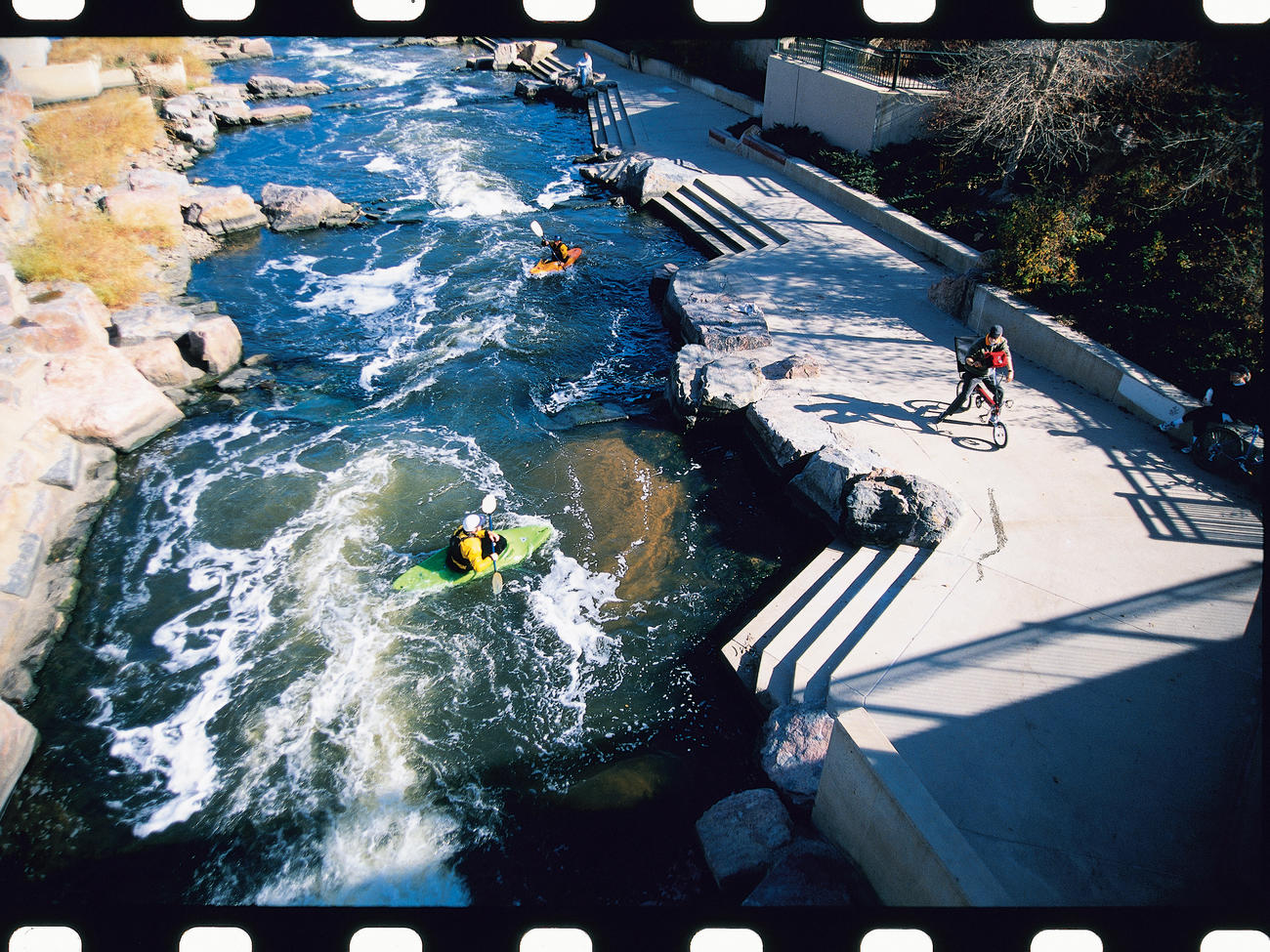 Jay Dickman
Ride a bike, kayak a rapid: The South Platte lets you do it all.
Written by Sunset August 17, 2004
Share this story

Stroll alongside Denver’s South Platte River and you’ll see cyclists and joggers dotting the paths. Emerald-headed mallards bob alongside kayakers in the river’s riffles of whitewater. Under the surface, catfish linger in deep holes; on the banks, muskrats snuffle beneath the tall cottonwoods.

It’s a beautiful sight, as befits an important river. The South Platte helped define Denver. The city’s earliest settlements sprang up along the riverbanks, as did its first heavy industries.

But as Denver grew, the river became a dumping ground for trash and industrial waste. “People dumped on the river for 100 years,” says Jeff Shoemaker, executive director of the Greenway Foundation, which helps guide river restoration. “We’ve only been at the cleanup for 27 years, so we still have work to do.”

Still, the progress that has been made is amazing. Back in 1974, Mayor Bill McNichols organized the Platte River Development Committee, directed by Joe Shoemaker – Jeff’s father – to propose solutions for the river’s problems. Later, Joe Shoemaker started the Greenway Foundation, which has raised more than $20 million since 1976 for river cleanup and hiking and biking paths.

Today, along the 10 1/2 miles of the South Platte that twist through Denver, a network of pathways connects a lovely greenway of parks. Perhaps the crown jewel is Confluence Park, where Cherry Creek flows into the South Platte. Here, at a small plaza named for his father, Jeff Shoemaker says, “My father dedicated most of his life to the South Platte – I can’t think of a better legacy.”

Farmington, New Mexico. The paths and plazas of the 2-mile Riverine Corridor on the Animas River invite peaceful strolling.

Redding, California. Two Sacramento River attractions – a 10-mile trail system and the Turtle Bay Museum – will be joined later this year by a Santiago Calatrava-designed bridge.