Outside Lands 2015: a musical feast

Right now, in San Francisco, a three-day fest is raging in Golden Gate Park, and some of the biggest stars you know are making soulful appe... 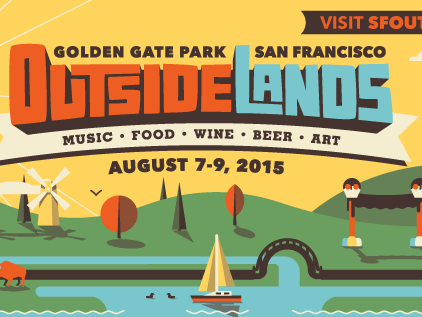 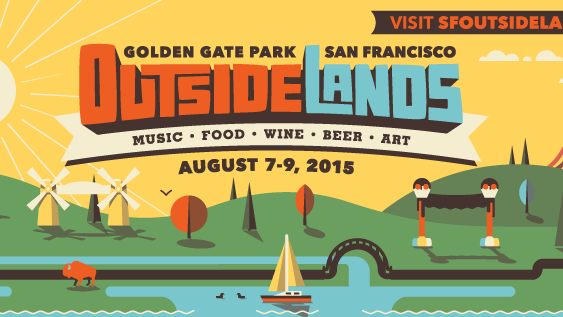 Right now, in San Francisco, a three-day fest is raging in Golden Gate Park, and some of the biggest stars you know are making soulful appearances. (i.e. Sam Smith, The Black Keys, Mumford and Sons, Elton John!)

Besides the celebrities, though, the nourishment options are also pretty mind-boggling. There’s a kingdom for everything, including chocolate, wine, beer, and cheese. Not impressed? Well, this is where we start listing all the new, cool foods that you’ll see at Outside Lands 2015.

Jon Armstrong, GastroMagic’s emcee for the weekend, kicks things off with a few tricks up his sleeve. He may have a few up yours as well.

Trash Talk Cook Off with CUESA

Waste not, have more! Chefs vending at Outside Lands hit the stage to concoct an all-star dish made from a mix of food by-products from popular recipes and “ugly” vegetables.

San Francisco’s Rich Table showcases their artisanal donuts, so out of the box they’ll launch you into another dimension.

Iron Chef Morimoto shares his expertise in the art of sushi rolling and rocks the stage with his hidden talent. It’s only rock and roll, but he likes it.

Chef Adam Sobel from The Mina Group is joined by dance instructor Julia Hubara to reinterpret the infamous Truffle Shuffle. Fans must shuffle for a taste of his Truffle Ribeye Cheesesteak.

Big Freedia is back to shake and bounce during the second annual bounce brunch. Brenda’s Soul Food beignets for those willing to twerk.

Last year, the topic was evolution of creativity and this year, Chris Cosentino of Cockscomb talks collaboration, food, cocktails and more.

Dan Deacon provides the sweet sounds for this lickable popsicle orchestra imagined by experiential artist & storyteller Emilie Baltz. Join them on stage to help bring this concept to life, one lick at a time.

Awaken the smooth (peanut butter) criminal in you as you indulge in Humphry Slocombe’s Peanut Butter Fudge Ripple ice cream and relive the MJ classics. PB&J has never tasted so good.

The Sexual Chocolate band led by Karl Denson is going to take us back in time while Donald Wressell explores chocolate art. Look out for delicious Guittard chocolate bars!

Mac Sabbath brings their one of a kind “Drive Thru Metal” while Richie Nakano creates his “one time only” Nakano Nuggets. Join if you dare!