The possibility of seeing a rare fireball enter the atmosphere is a good reason to stay up late this week. 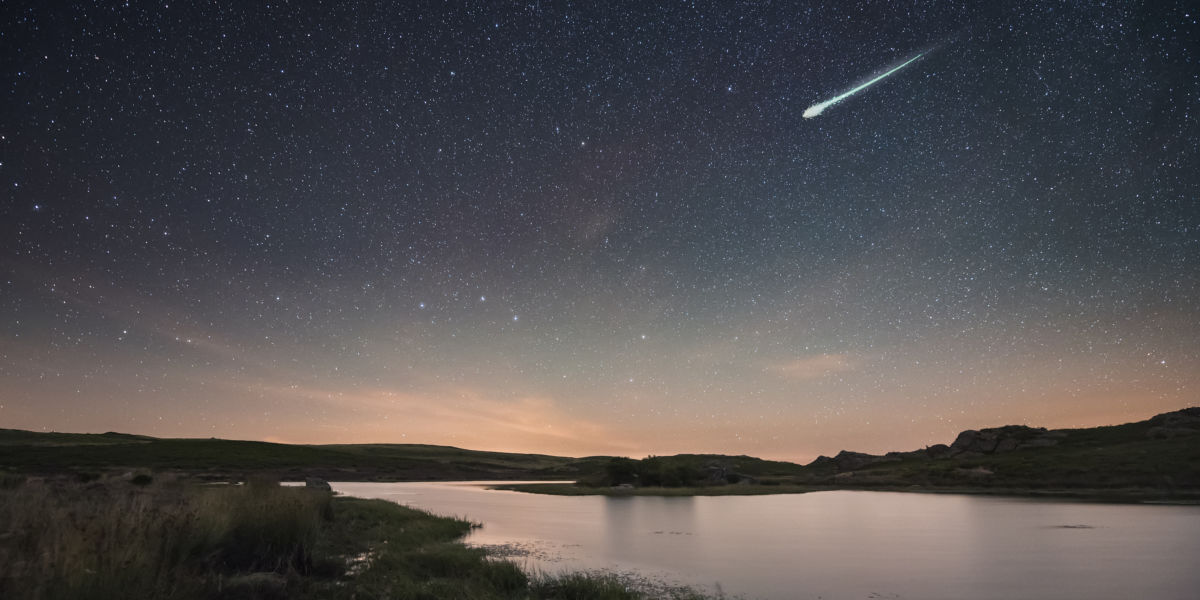 One night a few years ago, I was taking out the garbage when a light in the sky caught my eye. It was like a Roman candle, but strangely silent, and headed toward the Earth, not up. It was visible for several seconds, and then it winked out without making a sound. Unsettled, I headed back toward the house. Before I was inside, I felt a vibration through the soles of my shoes, and heard a low rumble. “First strange flares,” I thought, “And now we’re having an earthquake, too?”

An anxious hour or so later, news reports starting clearing up the mystery. What I and much of the Bay Area had seen (and felt) was an extra-large meteor—perhaps the size of a car—getting closer to the surface of the Earth than most meteors do. The sound was a sonic boom made by the big rock hurtling through the air at about 1,000 mph before disintegrating harmlessly. (The vibration I felt was caused by the sonic boom, too—this particular meteor, like most, burned up before it hit the ground.)

The annual Perseids are generally regarded as the best meteor shower of the year because they not only produce a large number of meteors—as many as one a minute at its peak—but are also famous for producing the occasional dramatic fireball like the one I saw.

How and When to Watch

How do you get to see one? The basic instructions for enjoying a meteor shower are simple: Look up. Don’t bother with binoculars or a telescope. They’ll just restrict your field of view too much. Your chances get better the more sky you can see, so try to find a large clearing, whether that’s an urban greenspace, a parking lot, or a beach. The darker your skies, the better, so do what you can to get away from city lights. (The moon will be almost full, however—not much you can do about that.) Meteor activity ramps up after midnight. The most intense period of the Perseids will occur in the pre-dawn hours of August 13, so if you’re prepared to sacrifice sleep, make it that night.

But if you’re not a night owl, or the weather doesn’t cooperate, don’t worry. The 2022 Perseid meteor shower peaks early Saturday morning, but it has been producing an above-average number of meteors each night since mid July, and will continue to do so until the last week of August. So now is a golden time to spend some time looking at the night sky.